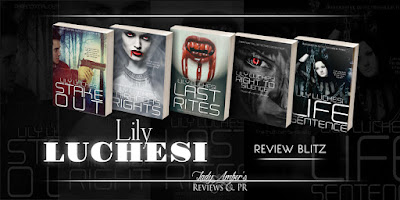 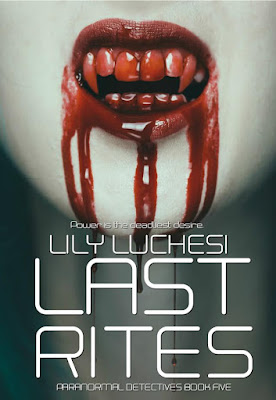 Blurb:
Power is the deadliest desire.

With Leander put to rest and the Paranormal Investigative Division taken care of by the Coven Mistress, Danny and Angelica are finally ready to take some time for themselves while Angelica gets used to her new role as the Empress and they make their relationship official.

When people close to Angelica are murdered by what seems to be a rogue vampire, their sabbatical is cut short in order for her to find the perp and execute him or her.
But this is no ordinary vampire. When the truth is revealed and secrets come to light, it will prove to be Danny's biggest test of faith yet, and Angelica's reckoning of her past, present, and future. Most of all it will raise a single question: just what makes a monster?

Lily Luchesi is a young author/poet born in Chicago, Illinois, now residing in Los Angeles, California. Ever since she was a toddler her mother noticed her tendency for being interested in all things "dark". At two she became infatuated with vampires and ghosts, and that infatuation turned into a lifestyle.

When she's not writing, she's going to rock concerts, watching the CW, or reading manga.