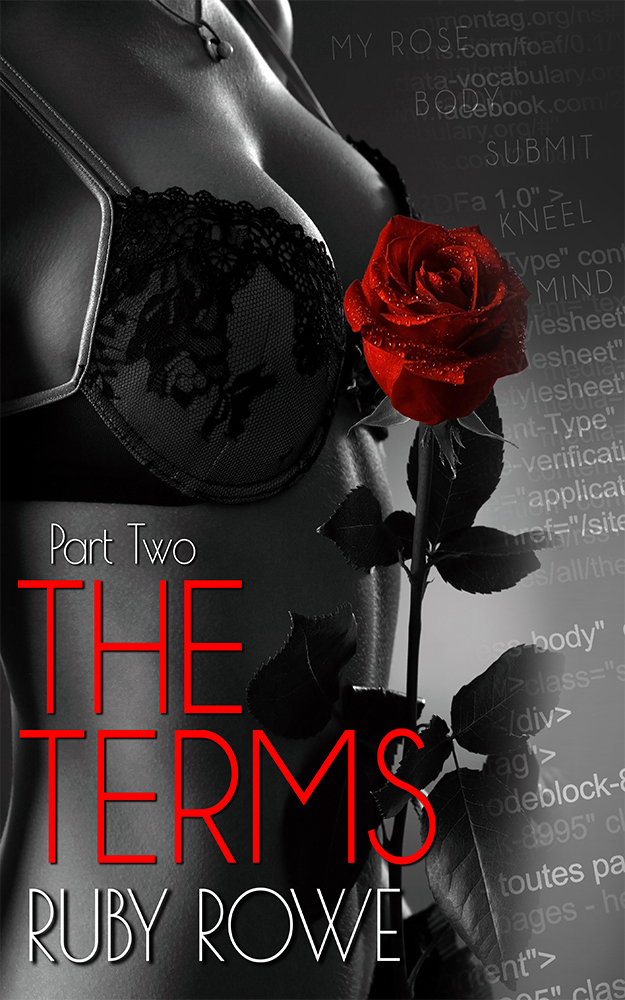 Camilla
I longed to believe my bond with Ellis was impenetrable, but in reality, I held secrets that could blow open the tightly woven seam of our newfound relationship. Would he understand how we were both victims in his brother’s betrayal, or would he take his anger out on the one person still alive–me? Could the words my sister spoke about Liam’s father be true? If so, how would Ellis and I recover from what was lost?

Christopher’s jealousy was intensifying as a future with me became even less attainable. No, I belonged to one man only, and I was going to prove to Ellis that we could overcome the past and share an amazing future. I had two important roles in life: being a mother and a submissive, and I would fight to keep them both.

Sasha
Once I left rehab, the thought of living alone during my recovery scared me, but being told I had to move in with Ellis’s attractive cousin instead of going back to my apartment was terrifying. My sister, Camilla, ran a tight ship, but she wasn’t nearly as intimidating as Greyson and the terms he laid out for me.

The reality that I was borrowing space amongst his superior existence didn’t need to be spoken. For that reason, I was blindsided when his gaze began to undress me and his touch became more than a brush of the shoulder. Greyson Burke saw something in me I was struggling to see in myself, and that meant he held the power … it also meant I had to run. 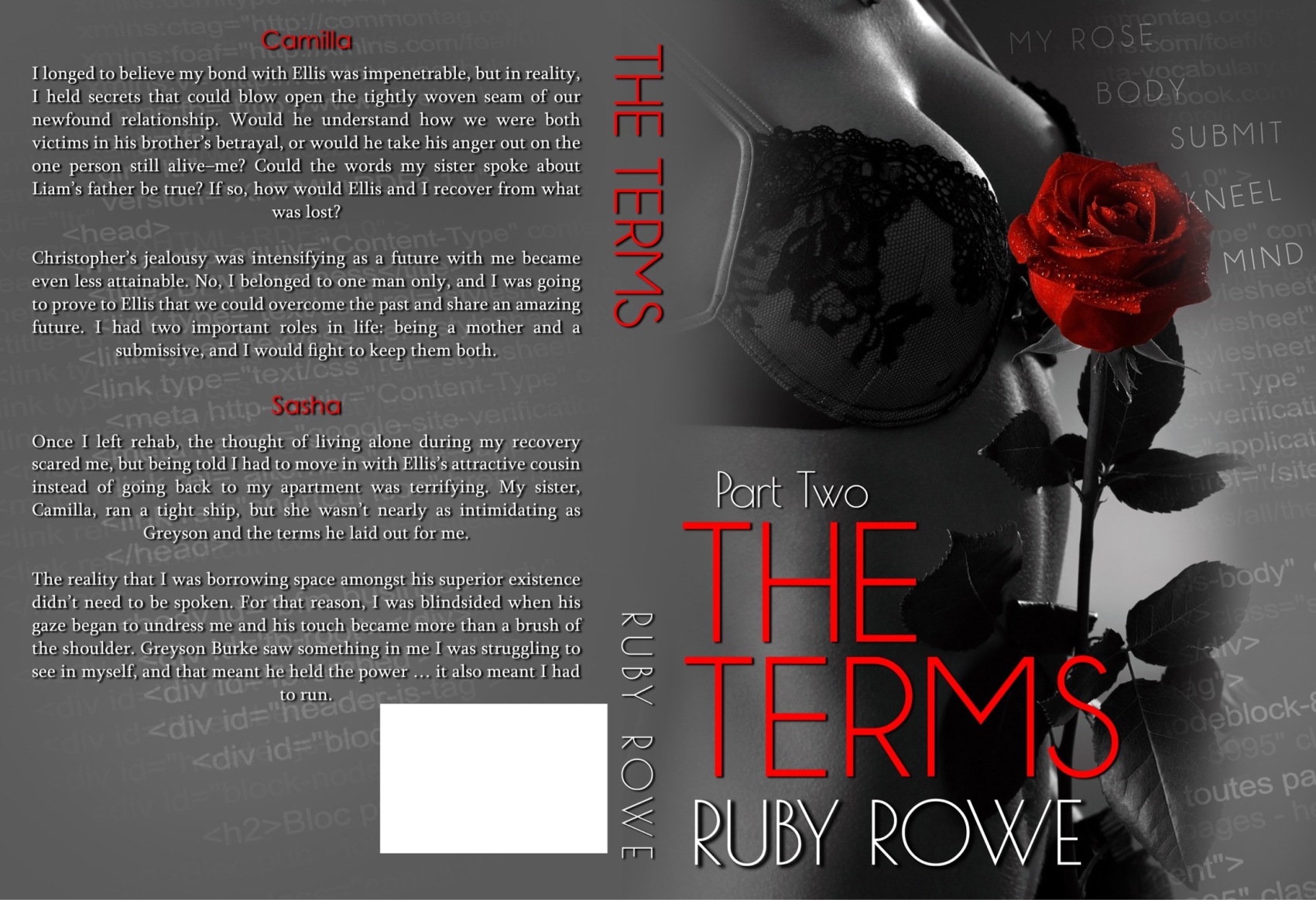 
“So, Camilla, how well do you know Christopher?” Lawrence asks with a cocked brow and thin lips that want to turn up into a smile.
Another asshole.
That’s it.
I’m done.
Time to leave.
“I have to go.” My alien family looks at me, so I lean over to Camilla. “We have to go,” I whisper in her ear and slide my chair back.
“Um, OK.” She gets up, chewing on that lip, and all I can think about is how I need a stiff drink and a hard fuck.
“Just take a breather outside,” Lawrence orders, giving me a pointed look. He’s relaying that I better pull my shit together and return to my seat like a grown-ass man, but if that’s the case, then he shouldn’t have stirred the damn pot only moments ago.
Unable to wait for Camilla, I tear off toward the exit. She calls my name, and I want her–need her, but my chest is caving in, much like the walls around me. She can’t see me any weaker.
Saying my name again, she begs for me to stop. Dammit. It’s unfair of me to do this to her, so I freeze in the lobby.
Stepping in front of me, she cradles my face. “Look at me. Let me help you through this.” Reluctantly, I gaze down at her. “I had no idea it was this difficult for you.” Tears rush to her eyes, and it pisses me off that I’m the cause of it.
“I don’t want you to see me weak.”
“You’re not weak. You’re simply not like them, so it makes sense you’d be uncomfortable here. I am, too.”
“It’s not that simple. You’re not the one trying to leave.”
“Only because I’m putting your and Liam’s needs first. His grandparents, aunt, uncle, and cousins … they’re his family and in that ballroom, so I need to present my best self to them.” Inching closer to me, she presses her body to mine. “I want to make a good impression for you, too.” She slides her hands from my cheeks to my neck and then down to my chest.
Her bedroom eyes, beneath heavy lashes, tilt up at me and stare as she licks her lips, her seduction intense and intimate, as if we’re alone in the busy room. “Let me ease your tension. Find somewhere in this place to fuck me.” 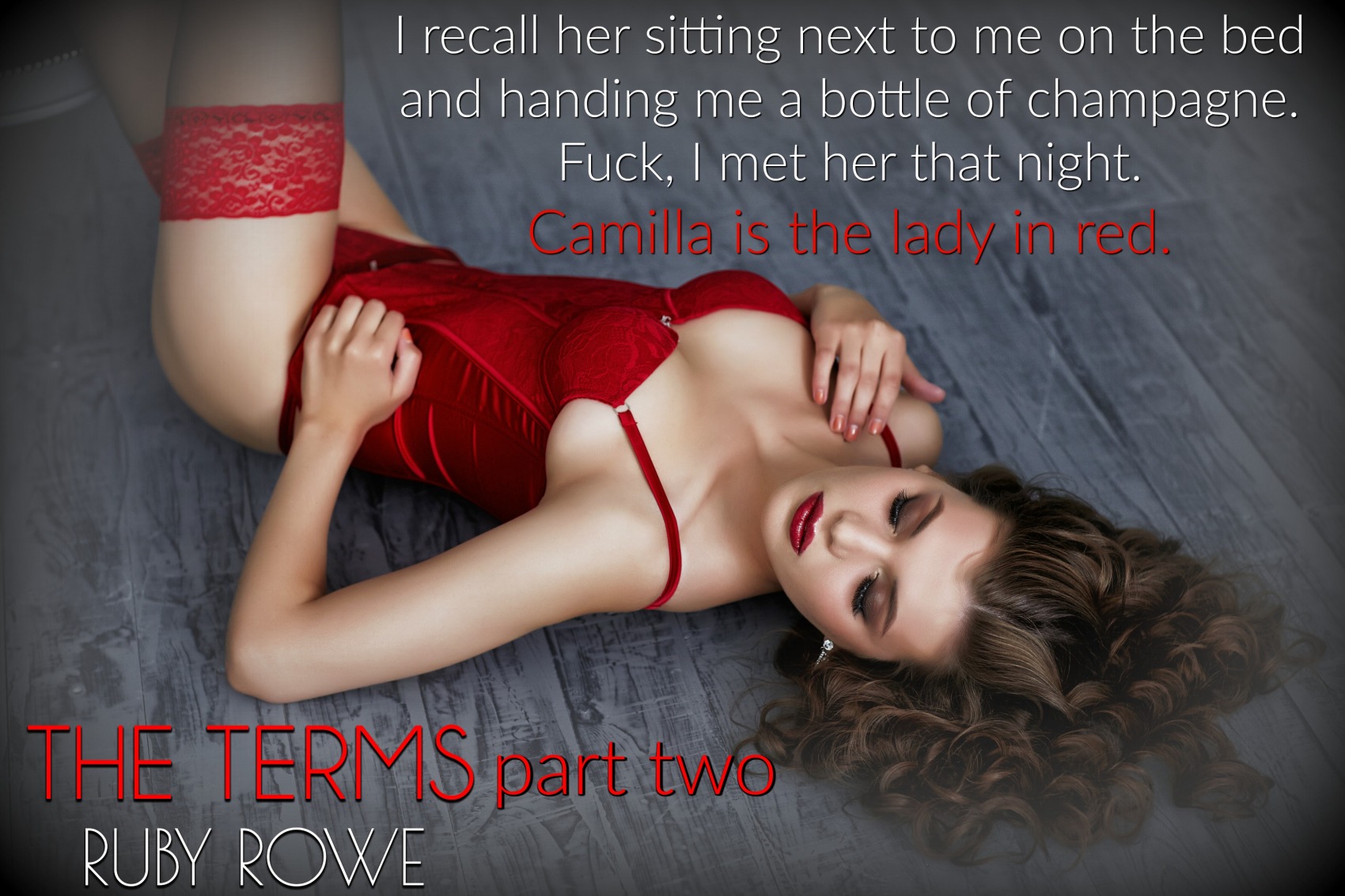 I wanted to hate her. For three years, Camilla withheld the fact that my brother had a son, Liam.

Then, Tony died without ever knowing his kid, and I was going to make sure Ms. Rose paid a price for her deceit. I also wanted Liam to be raised as a Burke. Our family’s legacy was one to carry on, so the terms were straightforward.

Live in my home.

Allow me to help raise Liam.

Oh, and agree to be my submissive.

In return, I agreed not to rip Camilla’s child away from her. I also offered them both financial security and a life of luxury. It seemed generous to me. It might’ve been simple, too, had she not reminded me of the lady in red. The one who haunted my dreams at night. Camilla’s hazel eyes were a mirror image, her sweetness more than an acquaintance to my subconscious.

I was a hacker by trade, and the internet was my best friend, sharing with me every secret I wished to unearth. I believed that until an unfathomable truth revealed itself in a different way.

Some secrets are never whispered, only sensed by the heart, and all along, my soul held the truth. It hid even from me the most important secret of them all.

I tried to keep my distance. I knew how much trouble Summer could cause me once she was, in her words, “legal.” She wouldn’t accept that being my best friend’s sister meant she was governed by another set of laws.

She was the forbidden fruit.

The “don’t look and sure as hell don’t touch” female in my life.

But Summer pushed until I was backed into a corner. My hands and mouth had nowhere to go but on her. That was my story, and I was stickin’ to it.

I’d known Colton Graham all my life, and he was always a pest … until he wasn’t. That handsome face and masculine body he grew into became hard to look away from, and the more he matured and distanced himself from me, the more I wanted him close.

Since I’d grown up with a brother, I knew how college guys operated. Relationships were off the table, and fine by me; I only wanted two adventurous months with Colton. I knew he wouldn’t be my last, but I was hell-bent on making him my first. What was the harm in that? I could do casual … or so I thought.


Summer Trouble is a Ruby Romp Novella, meaning it contains insta-lust, along with an abundance of dirty talk and graphic sex. It can typically be enjoyed in one reading, so get ready for a fast-paced “get your panties wet” ride.

Ruby Rowe began writing in January of 2013 under the pen name Scarlet Wolfe,
releasing contemporary and young adult. She soon tried her hand at writing erotica
romance and fell in love with the genre.

The pen name Ruby Rowe came about in 2017 when she decided it best to keep her
racier books separate from her young adult romances. She’d like to branch out and
release straight erotica, however, she’s a romantic at heart, and believes it will be
difficult not to include romance in every story.

When not writing, Ruby reads naughty books about possessive, hot alpha males. She has
an addiction to Pinterest, pinning all the sensual photos she can find. She loves bacon,
coffee, and other flavors of ice cream besides vanilla. ;) She hopes her writing will allow
her readers a reprieve from the real world, giving them an opportunity to live out their
fantasies.