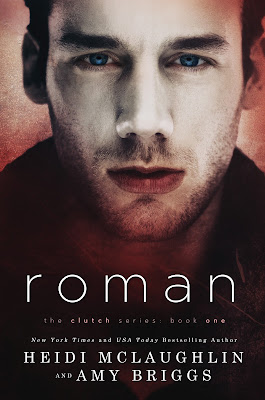 Everything about him tells her to stay away, yet she can’t seem to get the vampire out of her mind.


For Roman, humans are the bane of his existence always having to follow their rules. In all his years, he’s never needed one, until now.

For Fiona, vampires are off limits, evil members of society, until the one known as Roman crosses her path and shows her he’s no different than her. 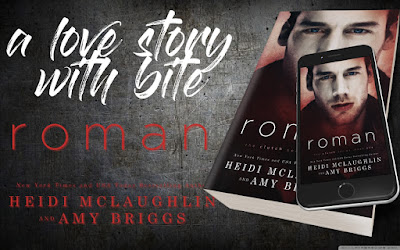 
Originally from the Pacific Northwest, she now lives in picturesque Vermont, with her husband and two daughters. Also renting space in their home is an over-hyper Beagle/Jack Russell, Buttercup and a Highland West/Mini Schnauzer, JiLL and her brother, Racicot.

When she's isn't writing one of the many stories planned for release, you'll find her sitting court-side during either daughter's basketball games.

Heidi's first novel, Forever My Girl, will be in theaters on October 27, 2017, starring Alex Roe and Jessica Rothe.

Amy Briggs is a Texas based writer. Formerly a firefighter and EMT in New Jersey living next to a military base, Amy was initially drawn to creating stories around emergency services and the military, and draws on her experiences to show the depth and emotional side of the lifestyle. Her love of fairy tales carries through each of her novels and she hopes to inspire readers to fall in love with love.