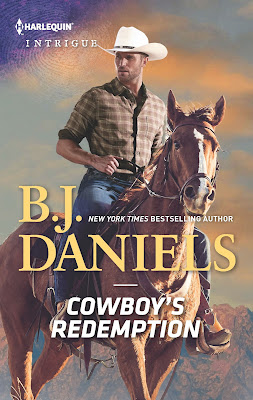 Blurb:
He gave her his heart. She gave him a daughter.

New York Times and USA Today bestselling author B.J. Daniels lives in Montana with her husband, Parker, and three springer spaniels. When not writing, she quilts, boats and plays tennis. Contact her at www.bjdaniels.com or on Facebook at https://www.facebook.com/pages/BJ-Daniels/127936587217837 or on twitter at bjdanielsauthor. 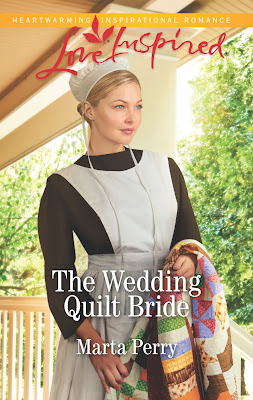 Blurb:
The single mom’s second chance… To become one of the Brides of Lost Creek!
Widow Rebecca Mast returns to her Amish community with her son and a dream—to own a quilt shop. Carpenter Daniel King is determined to help Rebecca and revive their childhood friendship. But as he bonds with her son, Rebecca’s afraid the secret she’s been keeping will be revealed. Can Daniel convince Rebecca he’s a man she can trust—and love?

I realized I wanted to be a writer at age eight, when I read my first Nancy Drew novel, The Secret of the Old Clock. Most little girl reach the end of that book wanting to be Nancy. I wanted to be the person who created the story!
The dream lay hidden for years while I became a teacher, married, had children...all the usual things. But eventually it re-surfaced, and I began to write, beginning with short children's stories for Sunday school take-home papers. It seemed a long time until that first acceptance, but eventually I began to sell. After some three hundred published short stories, I finally found the courage to work on the novel I'd always wanted to write.
Sixty-some published novels later, I still feel the same excitement every time I begin a new book--a mix of not believing I can do it combined with an overwhelming urge to see the story on the page.
A lifetime spent in rural Pennsylvania and my own Pennsylvania Dutch roots eventually led me to the books I'm writing now about the Amish. The Pleasant Valley Amish series from Berkley Books are longer, more complex emotional stories with Amish main characters, while my forthcoming HQN suspense novels are more adventure-filled books set in Pennsylvania Dutch country. I'm also writing a Love Inspired series about the Amish, The Brides of Lost Creek.
When I'm not writing, I'm busy with church activities, traveling, and spending time with my three children and six beautiful grandchildren. 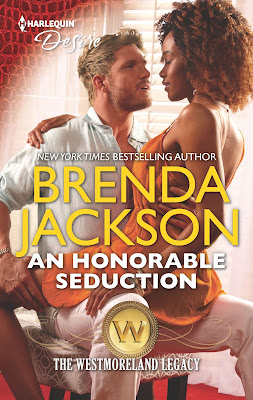 Blurb:
This navy SEAL is on a top-secret mission of seduction…
David Holloway is used to hard assignments. Now he faces his most difficult yet: cozying up to the soft curves of Swan Jamison. He wants to know the island beauty…in every way. But romancing Swan as part of his SEAL team’s mission tests his honor, even as his feelings become increasingly real. Soon he must make a choice: duty…or desire?

Brenda Jackson, New York Times and USA Today Bestselling author of over 100 novels and novellas, was born in Jacksonville, Florida. She earned a Bachelor of Science degree in Business Administration from Jacksonville University. She married her high school sweetheart, Gerald, and they have two sons, Gerald Jr. and Brandon, ages thirty-six and thirty-four, respectively. She is an active member of Delta Sigma Theta Sorority, Inc. Her professional writing career began in 1995 with the release of her first book, Tonight and Forever. Since then she has written over 100 titles, which includes a made-for-television movie by BET, One Special Moment as well as the movie, Truly Everlasting. She was a 2012 NAACP Image Award Nominee for Outstanding Literary Fiction for her book, A Silken Thread; and was named Romance Writers of America’s Nora Robert’s Lifetime Achievement Award recipient for 2012.