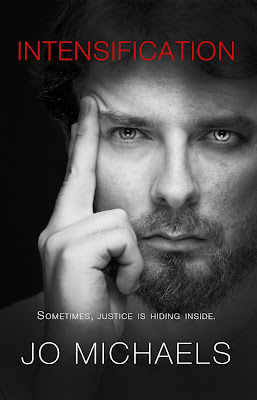 Blurb:
Detective Hank Reynolds has just been handed the case of a lifetime. Another reality TV star has gone missing, and it’s up to the Atlanta police department to find her before it’s too late. While he’s digging around, he discovers there have been nearly twenty similar kidnappings in the surrounding areas over the last twenty years, and while trying to find out more—and a witness that’s still alive—he’s dragged into a past he wishes he could erase. His dreams become nightmares about the women, and his sanity unravels. Even his eyes begin to play tricks on him, but no hallucinations are as devious as the antics of the killer—who’s always one breath away—waiting for the chance to strike again. 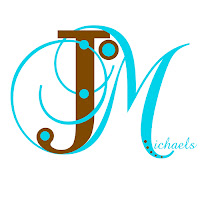 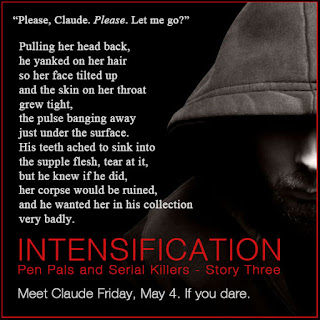 At six a.m. sharp, the alarm sounded, jolting Hank out of a deep sleep. He rolled onto his back, one hand absently slapping at the offending noise. Finally, it stopped, and he groaned. It was like he hadn’t slept in weeks, and it was starting to take a toll on him. A decision was made then and there that one of the sleeping pills the doctor had prescribed would be taken that night. Just one night of rest was all he needed to trudge on through another few weeks of restlessness.

He peeled himself out of bed, pressed the button on the coffee pot, and headed for the shower. Music poured out of his mouth, and he took the detachable sprayer and held it in front of his lips, filling the small space with crescendos and a strong, natural vibrato. It was his favorite time of day, before dealing with the people from the office, before having to get into it with victims calling about some bullshit that might or might not have happened in the middle of the night; in that moment, he was just a man with music in his soul and warm spray from his shower microphone.

Once he was clean, he stepped out and toweled off, going to the kitchen to pour a huge cup of the coffee he could smell from the bathroom. He gulped at it, loving the way it burned as it made its way to his stomach. A sigh tore out of him. Perfection.

His routine was firmly established, and the next half hour was spoken for as he trimmed his beard, brushed his teeth, and dressed for the day in slacks and a button down, strapping his gun holster over his torso. He always grabbed his wallet and badge as he left the bedroom, and those went in his back pockets. Then, he filled his travel cup with more coffee and left for the day. On the drive to the precinct, he checked his voicemail. There were three calls: One from his ex-girlfriend inviting him for drinks—delete, another from his partner about the upcoming softball game—save, and a third from someone he didn’t know from some online bullshit magazine asking for a quote about the rich-girl kidnapping—delete.

He sighed and threw the phone on the passenger’s seat, leaning back with two hands on the wheel, and finished driving to work while yelling at other drivers to pay attention to what they were freaking doing before they killed someone. Some days he was so tempted to hit the switch on the light bar so people would move the hell out of the way and he wouldn’t have to sit in traffic.

Pulling into the lot, he parked in his designated spot and got out, nearly empty coffee thermos in hand, to go up to his office. His partner was already there.

“Dude. Phones are still blowing up over that rich-girl model that went missing. Cap says we need to nail this bastard soon.” Tony thumped the desk with his forehead. “Sorry. Good morning to you, too.”

“Do we have any new information?”

“No. That’s the thing. There have been a million and one ‘hot tips,’ but none of them check out, ya know?”

Falling into a rolling chair behind a desk facing Tony’s, Hank shook his head as his anger bubbled. “Don’t know what Cap wants us to do about it if we don’t have any damned leads. The guy snatching these women might as well be a goddamned ghost! Unless there’s more than one, and if so, they’re goooood.”

“I know. You’re preaching to the choir, man.”

“I’m just so f*ing frustrated with it all.”

“Well, what do you want to do today? Beat the streets?”

“We’re gonna have to.” Frustrated, he pulled the file folder over and flipped it open. A pretty brunette smiled out of the photograph. Missing nearly a week, she’d disappeared while grocery shopping at a local store, one with no exterior cameras. He read over the report once again, but the only thing that stuck out to him was that she’d been on TV on some reality show about marriage. A few cases with eerie similarities had come over his desk the previous two years, but they’d already gone cold due to lack of evidence and witnesses, and his mind whirled. He wondered if anyone else had thought about that. I wonder if it’s a pattern.

Their captain stuck his head out the door and barked at them, “Get in my office. Now!”

With a sigh, Tony and Hank rose and went through the glass door into the chaos beyond.

They did, neither of them saying a word, Hank still clutching the file.

“I need you two on top of your game. This f*er has everyone terrified to take a step outside.”

Hank held up a hand. “Whoa. Hold on a sec, Cap. I was just thinking that maybe this isn’t random and isn’t linked with those other two sloppy snatch-and-grab jobs from Fulton County. It struck me a few minutes ago that Sharon makes the fourth young woman that’s been kidnapped in what might be a series. All four of the women I’m thinking of have been on one reality TV show or another, and all have gone missing over the last few years. That suggests a pattern, right? I’m not sure ‘Jane the Wife’ has anything to be afraid of—as long as she doesn’t live in Fulton county. My guess is, those two will be solved pretty quickly. They’re lacking the finesse of the Sharon one.”

“Right. Suggests. There’s no way to be sure of that, Reynolds. If all the women in your recollection had gone missing after being part of one show, we’d have something.”

Truer words were never spoken, and he knew it; he just didn’t really like it all that much. A kidnapper had to be established several years and have a definitive pattern, but the cases they were working had no links between all the victims, only four out of six that he could see. It also seemed the reality kidnapper had only been active a little while, but if Hank’s suspicions were correct, the guy had snatched three other women who were in the public eye, but lesser known than the most recent. Reality kidnapper. Damn, I’m f*ing clever.

“My gut tells me we’ll catch someone soon, so I want you boys looking into everything you can think of, okay? Get out there and get me some answers. I need to assure people that my guys aren’t complete morons.” Cap crushed his cigarette in the ashtray and waved his hands. “Get!”

Tony and Hank got up and left, neither of them with a spring in their step.

“Wait a sec. I’m gonna grab another cup and look at something on my computer.” Hank refilled his travel thermos, capped it, and then pulled up the previous three cases that were on his mind, scanning them quickly. He shut everything down and stood. “Okay. Ready. Let’s do this sh*t.”

They got into Tony’s black Impala and pulled out, headed for the grocery store the missing girl had been taken from. 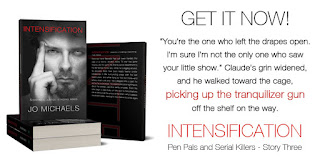