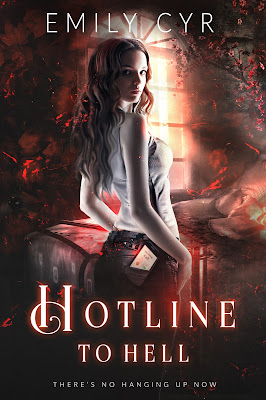 Thrust into a world she never knew existed, Kayel must help Lathan find the murderer and stop the impending war, all while fighting her attraction for the undead man she loves to hate. If she can’t learn their ways and figure out who killed Marco, then she may lose more than just her life … She may spark a war that would spell disaster for vampires and humans alike.

Hotline to Hell is the first book I have read by Emily Cyr. I really love Paranormal Romance, especially vampires, it's always been one of my favorites. Hotline to Hell is different from what I have read in the past, I really love the world Emily Cyr has built within this book. I love Lathan, his character is my fave, he's not at all what he originally seems to be. Kayel is thrown into a world she didn't know existed but soon learns its whats been missing from her life and she wouldn't have it any other way. Each turn of the page brings so much excitement, so much drama and of course so much romance and its intense! Hotline to Hell is a phenomenal read that will keep you guessing as to whats to come next, the suspense will have you wanting so much more. Emily Cyr has totally out done herself with this book and I hope like hell she brings us more because I loved these characters and need to know more. 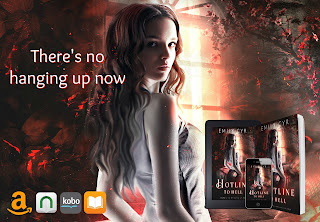 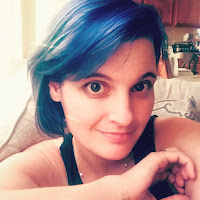 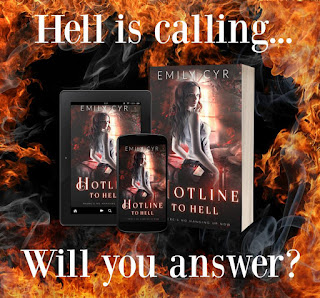