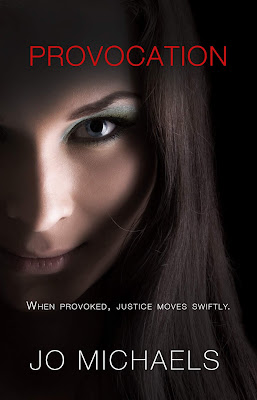 Blurb:
Tobias Butler has been sitting on death row since being sentenced for a gruesome murder in 2007. Bored out of his mind, he decided to apply to the online pen pal program in 2012. It's a pleasant distraction—nothing more, nothing less—for three years, until he's contacted by a beautiful, smart young lawyer named Jess. She's convinced he's innocent and wants to see him freed. As they organize their attack on the judicial system, he wonders how she plans to get his conviction overturned—because he's guilty, and he knows it. Jess is desperate to release him—and he's desperate to feel his hands squeeze the life out of her once she does.

Chapter 1
Victoria
Splinters of wood on the corner of the table curl up and away. They seem to be trying to escape the acrid stench of whiskey as much as Victoria is. Her father’s face is inches from her own, forcing the putrid smell through the air as he screams.
She winces as dirty fingernails bite into the soft flesh of her upper arm, and she grinds her teeth against the pain as it mingles with the ever-present terror. It’s better this way. Her mother might be saved from enduring another round of Daddy’s wrath…
***
“And then he was hitting me again.”
Victoria came back to the present, returning her attention to the patient on the couch. “How long has this been going on, Shelley?”
“He doesn’t do it all the time, you know?”
“How long?” Pressing the young woman might not have been the best idea, but duration was something that needed adding to the notes.
Nibbling on an already ragged thumbnail, Shelley answered, “Since our wedding day.” She whirled around. “But he doesn’t mean to! James is a good guy; he just has these moments.”
Little tears appeared on the yellow legal pad as Victoria wrote.
~~~
Patient has nubs for fingernails—shows distress. Likely cause is horrific encounters with abusive husband. Bruises on forearms outline as fingers. Prescribing anti-depressants and anti-anxiety medications. See entry in med script log book 4581.034—S. Whitaker.
~~~
“And he always apologizes afterward, right? Maybe cries?” It was obvious where the discussion was going, and she wanted nothing more than to rip James Whitaker’s face off. Instead, she pressed her lips together in a tight smile.
Shelley was nodding, her eyes brightening like an excited child’s. “He’s so loving. He really doesn’t mean to do it. I make him so angry when I screw things up.”
Rather than squash the newfound lightness, Doctor Ward gave a tight smile, walked to her desk, and picked up a prescription pad.
~~~
Effexor XR – 500mg 1x per day
~~~
“I’d like for you to take these.” Ripping off the first piece of paper and handing it over, she wrote on the second.
~~~
Xanax – 2mg 2x per day
~~~
She scribbled her signature on the bottom, and that one was given over as well.
Shelley squinted at the squares of paper. “Do you really think I need these, Doc?”
“I’m not sure, but I’d like you to try them. They may help take the edge off.” Or at least help you get through the next couple of weeks. Still smiling, Victoria pulled her chair across the room and turned it so she could see the woman. “Tell me about your wedding night.”
Shelley’s eyes widened. “I… I uh…”
“It’s okay. No one will ever know what we talk about in here. You’re safe with me.” Bastard already has her terrified to tell anyone what really happens. Victoria felt her face get warm as anger vibrated up her spine, but she kept her features soft.
After a deep breath in and out, Shelley closed her eyes and spoke quietly. “We’d gotten a hotel room in a swanky place, and he’d bought tickets to a show. Since we were early, we decided to go to the hotel bar for a glass of champagne—you know, to celebrate—before we went to get something to eat.”
She chuffed, and a small smile appeared on her face. “It was truly lovely. At dinner later, we had a bottle of wine. I’m not a big drinker, so by the end of the meal, I was feeling pretty good.” Her face turned bright red, and she twisted her fingers until they turned white. “We got our seats, and that’s when my stomach decided it wasn’t happy with all the alcohol I’d put into it. I knew I needed a bathroom—and fast.”
Tears suddenly poured down her face. “I got up, but I was too late. There was barely enough time for me to make it to the stairwell outside the main hall. It was all over me, my dress, and my shoes.
“I didn’t know where I was, so I wandered until I found a restroom. After I cleaned myself off, I found my way outside and went back in through the main entrance.” Snot ran out of her nose, and she sniffed. “S… sorry. I…”
Doctor Ward handed over a wad of tissues. “It’s okay. Take your time.”
Several nose blows later, Shelley nodded. Her voice had gotten much louder. “I knew I smelled awful. I mean, who wouldn’t? But I made my way back to my seat anyway.” Fingers that had been clutched together flexed open and closed, vibrating.
“Are you okay?”
She nodded but was breathing heavily. “It’s just hard to think about, you know?”
“I do. Take your time.” Malice brewed, bubbled, and burned inside the doctor; she had an idea of where the story was going. If James had been in the room, Victoria was certain she would’ve killed him on the spot.