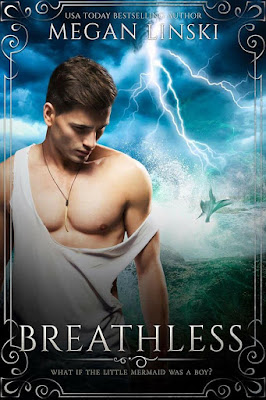 Blurb:
What if The Little Mermaid was a boy?

My name is Adrian. I’m the son of Poseidon, the prince of the sea. Oh, and I’m also a merman. But I’m sick of being underwater-- my heart dreams of living on land.

I thought I’d be stuck with fins for good, until I fell for a beautiful human. Isamaria is everything I’ve ever wanted. The entire ocean isn’t enough-- I need to be with her.

I only have one option. The sea warlock Stavros has the power to turn me into a human, so I can walk on land and be with Isa. He makes me a deal… he will turn me into a human for three days. I have until then to convince Isa to fall in love with me.

Otherwise, the entire sea-- and all who inhabit it-- will belong to him. Even worse, I’ll be stuck as a merman. Permanently.

And I’ll lose Isa forever.
**
Breathless is a fairy-tale retelling of Greek mythology and modern legend. This new adult fantasy is sure to delight fans of USA TODAY Bestselling Author Megan Linski. 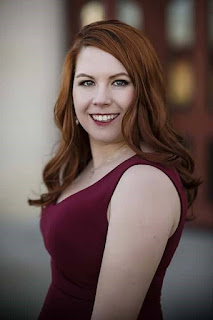 Linski is a passionate advocate for mental health awareness and suicide prevention, and is an active fighter against common variable immune deficiency disorder.