#NewRelease - More Than Anything by @EM_Denning 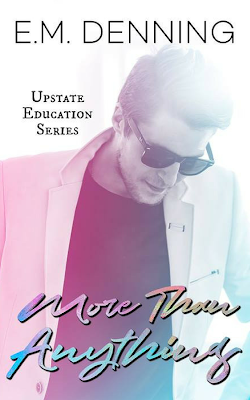 Blurb:
Joe Carpenter’s parents have pressured him his entire life. He’s always needed to do more and do it better, but as hard as he tries, he can’t seem to keep his head above water. When a friend makes an offhand comment about finding a Daddy, Joe initially scoffs at the idea—until he doesn’t. Through mutual friends, he meets not one, but two gorgeous men who are looking for somebody just like Joe.

Charles Thurston knew when he called Eugene for a favor, the younger man would come running back into his life. Thurston loves Eugene and wants more than anything to repair the damage to their relationship, but no matter how much time has passed between then, Eugene still isn’t everything Thurston needs.

Eugene lost Thurston once, and he will not do it again. The pressure to be everything Thurston needs is more than he can handle. Unwilling to accept Thurston’s attentive level of attention and discipline, Eugene comes up with a simple solution—find a third.

Joe is the kind of man who can give Thurston what he needs and Thurston used to be the only man Eugene wanted. But once they’re together, the three of them discover a shared life is a life they want more than anything. 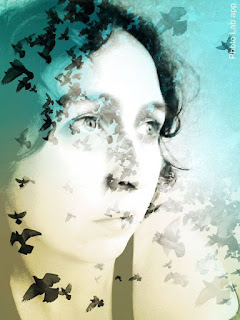