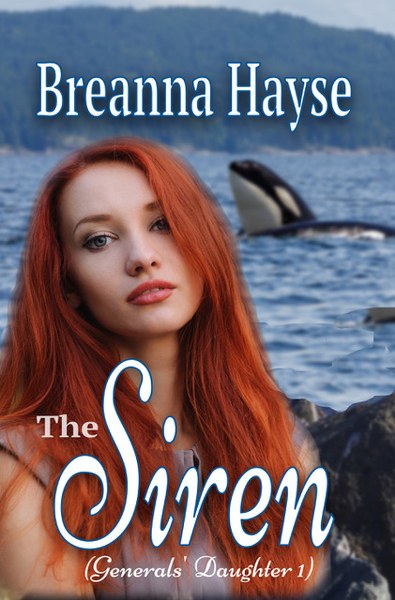 Lt.
Samantha Quimby, USMC is a beautiful, brilliant and very unique young
woman. Not only does she have the privilege of being the youngest
known Special Ops officer in the Corps, but an unfortunate accident
during a dive in the Marinas Trench leaves her permanently
amphibious! Her new found ocean freedom, combined with her unique
ability with ocean mammals and an overtly defiant and somewhat
reckless nature, wreaks havoc on her very loving, but very strict
family. Her father and uncle, both USMC Generals., and her older
brother, Michael, are in constant pursuit of trying to keep her safe
from herself and her own curiosity and often thoughtless actions. In
desperation, the three resort to old-fashioned military
discipline.

Sam
is appalled, but it does not take long for her to discover that love
can be expressed in a firm and consistent manner upon her little
bottom. Love, laughter, duty, and obedience frames the young woman's
life and, despite a constant sore backside, she couldn’t be
happier. 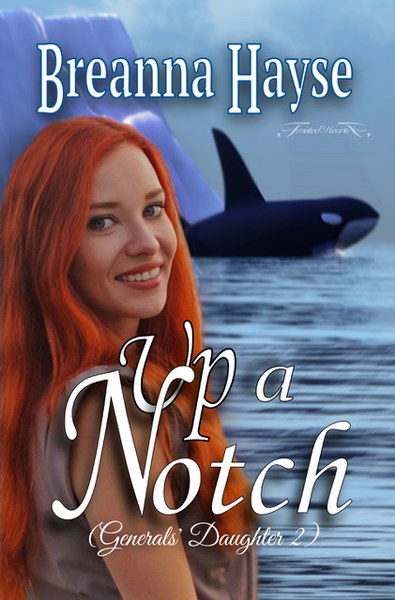 Up
a Notch
General's
Daughter Book 2

BIGGER,
BETTER, and with MORE ATTITUDE!


The
General's Daughter is back, and she's at it again! True to her
nature, Samantha Quimby finds a way to wreak havoc on the California
coastline clear up to Alaska where she defies nature itself. This
time, her entire family decides to bring things "Up A Notch"
to try to get her to understand that she is not only loved and cared
for, but that she is her own worst enemy.

This
sequel to The Siren, Generals' Daughter Book 1, finds Sam in more
precarious situations than even she can imagine as she comes of age
and discovers her own power as a beautiful and intelligent young
woman.

Her
father, uncle and brother.... along with some outside help... plan on
getting their points across to her in one way or another. Of course,
Sammi's stubbornness can only be broken through in one embarrassing
way... old fashioned discipline.

Does
this stop her from pulling endless pranks on her brother, or risking
her own safety in the 'name of science?' But she certainly has fun
trying... UNTIL she’s busted! 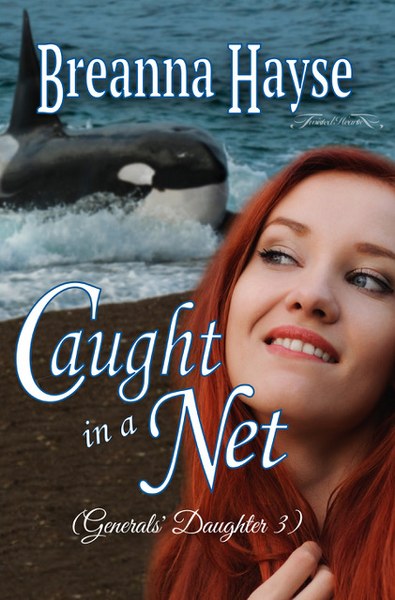 Sam’s
at it again! USMC lieutenant, Samantha Quimby, is beautiful,
brilliant and ‘an independent thinker’ whose biggest delight is
challenging the strict rules and regulations set by her commanding
general father and uncle. Even more enjoyable is when she can slip
past her big brother Michael’s watchful eye and follow her own
path. As intelligent as she is, Sam’s need to pursue her own
interests without considering the consequences subjects her
frustrated family to trying every avenue of discipline they can think
of. They conclude that nothing grabs the girl’s attention like
attending to some old fashioned military discipline and an awful lot
of love. But keeping her attention is another issue….

Her
unique abilities and physical alterations after a life-threatening
accident have also led her to ‘translate’ the cetacean code,
which the image of being ‘caught in a net’ simply means…
Trouble! After she and Michael complete a particularly dangerous
Special Ops mission, Sam faces the most difficult challenge
yet.
Love.
Lt.
Richard Lewis, a handsome engineer who seems to display the best
characteristics of the men in her beloved family… And the worse! It
doesn’t take long for Sam to discover that the serious minded young
man is determined to keep her safe, and that he won’t hesitate to
impart his firm beliefs directly to her rebellious bare
bottom!

Instead
of coming to her rescue, he family approves highly of the new
addition to the crew and the methods he uses to ensure good behavior
from their naughty, little Siren. As if it’s not tough enough for
Sam, even her best friend and constant ocean companion, the killer
whale- Ton- is now requesting that Richard joins the family in
'biting her tail flukes!'

Poor
Sammi just can't get a break... not even when she discovers her power
as a beautiful, young woman and how to use it to get her way with
Richard. Little does she know, but her new boyfriend is both willing,
and able, to turn the tide and catch his lovely little mermaid in a
net of his own design. 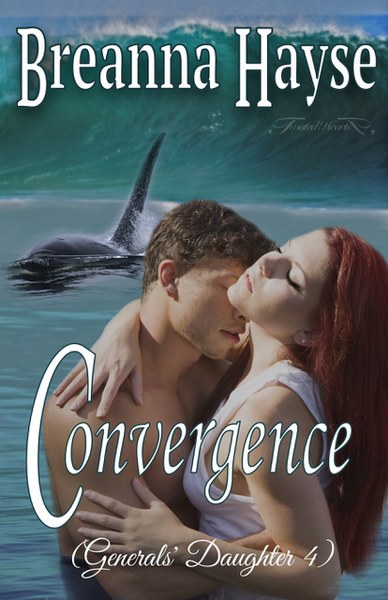 Poor
Sam! Not only does the brilliant, young lieutenant constantly find
trouble every time she turns the corner, but now she faces a dilemma
that leaves her in a quandary.


She’s
face to face with a hot, dominant man who wants nothing more than to
teach her what it feels like to be a woman, but he insists on
honoring her family’s request to wait!
When
Sam discovers she can ‘converge’ with Richard much in the way she
integrates with the cetaceans- and that she can insert a few
‘suggestions’ into the young man’s mind- she can’t help but
experiment.
The
result? Just say there aren’t enough cold showers in the world to
stop the affects associated with her new-found power, nor are there
pillows soft enough to make sitting more comfortable for Sam each
time she’s busted!
Meanwhile,
Michael’s romance with Teagan is quickly blossoming. He thinks she
might even be the one- particularly when she admits to desiring a D&S
relationship. Despite Sam’s warnings that fantasy is always better
than reality, Teagan begins to test her boundaries with her strong
alpha male boyfriend, and finds herself in a position that is NOT
what she expected. 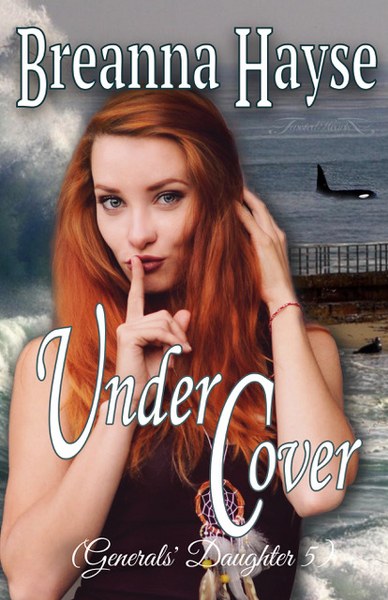 What's
Sam up to this time?


For
once, believe it or not, the trouble she's getting into isn't her
fault!

After
losing her temper and physically flattening a jerk on base for sexual
misconduct, USMC Lt. Samantha Quimby is approached by the lovely Col.
Joyce Howe under the pretense of an SJA inquiry. Instead of
punishment, Sam’s ordered on a secret assignment to investigate a
dangerous situation in a local high school where several military
dependents attend. No problem, right? WRONG.
Except
for her father and uncle, everyone believes she’s placed on
administrative leave and is allegedly sent 'back to school' to learn
how to socialize with people closer to her age. It wouldn't be so bad
if her folks were home to fish her out of trouble, but they're called
cross-country to a mandatory meeting. That means her brother,
Michael, and her boyfriend, Richard, are left in charge.
Behaving
like a high schooler is not in her blood- nor can she keep her mouth
shut in class. From rolling her eyes in Calculus to reading Tolstoy
in Russian, the girl keeps paving her way for more trouble when the
frustrated principal calls Michael to pick her up. Now, the boys can
deal with Sam’s saucy attitude, but they can't overlook her
sneaking out of the house, stealing her uncle's Hummer, or lying to
them. Yep, she’s busted- but she’s under orders NOT to tell
anyone about her mission!
If
all this isn't enough to contend with, Sam's relationship with
Richard has reached the place where neither of them can’t deny
their need for one another. Promise, or no promise, Richard’s
determined to make Sam his- and she's not about to stop him! 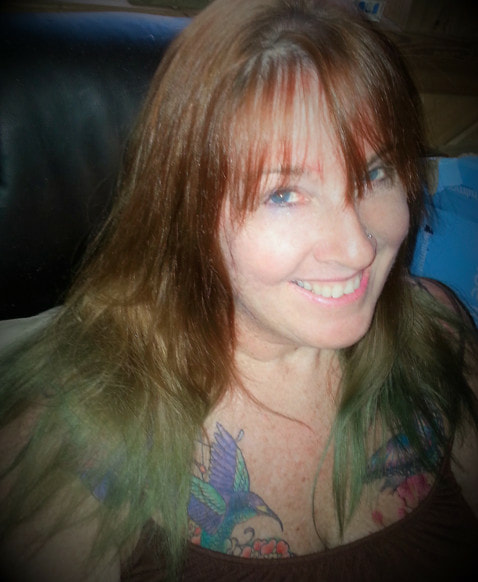 In
2004, my husband, John, and I joined forces to work with both
submissives and dominants- teaching, training, listening and loving.
Our goal was to take the mystery and fear out of the lifestyle and
mentor people in safe, consensual and healthy relationships.

My
first book, The Game Plan, was published in 2012 and opened the door
to the now-booming world of Age-Play literature. Since that time,
I've devoted my 'spare' time to writing, researching, community
involvement, and private and group pro bono counseling in deviant
behavior, alternative lifestyle, and addiction recovery.

I
live with my husband, musician, and fellow-author, John Hayse, and
two border collies in southern California. We practice a 24/7 D&S
relationship with speckles of AP (and many trips to Build-A-Bear),
and happily spend every moment together that we can. My hobbies
include my puppies, hiding my vanilla salt-water taffy where John
can't find it, exotic art, collecting inspirational trinkets, and
developing my own paddle line. You can also see me as a featured
author/instructor in professional conference settings and as a
Sexpert for kinkyliterature.com. 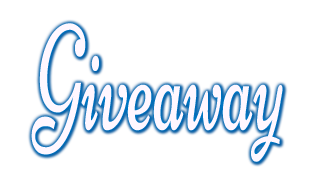