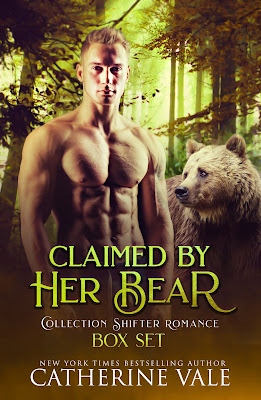 Blurb:
Claimed by Her Bear Collection: 5 scorching hot shifter romance books in one volume!
*
Inside:
Billion Dollar Bear
Bearly Magic
Taste of Honey
Dark Side of the Moon
Grizzly Heat
*

Billion Dollar Bear
Jericho Knight isn’t interested in what his clan wants. If they had their way, he’d be mated to the ruthless Ravena Hasting, just because she’s the former Alpha’s daughter.

So, what does he do?

He disappears, that’s what. Determined to enjoy his final few days before becoming Alpha, he plans to live it up and escape the watchful eye of his suffocating clan.

That’s when he meets the firecracker that makes him want to break all his rules, especially the one about never mixing business with pleasure.

Bearly Magic
Mixing business with pleasure can be a magical combination. And deadly.

The local humans don’t know it, but they live among a growing community of shifters, mages, dark elves, and vamps. San Francisco may look like a beautiful city by day, but when the lights go down, the streets are crawling with dangerous paranormal creatures.

Angela Mason works for the Order of Protection. This means that it’s her job to protect the city from dark supernatural forces, and do whatever is needed to keep the people safe, including partnering with the irresistibly handsome stranger, Cole Avery.

What she doesn’t expect, is to feel such a strong connection to the dangerous shifter. Thankfully, Cole Avery’s rule of never mixing business with pleasure should keep them focused on solving the mystery.

Or so they think…

Taste of Honey
The curvaceous Olivia Rose has always been a hopeless romantic. In fact, it’s gotten her into trouble more times, than she cares to remember – always falling in love with the wrong kind of men. So, when she finds herself being rescued by a gorgeous stranger, she expects that it will be trouble as usual.

Dark Side of the Moon
Veronica Maxwell has never fit in. Not into the cliques in high school, not even in her own family. So, she turned to martial arts as a way of venting out that anger, and that’s how she ended up in the ring, fighting her ass off, fired up and ready to compete.

Mikel Taso is used to fighting. He lives in a world of constant war; Clans fighting Clans and shifters fighting shifters.

But when his Clan is threatened by extinction, he knows he has no other choice but to abandon his planet for a thriving one: earth. And that’s how he came face to face with our kick-ass heroine, and the one woman he believes is his one true mate.

When these two fighters’ cross paths, it sets in motion a series of events that will not only test their will to survive against all odds, but to survive each other.

And Veronica isn’t going down without a fight.

Grizzly Heat
Rescuing Sonya from a fire is only the beginning. It's instant chemistry, a passion that burns as bright as the very fires that threaten to consume them.

They were destined to meet... 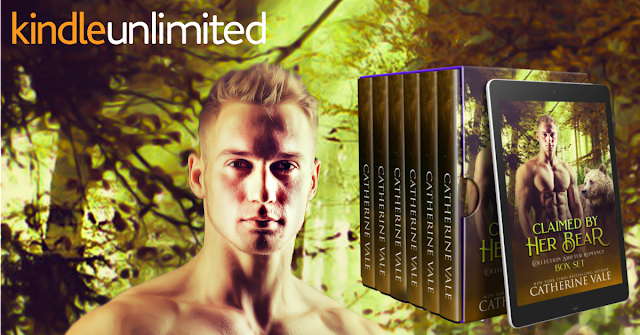