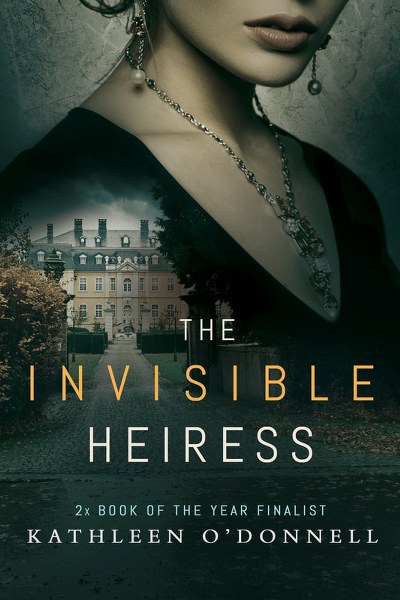 The
Invisible Heiress
by
Kathleen O'Donnell

A
psychiatric patient with a dark secret

Preston
Blair, a blogger with a dark sense of humor, is committed to a
private psychiatric hospital, accused of a shocking crime. Her father
Todd’s influence as a D.A. has kept her from prison, but her sanity
remains on a knife-edge.

A
therapist with an agenda

Preston’s
therapist, Isabel, is too preoccupied working her latest con on a
rich, married, sadomasochistic secret lover, to care about Preston’s
problems, even when Preston tells her that her socialite mother,
Harrison Blair, had committed an unthinkable crime herself years
before—one that might help explain Preston’s own misdeeds.

A
shocking secret that begs to be told

When
Preston’s absent husband, Brendan, suddenly turns up and tries to
prove her innocence, tragedy strikes. Preston’s convinced her
parents were involved, but it turns out to be much more complicated.
As Preston delves deeper into the mystery, her head clears and a
devastating event that she had long erased from her muddled mind
comes rushing back.

A
killer that cannot be stopped

Stumbling
onto video evidence, which exposes a killer’s greed and lust for
power, Preston finds her own life is in danger from a surprising and
once trusted source. She discovers that the truth hurts. It just
might be the death of her.

Kathleen
O’Donnell is a wife, mom, grandmother and a recovering blogger.
She currently lives in Nevada with her husband. She is a two time
Book of the Year finalist for her debut novel The Last Day for Rob
Rhino. You can find short stories and blog posts on her website.