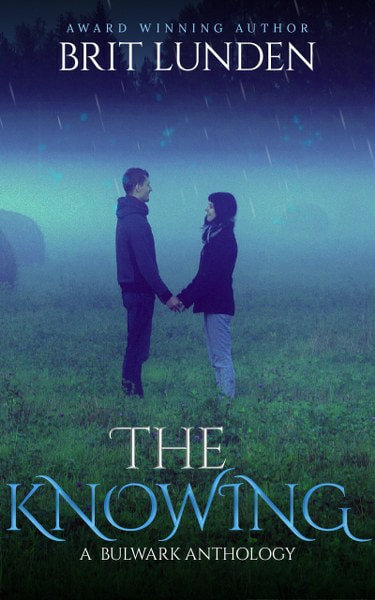 Bulwark-
a wall or stockade that protects or sometimes hides the truth from
the outside world. Bulwark, Georgia, isolated, hidden. Who knows what
strange things can happen when the rest of the world can't see you?
JB Stratton is alone in the world, and all he has left are the
memories of his beloved Ellie. Dirt poor JB and wealthy Ellie feel an
instant connection that is as intense and primal as the blood red
earth of their home. Unseen roots connect them, pulling them into an
impossible relationship. Will the memories of past lives help or
hinder the path of their love? Based on the original novella Bulwark,
by Brit Lunden, The Knowing continues the story of a town isolated
from the rest of the world where the impossible becomes plausible,
and logic is determined by reality. 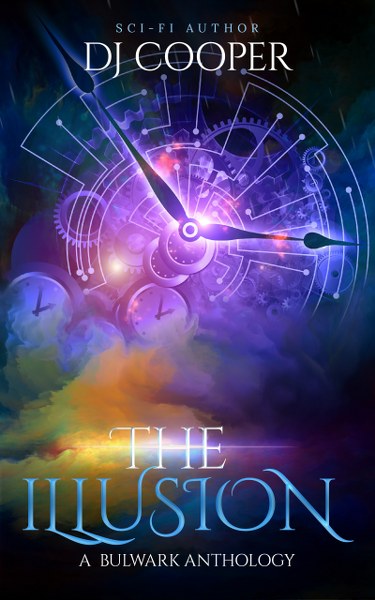 The
Illusion
The
Bulwark Anthology Book 2
by
DJ Cooper

Things
are not what they seem in the small American town of
Bulwark.


Hospital
lights flicker for no reason. Townsfolk are overcome with a salacious
appetite for the demise of others.

A
café opens in town. The food is great. It’s the unexpected
distortions in time and the surrounding world that make Peter
question his mind and his grip on reality. 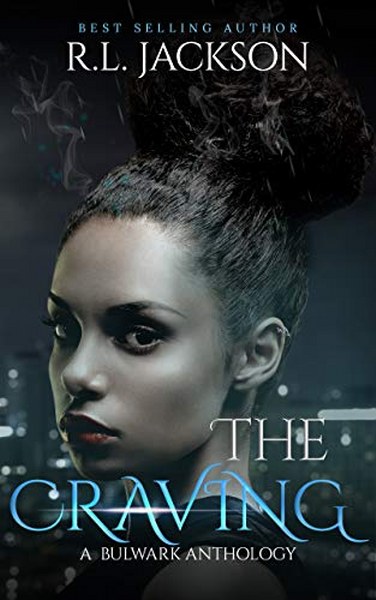 The
Craving
The
Bulwark Anthology Book 3
by
R.L. Jackson

from
the outside world.

Savannah
Daniels is looking forward to spending some alone time with her
longtime boyfriend, Marshall. Everything during this fun-filled
spring break was moving along fine, until his awkward cousin Stefano,
and his equally weird girlfriend, Sheena decide to crash the party.
It didn’t take a college graduate to realize something was
definitely up with these two blood-sucking intruders, and it isn’t
long before the true intentions about what they are and what they
want become clear.
Savannah
is powerless to stop their attack on Marshall but with capabilities
passed down from her grandmother, she finds the tools she needs to
stop them and hopefully prevent Marshall's transitioning. When all
three disappear before she can act, Savannah jumps into high-gear
tracking their every move. Finally, her journey takes her to Bulwark,
Georgia where she learns things are equally as complicated there, and
more than just vampires go bump in the night. 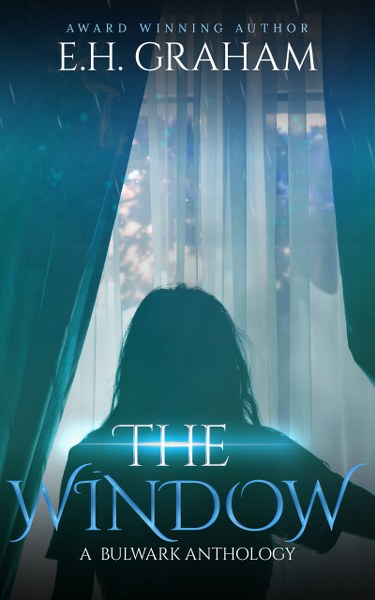 The
Window
The
Bulwark Anthology Book 4
by
E.H. Graham

Brianna
Scott has nothing but her window and pet cat to entertain her. Stuck
inside for more years than she can remember with a degenerative
disease, she has become invisible and has retreated from her small
community. Only Jim, the town grocer and old high school friend,
seems to care about her lonely existence.


However,
when the window in her living room provides her a front row seat to
the latest mysteries haunting her small town, Brianna discovers that
some things cannot be unseen.


Based
on Bulwark, a paranormal thriller by Brit Lunden, The Window is the
fourth volume in the multi-author Bulwark Anthology. 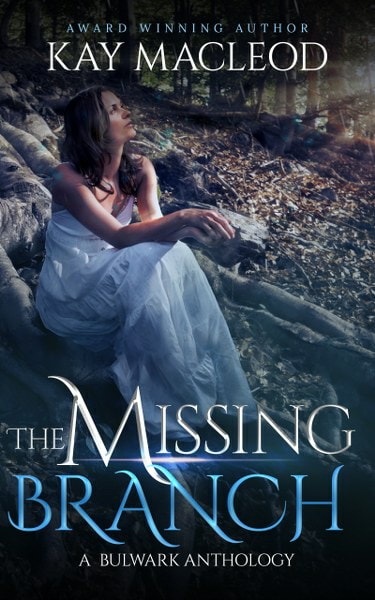 The
Missing Branch
The
Bulwark Anthology Book 5
by
Kay McLeod

Trapped
in a tedious job without fulfillment, ambitions, or a boyfriend, Izzie
Murray’s only passion is researching her ancestry. But the
beautiful mural of her family tree switches from a distraction to an
obsession once she hits a mysterious gap in the timeline. Why would
an entire family just disappear?

With
an intense craving to find the last pieces of the puzzle, Izzie
ditches her life in England to investigate the last known whereabouts
of the family - the little town of Bulwark, Georgia. Between the
unnatural behavior of the local wildlife, tales of witches, and the
overpowering draw of a puddle of weird goo, she’s only finding more
questions to answer. The instant attraction to the one resident in
town that seems to be on her side isn’t helping either.

Bulwark
does not give up its secrets easily. And sometimes things were hidden
for a reason. 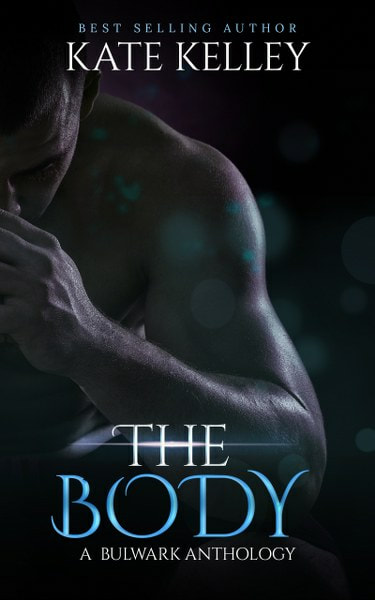 The
Body
The
Bulwark Anthology Book 6
by
Kate Kelly


Troubled
is an understatement when it comes to Rudd.


He’s
a cage fighter with a sordid past, and has no family or any friends
to his name. He does, however, have one enemy—Vic, his ultimate
rival in the cage. But even a match with Vic isn’t enough to stir
any emotions in the 28 year old man. He may as well be a shell. Body
only, no spirit.

It’s
the anniversary of his sister’s death when he takes a walk through
Bulwark’s strange woods and wanders a little too far. It’s there
in the dense, secluded gloom that he meets a glowing, transparent
woman named Lili. She isn’t real— she can’t be real, except
that she’s the only one that makes him feel anything at all. The
two form an unlikely friendship that quickly morphs into an
attraction neither can act on.

As
his final fight draws near, Rudd must face the demons of his past,
solve the mystery of Lili’s murder and deal with the inexplicable
love that is growing in his heart for someone who can never be his. 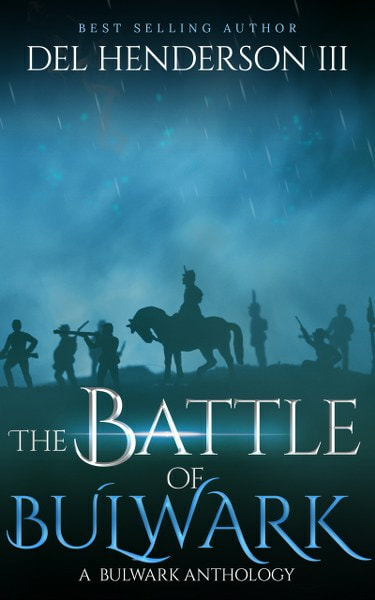 Outside
of being the sheriff's daughter, Claire Finnes' life was the same as
any other 15-year-old. However, recurring nightmares and an encounter
with dead civil war soldier send Claire and her friends on a journey
that makes her question if those nightmares really were just dreams.
As she uncovers the dark history surrounding her small town Claire
begins to wonder, can a doomed future be changed?


Based
on Bulwark, a paranormal thriller by Brit Lunden, The Battle of
Bulwark is the seventh volume in the multi-author Bulwark Anthology. 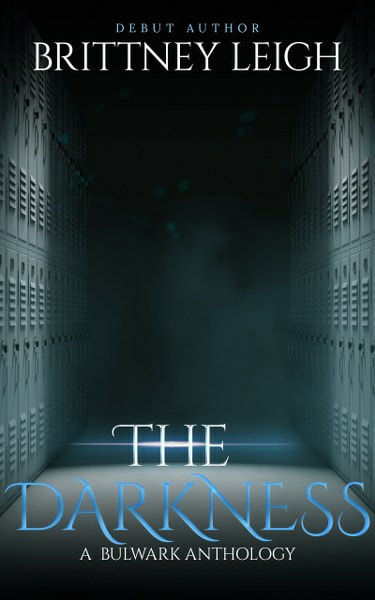 The
Darkness
The
Bulwark Anthology Book 8

Bulwark-
a wall or stockade that protects or sometimes hides the truth from
the outside world.Bulwark, a quiet town... or is it? Four best
friends, Sophia, Scott, Chloe and Chris, are just trying to manage
their senior year at Bulwark high school when Sophia realizes that
her feelings for Chris are really meant for Scott. Before she can
deal with that though, the four friends then stumble upon Bulwarks
darkest secrets when a spell is cast on Bulwark High. Students have
been disappearing and no one has any clues as to their whereabouts.
With a town curfew set and parents on edge, the four friends decide
to take things into their own hands. Will they break the spell, or
will Bulwark High and the town be changed forever?Based on Bulwark, a
paranormal thriller by Brit Lunden, The Darkness is the eighth volume
in the multi-author Bulwark Anthology 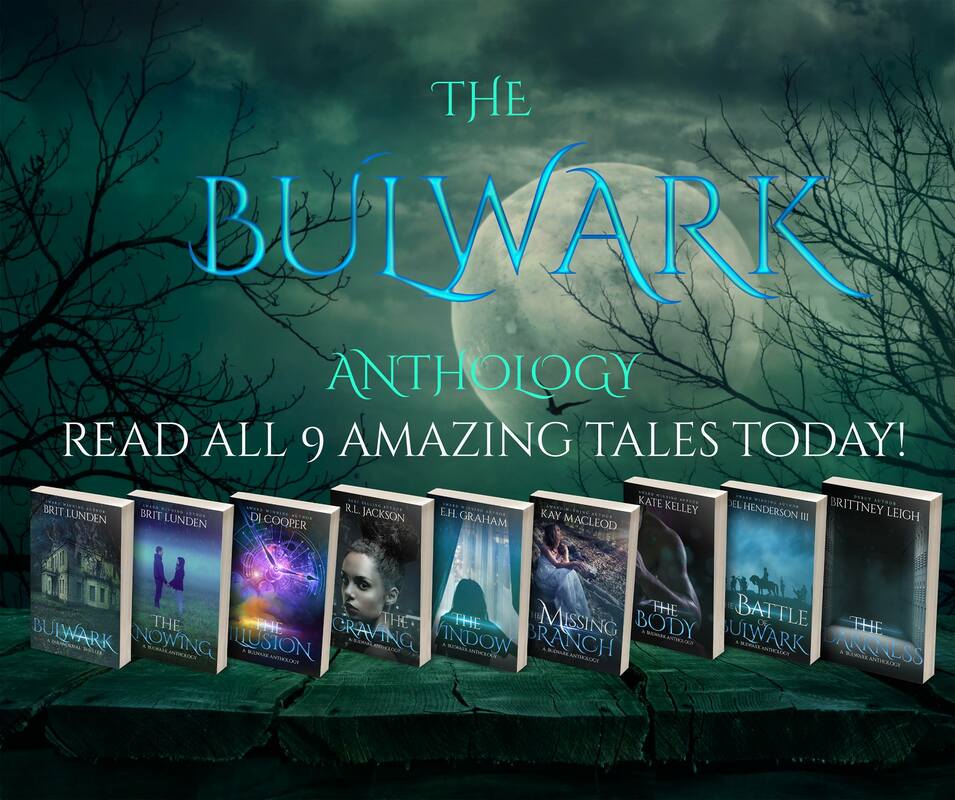 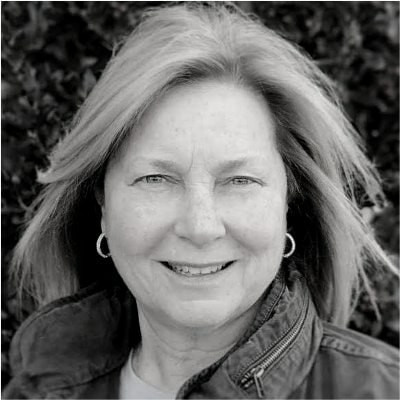 Brit
Lunden is a prolific author who’s written over 50 books in
assorted genres under different pen names. Bulwark was her
first effort in adult fiction and was chosen by several of her fellow
authors as the basis for a new series, A Bulwark Anthology.
Using her characters, they are creating new denizens in spin-off
stories to this bizarre town. Brit Lunden lives on Long Island in a
house full of helpful ghosts. 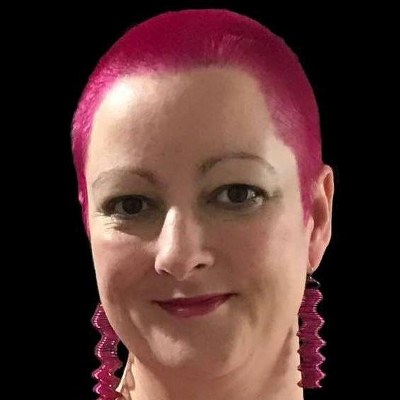 Having
grown up with a love of everything futuristic, space and macabre, DJ
Cooper
developed a vivid imagination and is known for a warped sense of
humour.
Desperately
clinging to the real world, DJ has been known to cry: Why can't cars
fly yet? Weren't we supposed to teleport by now?
In-between
large mugs of annoyingly lukewarm coffee, DJ enjoys walks with
earbuds full of loud music and ponders what it is Cossie the
fire-breathing, flying pet bearded dragon thinks about all day. 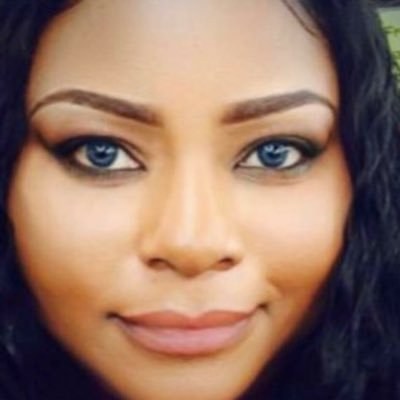 R.L
Jackson
is an independent filmmaker, magazine editor and screenwriter who
writes romance and romantic suspense with an aim for readers to, "Get
Lost In Intense Passion and Diverse Worlds." She lives in south
Florida enjoys binge-watching Netflix, uses her treadmill as an
over-sized coat hanger, but loves to dance to the Fitness Marshall
videos on Youtube. 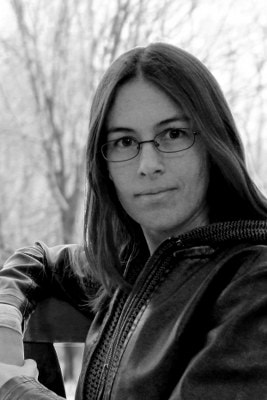 Stepping
into the world of adult fiction and penned under the name E.H.
Graham,
The Window is the debut novel of this award-winning children's
author. Whether reading or writing, Graham enjoys the escape into
worlds of mystery, fantasy and suspense. 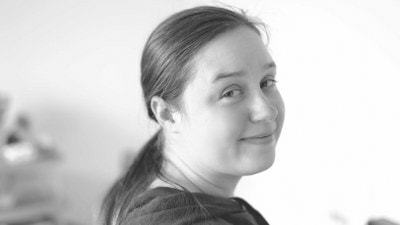 Kay
McLeod
Confession
time, I’m a fantasy addict! For as long as I can remember, I’ve
loved the concept of magical worlds.
I
was the kid with dragons doodled around the edge of her school work,
the one with her head constantly buried in a book. As a teen, I
shunned partying to play Magic the Gathering and DM Dungeons and
Dragons games.
Through
the years, I’ve always made up stories and took characters on
amazing adventures, in the privacy of my own mind. Now I want to
share them with other people.
I
live with my husband and cat in Nottinghamshire in England. When I’m
not writing (or planning something I’m writing) I’m usually
working, reading, playing bass for my church’s worship team,
playing computer games (World of Warcraft, Dragon Age, Pokemon,
Minecraft) or drinking tea.
Mmm,
time to put the kettle on… 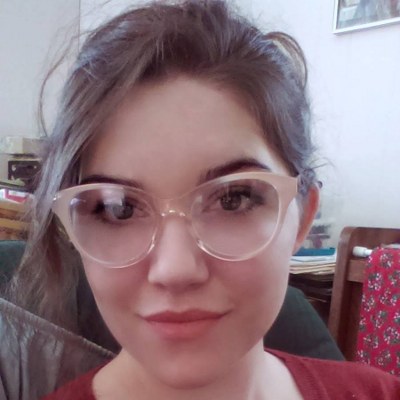 Kate
Kelley
is a writer of epic fantasy, urban fantasy, and paranormal romance.
She spends her days banging on a keyboard and chugging coffee while
two small, feral children run around her feet. 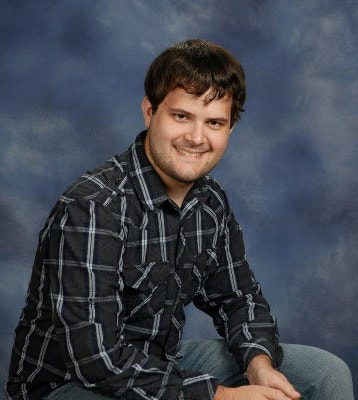 Del
Henderson III,
born and raised in Illinois, enjoys writing, fueling his passion and
love for the noble art of putting pen to paper, or more appropriate,
keyboard to computer. Diving into pure imagination he has produced
works that grip his reader's minds with mystery and suspense as they
are brought into the fascinating world of fiction. 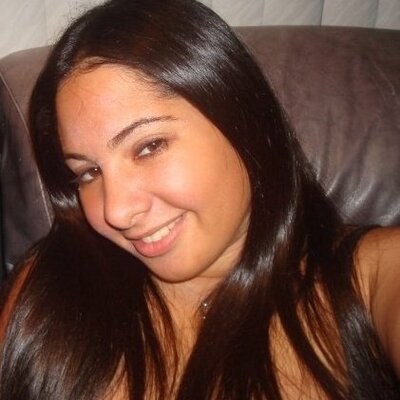 Brittney
Leigh
is gracing the Bulwark anthology as a debut author. She is a proud
graduate of SUNY Old Westbury College, with a bachelors degree in
Media & Communications. Gifted in singing, acting, and dancing,
she finds her voice reaches its highest ground in writing. She
resides in Long Island where the darkness of New York City comes to
sleep.