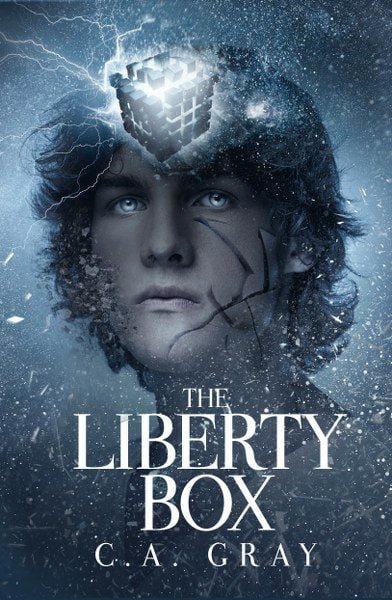 Kate
Brandeis has it all: a famous reporter at the age of twenty-four,
she’s the face of the Republic of the Americas. She has a loving
fiancé and all the success she could wish for. But when she learns
of the death of a long-forgotten friend, her investigations unravel
her perfect memories, forcing her to face the fact that she’s been
living a lie.

Jackson
MacNamera, trained from a young age in the art of mind control,
returns to the Republic for his mother’s funeral. Within a few
hours of his arrival, authorities collect Jackson and take him by
force to a room ironically called The Liberty Box, where he must
choose between surrendering his thoughts to the new Republic, or
fleeing for his freedom.

Kate,
bereaved and confused, finds her way to a cave community of refugees,
where Jackson seems to offer her an escape from her grief. The two
forge an uneasy bond, and in the process Jackson learns that Kate has
some insight which may help the hunters in their attempt to free
other citizens from the tyranny of the Potentate. Against the
expressed wishes of the Council, the hunters plot a series of daring
raids, attempting to prove that not only is freedom possible, but
that the citizens are not too far gone to desire it. But with the
odds so stacked against them, can the refugees succeed in their
rescue missions right under the Potentate’s nose? 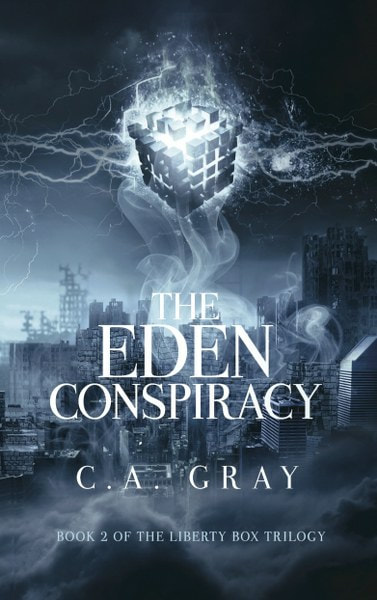 The
refugee caves have been destroyed, and most of the refugees are dead.
The Potentate now knows of their existence and will stop at nothing
to wipe them out completely. He suspects that terrorist Jackson
MacNamera is among them, as well as reporter Kate Brandeis’s
fiancé, hacker Will Anderson—and probably therefore Kate herself.
Now that the Potentate is aware of security threats, most of the
strategies the rebels used to get back onto the grid before now no
longer work. The Potentate knows the rebels are on foot, and he knows
they were at the caves not long ago—they can’t get far.

The
remaining rebels, among them Jackson and Kate, have Kate’s fiancé
Will to thank for their survival: he arrived back from the dead and
in the nick of time, bearing classified information about the
Potentate’s plans to expand his influence internationally. But the
remaining rebels and the Council cannot agree on whether their top
priority should be spreading truth far and wide and freeing as many
citizens from government control as possible, knowing that they will
likely die in the process—or escaping to New Estonia, in hopes that
they might live out the rest of their days in peace.

Kate,
meanwhile, finds herself torn: between Jackson and the fiancé she
thought she lost, and between the damsel-in-distress she once was,
and the rebel she believes she has always been underneath. Whether
the other hunters will support her or no, she knows she must use her
influence over the people of the Republic to tell them the truth, no
matter the cost. But is she strong enough to withstand the
government’s lies? 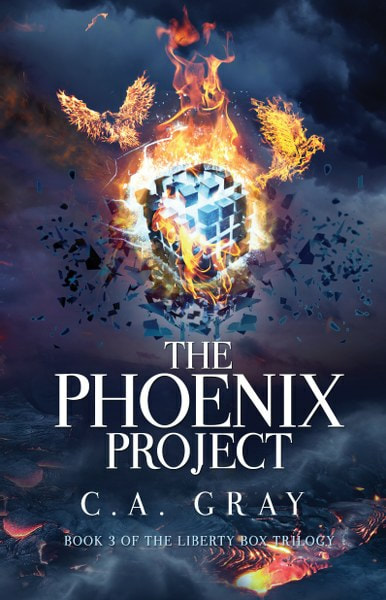 The
haven city of Beckenshire has been demolished, and most of the rebels
lie beneath the rubble. The few that remain scramble to communicate
with the the outside world, knowing that if they are to stand a
chance in the coming war, they can’t do it alone. In a last ditch
effort to grow their ranks, the remaining rebels systematically
destroy the repeaters which help to propagate the control center
signals. And it’s working: citizens in targeted cities are waking
up in droves. But Ben Voltolini will stop at nothing to quell the
uprising before it has a chance to get off the ground. And he has one
major ace up his sleeve: Kate Brandeis.

During
Kate’s broadcast to the nation, Voltolini unleashed targeted
brainwave signals against her, causing her to allow both Jackson
MacNamera’s capture, and her own. Now, despite Voltolini’s
exquisite wining and dining, she can’t seem to stop the panic
attacks. Whom can she trust? What is truth? Is there even such a
thing?

Meanwhile,
imprisoned and hopeless, Jackson realizes the depths of his feelings
for Kate only after he has already lost her. The incredible
self-control upon which he prides himself gets put to the ultimate
test when he meets an unlikely ally who just may turn the tide in the
rebels’ favor—but only if Jackson can put aside his own
bitterness. In this gripping conclusion to The Liberty Box Trilogy,
new and surprising alliances are formed, passions run high, and our
heroes learn what they are really made of. Do they have what it takes
to fight for freedom—even if it means paying the ultimate price? 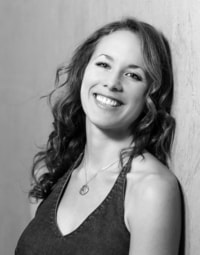 C.A.
Gray is the author of three YA Amazon bestselling trilogies:
PIERCING THE VEIL (magic and quantum physics meet Arthurian legends),
THE LIBERTY BOX (dystopian metaphysics and mind control technology),
and UNCANNY VALLEY (dystopian coming-of-age with neuroscience and
super intelligent A.I). She starts with some scientific concept that
she’s interested in learning more about herself, and then creates
lots of epic chaos and high-stakes action to go along with it. Her
stories are free of gratuitous violence, language, and sexual
content, and she abhors depressing endings… but they’re not all
kittens and rainbows either! She also listens to and reviews
audiobooks on her website, here on Goodreads, on Instagram, and on
her podcast, Clean Audiobook Reviews, where she also
occasionally interviews other authors.

By
day, C.A. Gray practices naturopathic medicine, podcasts, and writes
medical non-fiction under her maiden name (Dr. Lauren Deville). She
lives in Tucson, AZ with her husband Frank, and together they
maintain an occasionally contentious film review blog (under her real
name: Lauren Baden. Three names. Yes.) She’s kind of the queen of
multitasking—so in her spare time, she creates whatever meals or
crafts she found most recently on Pinterest, drinks lots of coffee
(Aeropress btw) and occasional wine (reds—and she saves the corks
for craft projects), works out (while listening to audiobooks), and
studies the Bible—about half of the podcasts on Christian Natural
Health are scripture meditations.

She
does sleep, too. Promise. 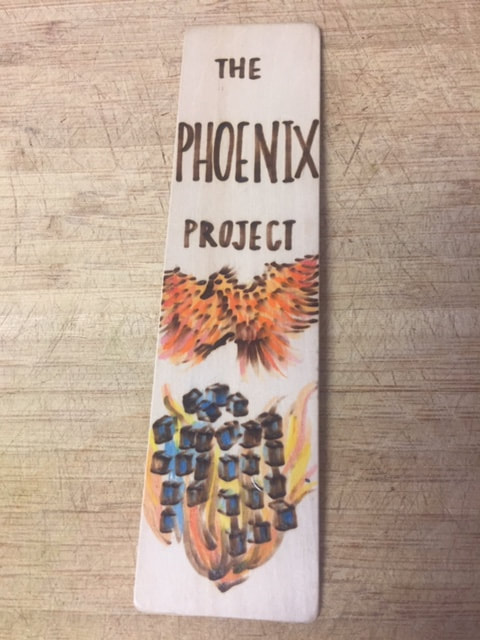