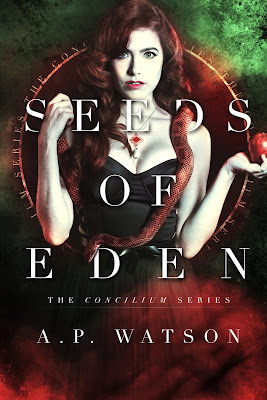 Blurb:
Visions of decapitated corpses, pools of blood, and a masked executioner have haunted Evey’s dreams for as long as she can remember. Torn between life in the waking world and dreams of the dead, she discovers her normal existence is nothing more than an illusion. As time passes, she is led to question the confines of her own sanity. What sins could she possibly have committed to warrant such a curse?

The answers Evey has longed for surface with the sudden arrival of a familiar stranger. Conrad’s mystifying appearances in her nightmares only seems to draw her closer to him, and the attraction she feels for him is undeniable.

But when he confesses that their fates have been intertwined for centuries and the secrets of her past are revealed, Evey realizes that answers sometimes only lead to more complicated questions. Did one bite of forbidden fruit precipitate the Fall of Man? Or was a much more sinister force at work? Either way, the choices made in the Garden of Eden won’t go unpunished. If Evey and Conrad are to keep history from repeating itself, then the two of them must outrun a great darkness before it can claim their lives again. 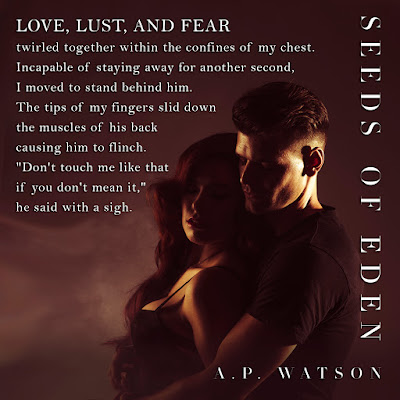 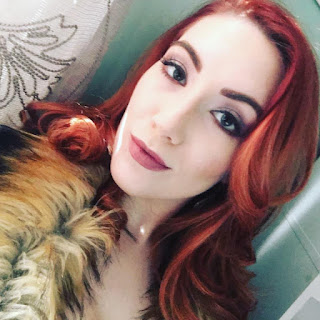 A.P. Watson is a contemporary and paranormal romance author who discovered her love for reading at a very young age due to her rural upbringing. She enjoys a variety of genres and authors, from Jane Austen to Charlaine Harris. When she isn’t reading or writing, she loves to dance. A.P. has been an avid pole dancer for several years and thoroughly enjoys the challenging nature of the sport and the thrill of performing onstage. Professionally, she has worked as a registered nurse for several years, and she graduated with a Master of Science in Nursing in 2019. Her goal is to combine her love for aesthetics and skincare by utilizing her Family Nurse Practitioner certification in the field of dermatology. A.P. currently resides in Johnson City, Tennessee, with her adorable rescue pup, Elle.
Author Links:
Web:  http://www.apwatsonauthor.com/
Facebook: https://www.facebook.com/AP-Watson-Author-580498742137787/
Instagram: https://www.instagram.com/apwatsonauthor/
Goodreads: https://www.goodreads.com/author/show/16102410.A_P_Watson
Twitter: https://twitter.com/APwatsonauthor
Bookbub: https://www.bookbub.com/profile/a-p-watson
Reader Group: https://www.facebook.com/groups/914065365413127/ 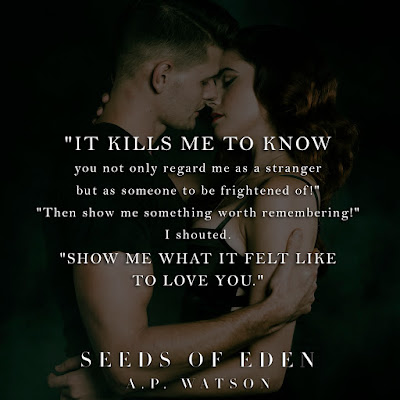 “No! Please don’t,” I sobbed. Collapsing to my knees, I stole a glance at the man kneeling to my left. The sight of him, bound in chains, was agonizing, and my need to save him intensified with each passing moment. “I’m begging you to spare his life.” My heart felt as if it were being torn asunder. An enormous axe blocked the prisoner’s face from my view, its harsh blade stained with red.
“Who are you to beg anything from me?” A voice sneered at me from the shadows, mocking my very presence.The sound came from the direction of a grand throne looming in front of me, but his face was drenched in darkness.

“There was a time when you would do anything I asked of you,” I answered, my voice shaking.
A shrill laugh echoed off every surface of the great hall. I could see his hands clench  the arms of the throne as his nails gouged the gleaming wood. “Unfortunately for you, that time has come to an end.” He lifted his hand and beckoned the masked executioner to proceed.
“No!” I buckled forward, bracing myself with trembling hands. The stone was frigid, shocking. Breath caught in my throat—I was suffocating. The tips of my fingers clawed against the floor as I began scrambling toward the prisoner. If my pleas couldn't free him, my hands would.
“Hold her still!” the man from the shadows bellowed. Someone grabbed my arms from behind. I thrashed wildly, desperately trying to free myself, but the grip was too firm. “And pry her eyes open if you have to. I want her to see this.” His words oozed with triumph and satisfaction. Dread settled in the pit of my stomach, gnawing at my insides. The man kneeling next to me was about to die, his life snuffed out as easily as a candle, and there was nothing I could do to stop it. There was nothing I could do to save him.
“Please, no!” Panic coursed through every inch of me, causing my muscles to convulse violently with the need to act. I couldn’t help but focus on the axe. It lifted, and the man’s face became visible. Brown locks of hair offset the brightest blue eyes I’d ever seen. I wanted nothing more than to stare into those eyes until the end of time, but even as I had the thought, the axe sliced through the air with a whoosh, severing the man’s head from his neck. “No!” I screamed with all the power I could muster, but my plea rang hollow with the finality of the scene in front of me.