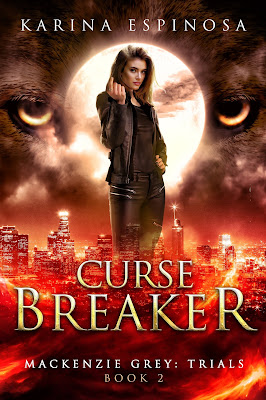 Blurb:
One Vampire. One cure.

To save her life, Mackenzie had no choice but to turn Amy into a vampire. Wrought with guilt over it, Kenz searched throughout the supernatural world and found the impossible—a cure to vampirism.
Now, led by the villainous Elders, members of the vampire community are creeping from the shadows, united by their determination to claim the elusive cure. As the future Queen of the Lycans, Kenz finds herself tangled in the web of an impending uprising and left with only one choice... run.

Can Kenz return Amy’s mortality? Or will she lose her best friend to the crushing Nosferatu curse?