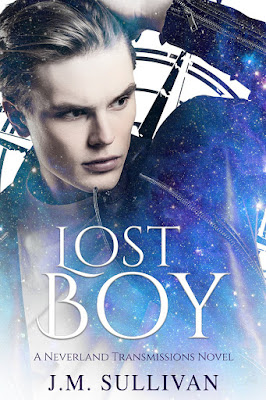 But Peter isn’t willing to wait. After marooning himself on Neverland to ensure his crew’s return home, Peter is determined to find a way off the ageless planet and back to the Jolly Roger and Wendy’s arms. Looking to the future, he presses on, until someone from his past reveals the dark secrets hidden in Neverland’s depths.
Meanwhile, traveling across distant galaxies, Wendy’s ship is failing. With systems malfunctions increasing and supplies running low, Wendy and her crew must find a way to keep the antiquated vessel afloat. But creaks and groans on an aging vessel aren’t the Captain’s only concern--there are whispers onboard, quiet voices skittering through the shadows that warn of something much more sinister. 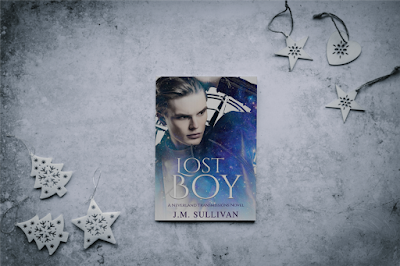 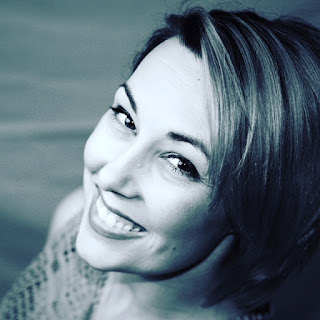 Teacher by day, award-winning author by night, J.M. Sullivan is a fairy tale fanatic who loves taking classic stories and turning them on their head. When she’s not buried in her laptop, you can find her watching scary movies with her husband, playing with her kids, or lost inside a good book. Although known to dabble in adulting, J.M. is a big kid at heart who still believes in true love, magic, and most of all, the power of coffee. If you would like to connect with J.M., you can find her on social media at @jmsullivanbooks-- she’d love to hear from you.

"Confound it, Pan! Tell your cursed machine to keep its blasted sparks away from my prosthetic!" Hooke massaged where Tinc's glowing trail of embers singed into the wiring of his metallic arm.

Peter glanced at the Captain, scowling in his chair as he batted Tinc's fluttering figure and tried to suppress a grin. For all the trouble he caused, Tinc's teasing was the least of Hooke’s atonement, but he wasn't about to tell that to the sullen captain.

"If you keep talking like that, Tinc's going to think you don't love her," he needled. Tinc buzzed a smart retort in his ear that Peter was sure would earn an earful from the recuperating pirate had he understood. As it was, Hooke scowled and twisted in his seat, cursing as he flexed his stiff limbs.

"What kind of first mate is a glittering pixie," Hooke grumbled, eyeing Tinc as she buzzed around the cramped cabin. He covered his prosthetic, protecting its exposed wires from her golden sparks cascading in a shimmering trail.

"Tinc is an advanced, highly customized piece of tech," Peter argued. "Her capabilities are uniquely suited to assist me in any tasks I might require. And," he added with a wry grin, "she's got a great sense of humor."

Hooke scowled. "A mechanical bug with jokes. The ideal companion."

Peter's eyes narrowed. "Better her than a half-keeled pirate with a god complex. And yet," he gestured to Hooke, allowing the hanging silence to prove his point.

"And yet." Hooke's lips pressed in a tight line. He sighed and glanced around the room, his face pinched in steely disapproval. "Not that it's accomplished much," he groused. "Trapped on a half-rate barge with a gear-grinder at the helm while I sit, demoted to a tinned sardine. At the very least, you could let me study the charts. Captains need to be useful, Pan. It's in our blood."

Peter arched a brow at Hooke’s criticisms. "Why Captain, it almost sounds as though you don't appreciate the challenge,” he mocked. “Bad form."

Hooke bristled. "A challenge does not have to be appreciated to be overcome, Pan," he grumbled, wincing as he flexed his metallic fingers. Although the Captain had been slowly recovering his strength, he had struggled with the prosthetic since the onset of their voyage. Peter glanced over at the metal limb, rusted and tarnished with age.

"I could take a look at that, you know." Hooke glanced up, surprised. Peter shrugged. "If it will get you to stop whining."

Peter rolled his eyes. “Whatever helps you sleep at night,” he said, but peered at the rusting prosthetic. He felt along the ridges of the tech to assess what he could easily adjust. He reached in his pocket to retrieve his screwdriver, then deftly tightened and loosened some of the sticking pieces and stepped back with a triumphant smile on his face.

"Odds bobs." Hooke wiggled his clunky metal fingers. The movements were still slow, but they were less stiff. "You never did disappoint when it came to machinery."

Peter stiffened at the backhanded compliment. A handful of snide retorts rushed to his lips, but he bit them back and nodded. "Tech doesn't keep secrets. It tells you where it stands. What you see is what you get." He met the captain's gaze with a challenging stare, then swiveled to face the navigation panel. "You don't have to worry about being lied to," he finished under his breath.

He looked at their progress. According to the trajectory, they had made good time, and with their Stjarnin escort, he was confident they would close the gap between their vessel and Wendy's.

He just hoped it would be soon enough.