#NewRelease - Under His Protection by @StacyVonHaegert 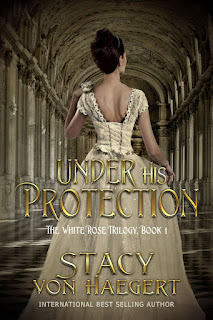 Most debutantes meet their intendeds at polite societal gatherings, not over a duel in Hyde park. However, Greyland Kingston is not your typical young lady, and her family is far from conventional.

Alexander Hamilton, Duke of Ravenswood, is about to find out how unique the family is when he becomes unwittingly entangled with the newly arrived Kingston's from New Orleans--one family member in particular.

With her spirited personality and innocent aversion to all things proper, Greyland Kingston completely throws him off his well-established game. The gossip fans start to flutter when Greyland, her two older brothers and distinguished father, make their debut. Who is this family? How do they know the Queen? Why does the patriarch look like the ghost of the long-ago Plantagenet King, Edward the IV?

Trouble ensues in the form of jealous women, ambitious men, and a vengeful Irish clan. Alexander quickly finds that having Greyland for his own will come at a steep price...

And he must risk everything to keep her protected. 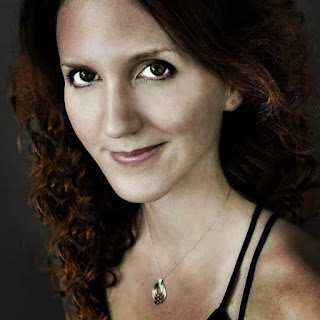 Stacy grew up in Nashville TN, daughter of a singer-songwriter and an equestrian enthusiast. When she was not tagging along with her father into music city staples like the Blue Bird or riding her mother's Arabians at breakneck speeds over the Tennessee countryside she was writing short stories and poems.

Her passion for words grew and in 2013 Stacy released her first book, Under his Protection (revised with an additional 25k words and re-released in 2020), that raced up Amazon's charts landing at #2 in the US and #1 in the UK.

Stacy currently lives in historic downtown Franklin TN where she writes by day and teaches ballroom dance in the evenings.
She is obsessed with old houses, good literature, and boogie boarding.

The sound of thundering hooves trampling over the earth brought Alex’s mind right back to the present. All three men jerked their heads toward the intrusion. A bay steed burst through the bush carrying a wild-eyed girl. Her beautifully carved slender legs were exposed up to her knees and she was missing one of her slippers.

“Damn!” she said, simply annoyed, as if she had lost a shilling rather than a thoroughbred.

“What on earth!” Perkin’s previous calm appearance all but shattered into a thousand pieces in front of them.

“Is that a wolf?” The girl’s sites fixated on Malikite, a glint in her bright eyes, her breathing coming hard, causing her small breasts to rise and fall, threatening to escape a much-too-slack bodice.

Alex stared. Who on earth had helped this poor woman dress? Clearly a dressing-maid with a vengeance. Unless the young lady before them was newly escaped from the asylum. Which might explain the entry.

The girl was completely disheveled. A twig dangled from her raven-black curls. Windblown pink cheeks decorated her milk-white skin and a bead of perspiration highlighted her cupid-bow lips. Her eyes were like the palest green of the sea, and they raged as wild as a developing storm. Never in his wildest dreams had he ever thought a woman could be this...inspiring. Captivating. Alive! She had to be from the asylum, Alex concluded. Someone’s daughter or young bride that had lost her wits and had to be committed.

Still, she was magnificent, albeit likely touched in the head. Alexander felt a stir in his fawn-colored trousers. He tried to retrieve his thoughts from their rapid downward descent. He could have any woman in London and had turned down half of them in the past month alone due to a lack of interest. Now here he was, the Duke of Ravenswood, in the middle of the park getting brought to life by a lunatic. Gone completely was the conundrum of the previous conversation with Perkin Kingston. The issue at hand now may well be his own dwindling sanity.