#NewRelease - A Secret in Onyx by @Florence_jess 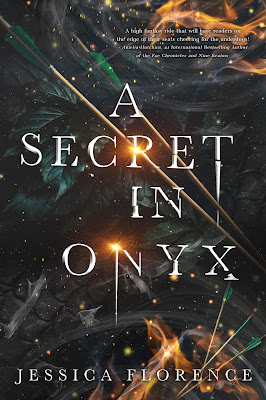 Blurb:
Everything I knew died when the end of the world came. People dropped dead, and electricity vanished. Those who remained alive were never the same again.

While on the run with my boyfriend Tor across the desolate continent, the worst humanity had left attacked. Torn from the one I love, I boldly raced for help at the last human safe zone.

Only it’s not humans I found, but the Fae.

Now I have one month to rescue my boyfriend and release a savior princess from an onyx tomb or lose them both forever. A seemingly impossible task when Rune, a cursed, pain in the ass Fae warrior is assigned to train me. He's hellbent on freeing his beloved princess and I’m desperate to save Tor. But no matter how hard we snarl during training; we can’t stay away from each other.

I thought the worst thing that could happen to me was the apocalypse. 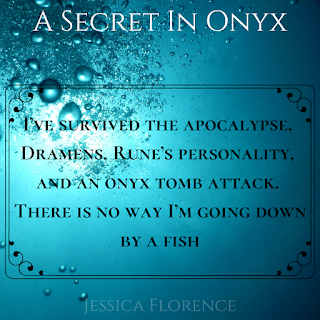 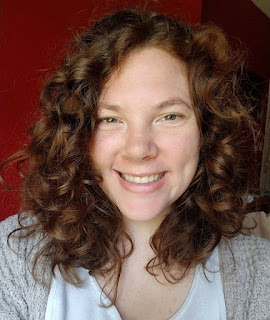 Jessica Florence writes the stories that her fellow nerds yearn for.

From Superheroes to Sexy Truckers, Jessica is known to give readers unique tales of hope where love conquers all. Stories that melt away reality and take you on a journey with the characters. If escapism is what you are looking for, then look no further. Jessica is the Queen of weaving the tales you may not normally pick up but find yourself not being able to put down.

Jessica's always had a love of reading, and her love of books lead her to start writing in the 9th grade. She quickly learned that storytelling was her passion. Inspired by movies, music, and her personal life she writes like it's the very air she breathes. Through her writing it's evident that she lives for the stories she creates.

Jessica grew up in North Carolina, and currently resides in Southwest Florida with her daughter, husband, and German Shepherd. She loves to be outside, write in her hammock, and collect tea mugs. 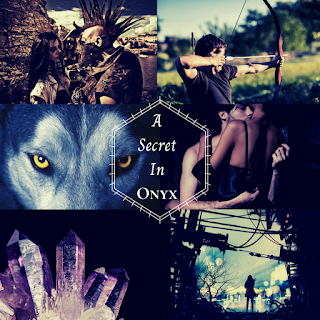 They say when mankind fell, a black flash streaked across the sky. People died where they stood. Planes and cars stopped instantly. The world went dark in mere seconds. I wished I could remember what it looked like to see planes in the sky or cars moving along the roads instead of husks of the great machines scattered across the land. Sometimes in the quiet of the night when the darkness covered me like a security blanket, I dreamed of what life was like before it all ended.
Tor, my boyfriend and traveling companion, liked to hold me close against his hard chest and recall what he remembered. He was older than me. As far as I knew, I was twenty-three years old and he was twenty-eight. The day life changed, I had been three and alone. A neighbor, Mariam, took care of me until she died six months ago. Tor wasn’t a psychopath like others I had encountered on the roads, so sticking together was the best decision for both of us.

“What were you thinking just now?” He peered at me with his chestnut brown hair brushing against his matching lashes. Rundown, he desperately needed a trim. His arm tightened around me, making me feel warm and safe.  Most of the time, I didn’t feel safe in this dangerous world. There were days when I thought it wasn’t worth the fight to survive this hell. Maybe I would just slit my own throat or let the Dramens take me and eat me. But every time I had that thought, Tor was there, as if he noticed me falling down and out of his reach.

“I was thinking about the ‘before.'” I dreamed wistfully of the past often and how different it would have been if nothing had changed.

“Of course, you were.” I didn’t have to look at his face to know he smiled lovingly at me, finding enjoyment in my dreams of the past.

“Continue the story, please. I won’t nod off, I promise.” Ever since I had met Tor, near the small community of normal survivors in what used to be called North Carolina, he’d told me tales to keep my mind busy and give me hope. Hope to keep me from the darkness that beckoned me to join the rest of humanity.

I knew in my soul he would always be there for me, in whatever way I needed, except the one way I wished to be joined with him as a couple. He always kept me at a distance instead of touching me like I knew he wanted to act upon.

“I forget where I was in the story. Had Queen Olyndria married King Lachan from the kingdom across the land yet?”

I nodded against his chest, my hands idly drawing swirls across his dirt-covered green shirt, which was soft despite the grit. “She just gave birth to the princess.”

I closed my eyes, forgetting about the “before” as he continued with the story of the magical Fae, fantastical tales of royal queens, kings, daring princesses, handsome princes, dragons, and cores made of nature inside them. They were stories from a fairy tale book, but I loved hearing them just as much as I obsessed hearing about life when things were simpler.

Tor began the story. “Queen Olyndria was a beautiful Fae with brown hair and pale skin that shimmered like a jewel. The royal Fae had gem cores, signaling their power. They lived among the world of men in a hidden realm where they helped protect us from the evil creatures who lived there. Most stayed in a particular part of the realm with their king, an awful man named King Verin. The queen finally wed a king from another land, and they had a baby, Princess Nyx. She had lavender hair and pale skin like her mother and eyes of the deepest royal purple from the amethyst core inside her.”

I sighed. Such a difference from my light brown skin, messy hair with curls of brown, and almond-shaped eyes that Tor said reminded him of a forest in spring—a bright green mixed with yellow and brown flakes around my irises. However, I had come to terms with myself, even if I wasn’t a gorgeous Fae.

Tor never mentioned what the princess’s powers were, but he said she was promised to be the most powerful of them all.  “I bet she met a prince and they had a large wedding full of dancing,” I muttered wistfully. People didn’t have parties or large weddings anymore. If you managed to not be taken by the Dramens and made into a wife, either willing or not, then you spent life in a safe community or on the road, hiding.

“I don’t think they did, actually. The Fae legends say King Verin released a darkness into the realm that took away their powers, making them defenseless to his takeover of their world. The princess would save them all, so her parents encased her in an onyx tomb. The queen used the last of her powers to save her daughter and it drove her mad. Not a very happy ending to this story.” His voice became solemn, and remorse gutted me for requesting he tell me this tale.

“Well, I’m gonna choose to believe the story is real, and eventually the princess will be released from the onyx and will save everyone, maybe even us poor humans.”

Part of me knew he made this story up to keep me distracted from the evil around us. The other part of me believed his story came from some truth. Somewhere out there, the Fae existed.

I fell asleep, thinking of a purple-haired woman encased in onyx who would one day rise and save the world. 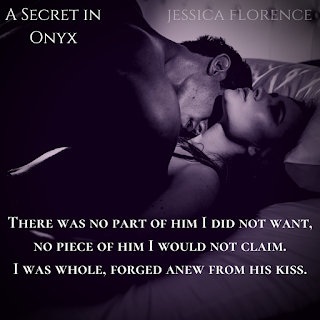