#CoverReveal - The Broken Realm by @thewritersarah 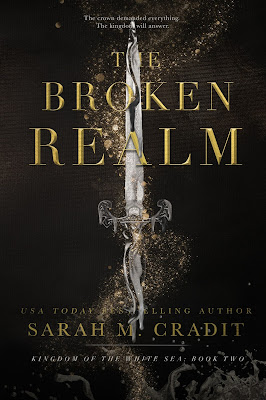 The treacherous, magical, seductive world of Kingdom of the White Sea, introduced by USA Today bestselling fantasy author Sarah M. Cradit in The Kingless Crown, continues in this thrilling sequel, The Broken Realm.

The crown demanded everything. The kingdom will answer.

Chaos paints the White Kingdom. Missing children, dead nobles, and a daring escape have created an upheaval that threatens the future of the entire realm.

The lords and ladies are armed with a powerful secret weapon as they prepare to make a stand against the crown, but the resistance has plenty to overcome before they can claim triumph. The lord-less Westerlands prepares for war with the formidable Quinlanden Guard spreading their men and cruelty to every corner of their Reach. In the Easterlands, the sorcerer Mortain cultivates his ominous influence over the enslaved Saleen, a decisive threat he could unleash upon the kingdom with a snap of his finger.

To the kingdom, it appears as if these assaults on their freedom are cosigned by the crown. It seems only a matter of time before the king’s victory becomes total.

But from his isolated throne in Duncarrow, King Eoghan has discovered his authority is not absolute. There are other powers at play, as sinister as they are resilient. Those close to him curate the facts he is fed, keeping him tucked away in the dark while they issue orders in his name. As his control spirals, and opposing forces gain ground, the king’s fragile resolve turns to desperation.

Yet, across the kingdom, a quiet but powerful awakening of magic is taking place. One that began generations ago, on a cold night in Duncarrow... 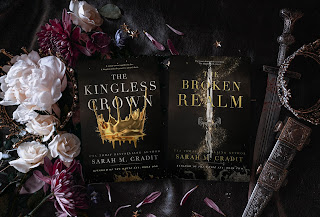 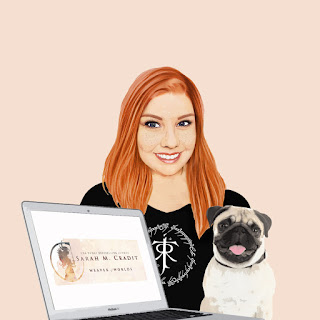 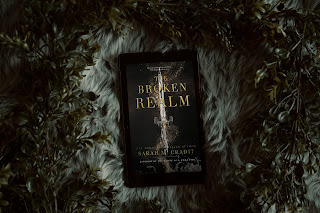