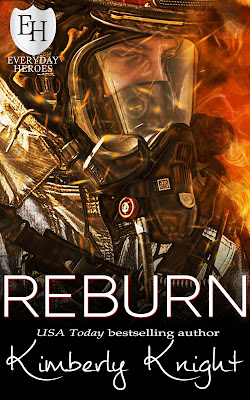 Ward Kelly had been dating Tiffany for three years. On the day he went to buy an engagement ring, something was telling him no. Good thing because he drove straight to his best friend Alec's place and caught Tiffany in his bed.

Turned out it was a blessing in disguise.

Kiera Bing was a first-year law student. The workload was daunting, and the long study hours were even worse, so one night a week, Kiera allowed herself a break by hanging with her best friend and roommate at their favorite bar. The last thing on her mind was finding love. But when Kiera meets Ward, he changes her mind about everything.

Ward and Kiera spend almost every waking moment together. Ward knew he would walk through fire for Kiera, and he just might have to. Tiffany tried to burn Ward's world to the ground once, and it looks like she’s trying to shatter it again. But sometimes, the most obvious answer will lead you in the wrong direction because if you put your trust in the wrong people, you could get burned.

And the reburn could destroy it all. 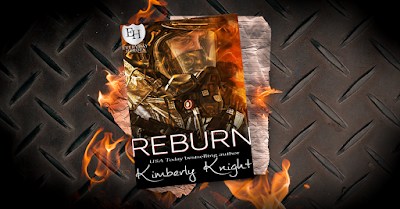 Kimberly Knight is a USA Today Bestselling author who lives in the mountains near a lake in California with her loving husband, who is a great research assistant, and daughter, who keeps Kimberly on her toes. Kimberly writes in a variety of genres including romantic suspense, contemporary romance, erotic romance, and paranormal romance. Her books will make you laugh, cry, swoon, and fall in love before she throws you curve balls you never see coming.
When Kimberly isn’t writing, you can find her watching her favorite reality TV shows, binge-watching true crime documentaries, and going to San Francisco Giants games. She’s also a two-time desmoid tumor/cancer fighter, which has made her stronger and an inspiration to her fans.
Amazon | Goodreads | Facebook | Bookbub | Newsletter | Twitter | Website | Instagram 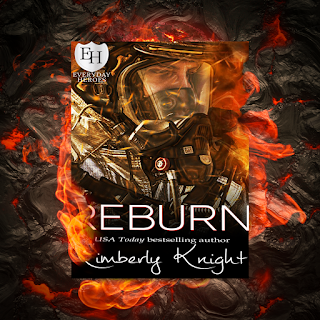