#AudioBooks - From the Grave by @TweetsByKarina 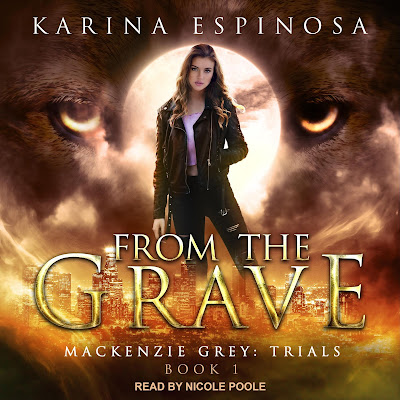 Mackenzie Grey is a lone wolf who's earned her fair share of battle scars from the past, but that's all over now. Or so she thought.

Known as the Freedom Princess, her heroic deeds have come with a heavy price when a mysterious new villain emerges, one who's intent on killing Sebastian. As a new breed of danger lurks on the horizon, secrets between Bash and Kenz pile up and her worst nightmare is realized.

Mackenzie spent the last three years learning who she was in Origins. Now she will face her greatest challenges in Trials.... 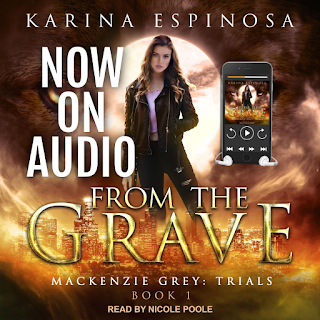 Karina Espinosa is the Urban Fantasy Author of the Mackenzie Grey novels and The Last Valkyrie series. An avid reader throughout her life, the world of Urban Fantasy easily became an obsession that turned into a passion for writing strong leading characters with authentic story arcs. When she isn't writing badass heroines, you can find this self-proclaimed nomad in her South Florida home binge watching the latest series on Netflix or traveling far and wide for the latest inspiration for her books. Follow her on social media!
Author Links:
Web | Amazon | Goodreads | Facebook | Twitter
Reader Group | Instagram | Bookbub
NOW AVAILABLE IN AUDIO!