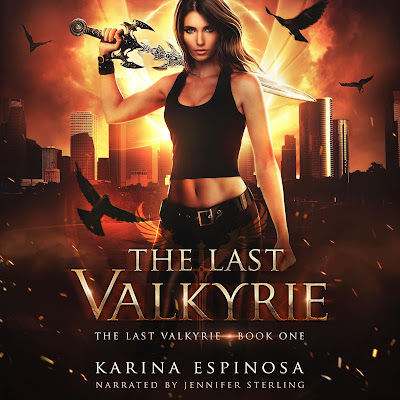 Blurb:
Raven Romero is a washed up Valkyrie who is unable to return to Valhalla, spending her days in a haze of sex, drugs, and alcohol.

When she is wrongfully accused of murder, Raven has two options: run or clear her name. With a laundry list of enemies, she has no idea who could be framing her. One thing is for sure: they know what she is and they'll stop at nothing until she’s behind bars or dead.

With no choice but to delve into the supernatural underground she tried so hard to avoid, Raven seeks aid and learns what it means to be human.

The world believes her kind no longer exists, but Raven Romero is The Last Valkyrie. 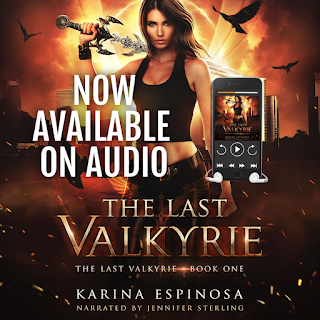 Karina Espinosa is the Urban Fantasy Author of the Mackenzie Grey novels and The Last Valkyrie series. An avid reader throughout her life, the world of Urban Fantasy easily became an obsession that turned into a passion for writing strong leading characters with authentic story arcs. When she isn't writing badass heroines, you can find this self-proclaimed nomad in her South Florida home binge watching the latest series on Netflix or traveling far and wide for the latest inspiration for her books. Follow her on social media!
Author Links:
Web | Amazon | Goodreads | Facebook | Twitter
Reader Group | Instagram | Bookbub
NOW AVAILABLE FOR AUDIO!