#CoverReveal - The City Wife by @RMCarpus 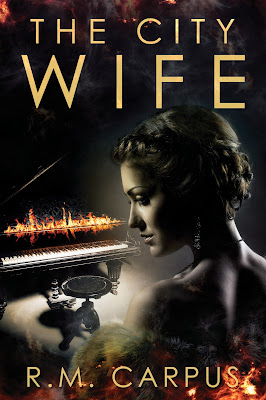 My name is Joanna, and I’m just another statistic in The City’s trail of collateral damage.

Before The Turn, my mother, Florence, was a devoted wife, iconic pianist, and tireless humanitarian. On stage and off, her humility and natural grace captivated and inspired her many admirers. Unmatched in elegance and fortitude, she was my role model and hero.

Swiftly, expertly, The City siphoned her identity and shattered the illusions of her beautiful life. It built her up, then tore her down. She drifted away, far from the person I once knew. I should have known the tide would take me with her. I'd be lying if I said I'd rather be anywhere else—with Florence was where I belonged.

As we fight for a new beginning on the Isle, can we salvage the remains of our past? Or will the delicate fabric of our history be lost forever in the apocalyptic crossfire of two worlds?

THE CITY WIFE is the first book in the ISLE OF BURTONSHIRE dystopian thriller series. Echoing themes reminiscent of THE HUNGER GAMES, LORD OF THE FLIES, and THE HANDMAID'S TALE, this suspenseful, engrossing mother-daughter drama will hold you hostage until the very last page.

Buy it now! Immerse yourself in Florence and Joanna’s harrowing journey to the Isle of Burtonshire. 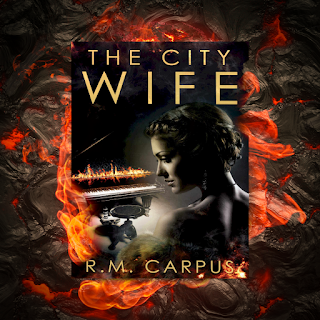 A former Floridian and Seattleite, R.M. Carpus now writes fantasy and science fiction from Philadelphia, her birthplace and current home base. She is co-founder of Impossible Things Publishing (ITP), a collaborative anthology project, and a student and tutor at Saint Joseph’s University. The aftermath following the tragic loss of her mother led her to return to her Catholic faith, which she today counts as her greatest gift and joy in life, along with her family, friends, and love for storytelling. She speaks a little French, dreams of living in the English countryside, and like most writers, runs on coffee. She's happiest outdoors—especially in the Pacific Northwest—or cuddled up at home with her animals while reading, writing, or watching classic movies.

- Don't miss a new release! FOLLOW me on BookBub for updates: https://bit.ly/3uAPeUN 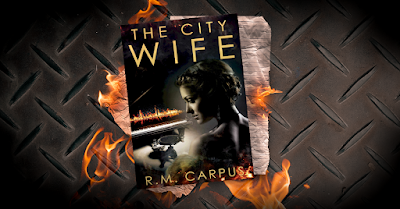 ENTER HERE FOR A CHANCE TO WIN A $25 AMAZON GIFT CARD FROM R.M. CARPUS!