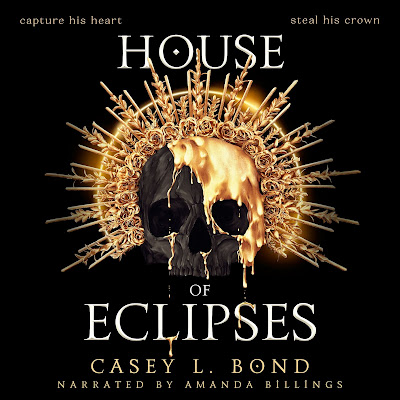 Noor is the unwanted, unloved third born of the Aten, chosen vessel of the sun goddess, Sol. While she has no chance at inheriting her father’s title, what she truly longs for is peace from his unrelenting hatred. Hope builds that she may finally be able to claim that reprieve when a missive arrives from the House of the Moon.

The new Lumin, chosen of the moon god, Lumos, seeks to broker peace with the Kingdom of Helios for the first time in ages. He envisions open trade routes and an end to archaic rivalries. His dedication to this cause extends to visions of a union between the two families by marrying one of Aten’s daughters, if one of the matches is a fit.

Driven by his own twisted agenda, Noor’s father is willing to sacrifice his daughters as pawns to steal the crown for him to further his despotic reign, pitting sister against sister in a brutal battle for power. But Noor must come out the victor, either by capturing the Lumin’s heart or stealing his crown. For whomever wears the crown of moonlight, holds the power of the moon itself. With such strength at her command, she could finally defeat her tyrannical father.

Yet this endeavor cannot be accomplished without great sacrifice. As Noor learns more about Lumin Caelum, guilt over her betrayal consumes her, burning hot as the sun itself. If only he wasn’t kind, and selfless, and exactly what she wanted. If only she had greater dominion over her heart…

Can Noor carry out her plan and end her father’s vile reign? Or will unlikely alliances allow a new day to dawn? 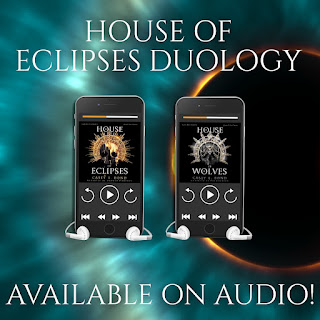 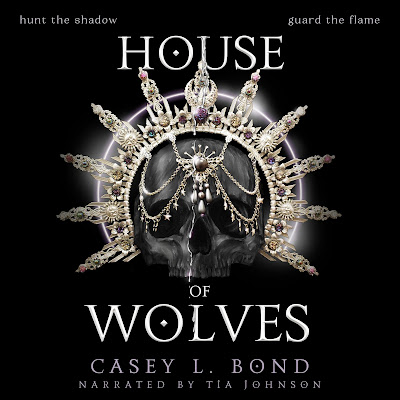 Hunt the shadow. Guard the flame.

Noor is the new Aten of Helios, having wrenched the kingdom of the sun from her treacherous father’s hands. Citali stood with her sister against him, and rejoiced when he died at Noor’s hand… But he did not go quietly.

He poisoned the thoughts of their older sister, Zarina, who believes that Noor is not who she claims and was never supposed to be Aten. As Zarina flees the temple to determine her next step, she encounters, then attacks, Citali.

Beaten and left for dead, Citali’s cries are heard by the Wolven of Lumina. In a flurry of fur and fang, Beron rushes to her aid yet fears he arrived too late. With what would have been her dying breath, Citali whispers a secret that changes everything.

Pleading to Lumos – the god of the moon – for a way to save her, Beron is provided an answer that comes at a steep price. Citali will become Wolven. The two bonded together for a lifetime. Despite their tumultuous past, Beron helps hone her new strength and senses, a primal passion now surging through her veins. But can the two stop fighting one another and work together to hunt and destroy the darkness spreading over the sands like a plague of locusts? Or will the sands of time run out for them both?

House of Wolves is book two of the House of Eclipses Duology. House of Wolves is perfect for anyone who loves enemies to lovers, young adult fantasy romance books like We Hunt the Flame by Hafsah Faizal and morally gray characters as in A Court of Silver Flames by Sarah J. Maas. 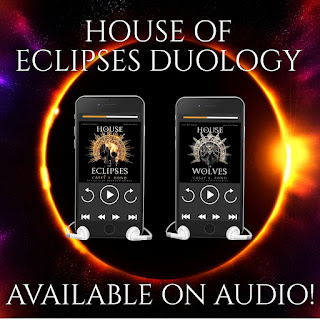 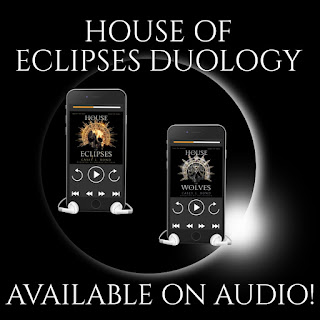