A Lycan that can’t shift is no use to anyone.

I’ve made it my mission to be useful to my pack. As pack enforcer, I’m fast and strong, but when the time comes to bond with my mate, it isn’t enough.

Rejection means lone wolf status and isolation from the pack. But when a package arrives with an unexpected inheritance, the pack that wants to shun me, suddenly has a new use for me.

Turns out, I’m the proud owner of a house in mysterious territory, rumoured to be home to a pack of beautifully twisted shifters. Hawthorne Cove is Impregnable to Lycans, but not to a half human like me.

Now I have a second chance to be accepted by my pack.

All I have to do is infiltrate the Hawthorne pack, find the source of their power and steal it.

Because once I pass the mystical boundaries surrounding the town, I’ll be absolutely, and totally at the mercy of the wolves of Hawthorne Cove.

Wolves of Hawthorne cove is a paranormal romance story with multiple love interests and a heroine who will grow into her strength and power as the series progresses. This collection contains all five books in the series: A Shifter’s Sin, A Shifters Trial, A Shifter’s Heart, A Shifter’s Curse and A Shifter’s Choice. 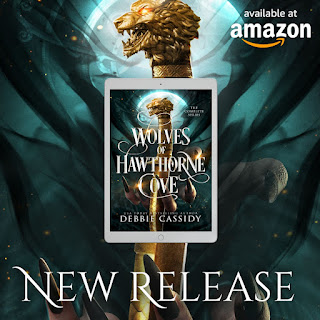 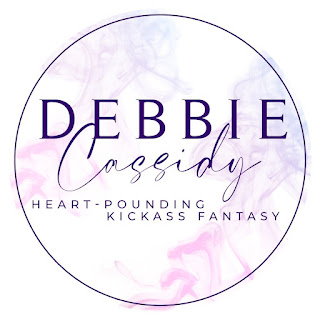 Debbie Cassidy lives in England, Bedfordshire, with her three kids and very supportive husband. Coffee and chocolate biscuits are her writing fuels of choice, and she is still working on getting that perfect tower of solitude built in her back garden. Obsessed with building new worlds and reading about them, she spends her spare time daydreaming and conversing with the characters in her head – in a totally non psychotic way of course. She writes Urban Fantasy, Fantasy and Reverse Harem Fantasy. All her books contain plenty of action, romance and twisty plots. 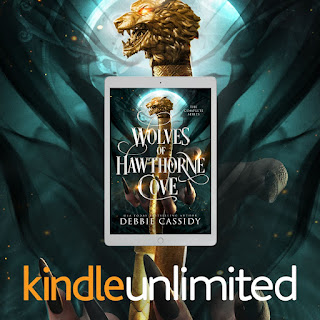