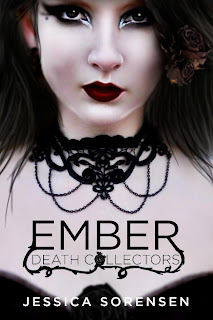 Two new guys have moved into town and they are both vying for Ember's attention, but why she has always been the outcast at her school. Ember's father had disappeared a few years ago and now everything from his accident where his body was never found is coming back in full force. There are other accidents that have happened and have the same M.O. as Ember's father, and she's the one being questioned about the disappearance of these people.

Now with the two new guys in town, she finds that she is having trouble in figuring out whats real and whats made up. Is she going crazy like everyone claims her father to be?? Asher doesn't thinks so and Camron is only making things more confusing.

Ember has always seen death all around her and its only getting worse, but when it comes down to it, will she give into evil? It's only a matter of time before the Grim Reaper comes for her.
I can not wait for the sequel to be released!! I highly recomment Ember to anyone who wants a paranormal like no other!

What if you knew when someone was going to die?

For seventeen-year-old Ember, life is death. With a simple touch, she knows when someone will die. It’s her curse and the reason she secludes herself from the world. The only person who knows her secret is her best friend Raven.

Then she meets Asher Morgan. He’s gorgeous, mysterious, and is the only person Ember can't sense death from. So when he pushes into her life, she doesn’t mind.

But when unexplained deaths start to haunt her town, Ember starts questioning why she can’t sense Asher's death and what he may be hiding. 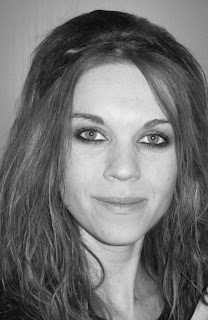 Jessica Sorensen lives with her husband and three kids in the snowy mountains of Wyoming, where she spends most of her time reading, writing, and hanging out with her family.