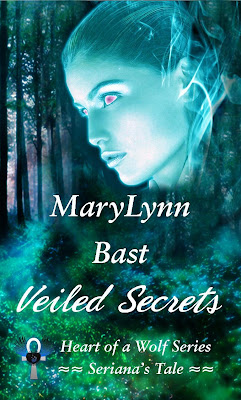 Synopsis:
Seriana Aphenithea, Princess of the Light Loxy Realm has been banned. Why?  She can’t remember. She must find her way, and her memories, if she is ever to return home.
Waking with no memory of whom or where she is, Seriana runs for her life when two beings chase her through the forest. Glowing eyes stares out at her through the darkness. Sending a mental call for help and in response, two wolves emerge.
While protecting her from the hunters who intend to do her harm, one of the wolves becomes fatally injured. Acting on instinct, Seriana merges her energies with his, saving his life. Connecting her mentally to the human the wolf turned in to. Adam and Blake are werewolves. Surprisingly this does to scare her. In fact, it triggers the beginning of her memories. She has been to the earth realm before.

With her no longer allowed to enter her own realm, Seriana must find a way to safeguard her family in the Light Realm and on earth. She has to protect those around her by ensuring no one finds out her VEILED SECRETS.

MaryLynn Bast moved to Las Vegas in 2010. As a consultant with a contractor for the US Military, she travels from base to base across the country and around the world. MaryLynn enjoys traveling and spending time with her family. In her free time she writes paranormal fantasies and erotica. 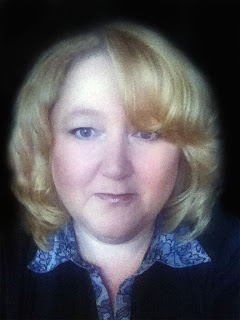 Seriana skidded to a halt when a dark shape stepped in front of her. His eyes gleamed red for just a moment and she felt her heart accelerate. She instantly recognized his scent as a vampire. Frightened, she started backing up and bumped into Adam and Blake who had caught up to her.
Adam, seeing the terrified look on her face wrapped his arm around her shoulder, pulling her back to him in a protective hug. His eyes darted to the man staring down at Seriana.
His facial features were strong; his jaw was squared and he had high cheekbones, which emphasized his somewhat hollowed out cheeks. He was not as tall as Blake or Adam, not quite as muscular either, but his presence was commanding. He stared at her with his dark eyes. His tongue quickly darted out, slipping across his lips, leaving a moist trail.
Thankfully Blake stepped in front of her, blocking the vampire from her view. She urgently looked up at Adam. “I need to get out of here now!”
Adam nodded, not taking his eyes off the man Blake confronted.
“Mind moving out of the way to let us through?”
The vampire stared at Blake for a long moment with his eyes narrowed as if he contemplated responding. With barely a shake of his head he moved back slightly.
Seriana’s mind sought Darius’. Even though she knew he was thousands of miles away she should be able to connect with him. How many vampires are in the earth realm?
Too many to count, the reason I warned you to be careful. Have your two wolves bring you outside.