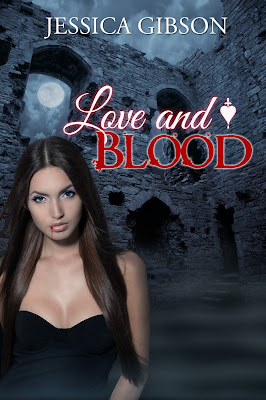 Blurb:
Bronwyn Fitzgibbons was young and reckless. It was easy for Ronan to steal her human life and make her a vampire. She ran, but she never forgot him--or how he made her feel.

Rider saved Bronwyn from the new life she loathed and the new self she detested. His love restored her sanity.

Now Ronan is back to claim her. She struggles like hell against him, but she cannot deny the overwhelming power of her maker. Will Bronwyn surrender to the one who could possess her utterly? Or can she find the strength to choose the one who loves her as she is?

I really enjoyed reading Love and Blood, there was constant drama in each turn of the page, I love the different paranormal and fantasy species in the story. However, Vamps always seem to be my fave.

Bronwyn has been in hiding from her ex lover for many years now, however he has caught up with her and is not about to let her go again. Bronwyn's feelings for Ronan has resurfaced but she has moved on and is with another, now she is faced with a choice of not only who she wants to be with but what kind of Vampire she wants to be.

As if that wasn't enough long friend, Tucker is returned to town after being gone for so long, but he has come to find the person responsible for murdering his mother and a battle is about to begin. 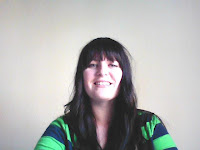 She hated herself right now, loathed what she was doing to Rider and to herself. After a while, she grew tired of hating herself; so she wandered into her room. She lay down on her bed, wanting nothing more than to turn off the horrible thoughts in her head.
She heard a soft tap at the window. She knew who it would be before she turned to look. “I can’t do this tonight Ronan; I thought I made myself clear when I left earlier.”
“You said what you wanted to say, yes? I, however, did not. I’m asking as a courtesy to you; so either open the window or I will break it.” His tone left no room to refuse.
Bronwyn got up slowly and opened the window, allowing him entrance into the room. He sat down on the bed and studied her before speaking. “Would you care to sit?” He gestured to the bed next to him.
“I’ll stand, thanks.” She shot back and leaned back against her dresser. “Say what you have to say and leave, Ronan, I’m really not in the mood for this.”
“I’m not going to change, you know that. The idea of having a soul or a conscience is absurd to me. We are Vampire!” he shouted. Ronan’s expression softened, “I love you Bronwyn; you’ve intrigued me since I first saw you. I sired you because once I spoke to you, I could not be without you.” He was next to her in a split second and he gently caressed her cheek.
Despite her earlier resolve, she turned into him and kissed his lips. “Loving you has never been the issue, Ronan; I never stopped. I just can’t stand the senseless killing.”
“Did you, yourself, not kill tonight? I tasted blood on your lips,” He said..
“I did; but you and I both know it's different.”
“It’s not.”
Bronwyn looked at him, sadly. “This is where we always end up.” Tears slipped down her cheeks, leaving behind red streaks. She tried to hold them back, but everything within her was broken. “I can’t just turn off my humanity like a switch. I refuse to do that, Ronan. I. Will. Not.” She sobbed into his chest, beating her hands against him.
“I can’t let you go,” he whispered into her hair. He tipped her chin up and brushed his lips against her. “Is this where we are then?” He whispered.
“I can’t...”
He kissed her once more and vanished into the night.