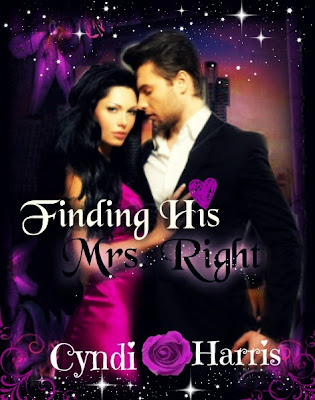 Synopsis:
Multi-Millionaire Landon Brooks has it all. The cars, the money, and the occasional fling.

Tessa Winters enters Landon's life with one goal. To find him love. Owning her own matchmaking business, Tessa hides behind her profession to protect her own heart. But working with Landon Brooks, the over confident, arrogant, playboy, throws her off balance.

Secrets of Landon's past, will crash into Tessa's present, and dredge up demons she has longed to forget.

Maybe being together is exactly what they need to heal…

Will he have courage enough to claim his Mrs. Right

Landon is the total package, he's got the looks, the money and is every girls dream. Only he seems to be having trouble finding the one. He really hasnt had the time to find the right girl, not with being a big CEO and taking care of other problems that need his attention. Finally he decides he needs some help in this department in steps in Tessa. Tessa has Landon pegged, she knows his kind, big shot with his pockets loaded and only cares about his next lay. She is amazed once she soon learns the real Landon, only now that she does its making her job a little more complicated.

A mother of two and author of too many haha. I love reading and writing Paranormal Romance. When I pick up a book that's published and see an idea I have started working on I smile because I know I'm in the right line of business. My goal is to tickle the fancy of all those who love to read, but most of all it's for me. I can't put a pen or laptop down because my brain is always brewing up a new character or scenario. So if you're like me and love to read and even write indulge into my world. 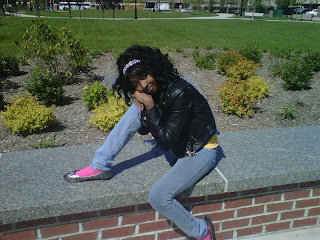 Staring over at him, I found myself totally knocked out of my seat. I half expected him to say some kind of selfish title, but for the third time tonight, Landon Brooks had surprised me. Maybe he wasn’t as shallow as the tabloids made him out to be. Heck, this was my job, trying to find out the real him. And so far, I liked what I saw—minus our first meeting.
Arriving at our destination, Landon stopped at the valet and got out. Cameras immediately began to go off, and it was a wonder how he ignored them. Handing the young guy his keys, he then hustled to my side of the car, and opened the door. Grabbing my hand, he helped me out, and everyone began shouting. The paparazzi began rushing at us, and my heart quickened. Flashbulbs immediately began going off, blinding me, leaving me genuinely scared. I’d never been in the middle of such a frenzy.
I felt Landon slip his arm around my waist, and I clutched him back tightly. Don’t get me wrong, I had been to many celebrity events, but I was never the center of attention. I was just the matchmaker who happened to be invited. Not that I was complaining, my company had been very prominent. Being here with Landon though, surrounded by vultures, was frightening. I didn’t know how celebrities handled it every day.
“Landon, is this your new girlfriend?!” A reporter shouted, and Landon smiled.
“This is the first time you’ve stepped out with anyone at an event, does this mean you’re in love?” another shouted.
“Do you want to give them a show?” Landon whispered in my ear, and before I could answer his lips were on mines.
His lips were soft, but his breath smelled of alcohol, mixed with mint. He’d obviously brushed his teeth before drinking. His mouth possessed mines, and it was a bit heady. I hadn’t shared a kiss with anyone in ages. As much as I wanted to shove him off, I couldn’t. I didn’t want to thoroughly embarrass my new client, but at the same time his gesture was very unnerving. He was definitely a selfish bastard, and hadn’t thought how this would make me look. I didn’t want my other potential clients to think I was going to sleep with them, before finding them their perfect match.
Ending the kiss, Landon ushered us towards the building. Pushing our way through the crowd, we finally made it inside the lobby. I was relieved to be in from not only the freezing rain, but the hounds that were waiting outside. Landon looked down at me and obviously must’ve noted the exasperated look on my face.