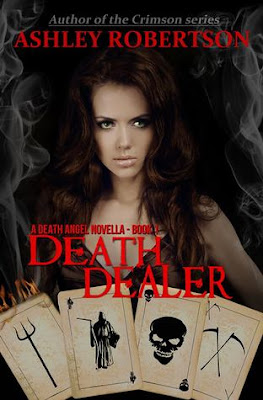 Death: a word Mia Baron was all too familiar with since the murder of her parents when she was a young girl. Her drive for vengeance was the reason she became a Death Dealer—a soul guide through the spirit realm—signing her life away in her own blood. Pain forged a concrete wall around her heart and no one or nothing would ever penetrate it…until she got what she desired most—revenge.

Deacon Gage craves justice for his own horrific tragedy that forced him into the same life Mia chose, with the same promise of vengeance dangling just out of reach. His expert training makes him an Elite—one of the few Death Dealers to ever achieve such a status—and no one can shift his focus from the blood he seeks.

But when the two are partnered for yet another job and a heart-shattering case rips open Mia’s heart, Deacon realizes he’s the only one who can save her…at a price that might be too much to pay: opening his heart to her. The clock is ticking and her life hangs on the balance of whether he can truly let go or will hold onto his desire for blood.

I absolutely love Death Dealer. Of course I love anything written by Ashley Robertson, however, this one was a little out of the norm for genre when it comes to Ashley but she still didn't disappoint. The world and story Ashley brought with Death Dealer was EPIC! The characters seemed so much more real than most even if it was Paranormal, they still were dealing with things that would hit home with a lot of people in today's society and I think that's what made this story that more awesome. I think I have been waiting for a book to blow me away, I haven't read one in a while, I've read some really good books and even some that deserved 5 stars but its been a while since I have read a book that leaves me with a book high and wanting more. I love that there was no big cliff hanger but you still knew there was more to come. I cant wait to read the next in this series.

Mia Baron and Deacon Gage have been working as partners for a while now, however, they never really knew one another outside of work. That is til Mia was handed the one thing she had been waiting for, her own Justice for her parents murder. She soon finds out that she wasn't the only Death Dealer given the same deal or that has lost loved ones however she soon finds out the Justice she seeks may not be as satisfying as she imagined. As if that's not hard enough she has to fight off all kinds of monsters in order to perform her job and that could cost her, her life. 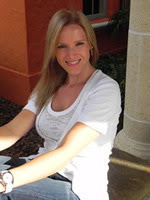 I reside in sunny Orlando, Florida and love reading and writing about everything urban fantasy and paranormal romance. When I'm not writing you'll find me spending time with family and friends, training in my home gym, traveling and exploring new places, drinking fine red wines, and making gourmet coffees with my
Nespresso machine. Visit my website to learn about my upcoming releases, guest blog posts, and featured giveaways at: AshleyRobertsonBooks.com 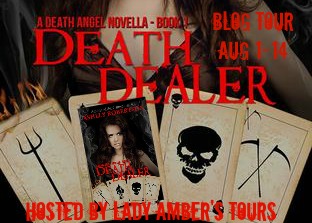