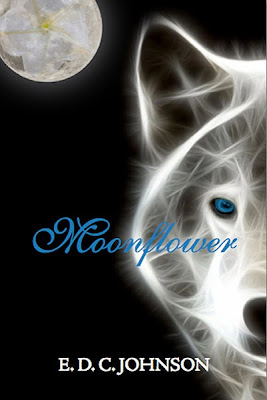 Synopsis: After Josephine Wood’s father dies of cancer, her mother up-roots the two of them and moves to the city. Josie hates her city life, but her teenage issues are of little consequence when they have a car accident and she wakes up in a strange land (reminiscent of Victorian Europe) alone. Lost, with her school backpack as the only connection to her world, Josie struggles to find her way home. She is found by Lucius Conrí, the son of a Marquess, who possesses royal blood and the gift to shift into a wolf’s form at will. Can the kind-hearted Lucius help her find her way while winning her love, or will she fall for Donovan Conrí his older, more serious brother and heir to the Conrí wealth? 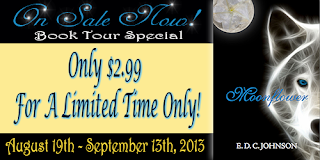 EDC Johnson grew up in the Midwest, graduating from Michigan State University with her BFA in Art Education and her MA in Art Education from Western Michigan University. She currently lives with her husband and daughter in Palm Harbor, Florida. Her decade of experience as a public school art teacher has inspired her to write fiction novels that will entice young readers. You may see some of her illustrations in Renee Mallet's: Fairies, Mermaids, and Other Mystical Creatures.

“Ok, puppy. What do you want?”
She spoke so abruptly and directly that Lucius wasn’t sure what to think. Was she expecting him to respond? The girl grabbed her bag and opened a small front pocket to produce a shiny silver rectangle.
“This is all I have but I’ll give you some if you don’t eat me,” a tone of sarcasm in her voice.
Lucius emerged from the darkness so the two of them could look at each other clearly face-to-face. Her eyes were deep brown. She placed the corner of the silver wrapped rectangle in her mouth as she let down her hair. Beautiful!
Lucius stared wide-eyed in amazement as her surprisingly long hair fell about her face, past her shoulders, and down to the small of her back. It was dark but not black like his and it softened her features. She was lovely now that he had a chance to see her closely.
He watched as she put away her hair jewelry and opened the silver wrapper to reveal some sort of cookie. She took a bite and then tore off a piece, throwing it.
“Here you go, Boy.”
Lucius tilted his head and raised his eyebrow at the idea of her throwing him table scraps. This girl was treating him like a common house dog!
“Don’t you want it?”
He stepped cautiously toward the cookie piece on the ground. It had landed on some grass and leaves. Lord knows I’ve eaten worse, he conceded. Gingerly, he picked it up with his teeth and chewed. It was surprisingly good. He tasted sweet honey, nuts, oats and berries. He lay down, resting his head on his paws.
“Did you like that?”
He raised his head again as she reached out her hand holding the rest of the delicious oat bar. He crawled forward not only to avoid scaring the girl but also in hopes that she would not throw the cookie on the ground again. Delicately, Lucius took the cookie from her hand and sat up to eat it.
The girl waited for him to finish and held out her empty hand this time. She IS treating me like a common dog, Lucius thought exasperated. He bypassed the pleasantry of sniffing the girl before allowing her to pet him. He licked her hand instead. She gasped in surprise and disgust which made him grin and pant with enjoyment.
The girl wiped the saliva off her hand and reached out cautiously with her other one. This time Lucius allowed her to touch him without reproach. He could see her relax instantly when she ran her hand along his head and shoulders. He hadn’t realized that he was leaning into her touch until she stopped.
“All right, Puppy, we’re friends now, right?” she said reaching for her bag. This time she opened the largest section of the pack and rummaged to the bottom to produce some clothing. He now noticed that her trousers and boots were wet. She must have crossed the river.
“It’s getting cold, time to change.” The girl unlaced her boots and pulled off her socks which she draped on a nearby bush. “No peeking, Puppy,” she giggled as she pulled down her trousers.
Lucius was astonished. He didn’t know where to look first. He fixated on her slender, cream white legs until he realized she was removing her undergarments as well. He quickly turned his head back toward the tree to give her privacy. When finished, she stood before him in loose fitting night clothes consisting of grey pants and a long-sleeved green shirt with white lettering.
“There. Hopefully that stuff will dry before morning.” Lucius turned to look at the bush again to see her clothing, including black undergarments, strewn upon it. Embarrassed at his behavior, he quickly looked away again. A gentleman would not intrude on a woman’s privacy.
The girl situated her boots beside her and laced up a pair of even more peculiar white shoes. She lay her bag flat upon the ground to use as a pillow and reclined.
“Too bad my jacket is still wet. It’s getting pretty chilly, isn’t it? Better than snow, I guess.” The girl spoke to Lucius as if not expecting a reply.
He grew concerned when she shuttered from a chilly gust of wind. He wondered what he could do for her. Lucius had nothing to give her here and he did not dare leave her unguarded. Shivering the girl turned onto her side trying to get more comfortable.
Lucius decided to do away with proper decorum and crawled toward her back. He didn’t stop until his body touched hers. He shared his own warmth which was plentiful in all of his fur. Lying very still he listened to her breathing while it slowed from quick shivers through chattering teeth to soft and airy through her nose.
He relaxed as well until he felt her arm reach out across his body. She started petting him, scratching his back. All of the hairs on his body came alive. It was the most exquisite feeling Lucius had ever experienced, energy running from the girl’s fingertips to his skin. He closed his eyes in his own private ecstasy lying there until she fell asleep and her hand went limp.
Sleeping next to this girl was not likely. He was all too aware of her presence, her breathing, her smell, and her touch. Lucius lay there, awake, keeping her warm until just before dawn. I must meet her, he thought as he carefully crawled away so as not to wake her.
His supplies sat only a couple of miles away now. I can be back before she wakes…and the dawn is breaking. There is little danger if I go now. He looked upon her, lingering for a moment and then hurried in the direction of his own camp.
Lucius would come back to the girl, but this time as a man. 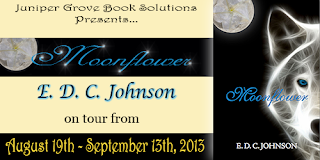