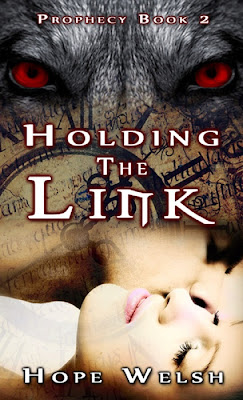 Synopsis:
Lana Summers and Cole Thomas met while fighting an ancient evil shapeshifter. Now, a month later, Lana is pregnant with their child.

Just when they are trying to cement their relationship, trouble begins once again. Lana begins to receive threatening phone calls. Is the evil shifter, Connall, back or is this new threat merely human?

Can their new relationship survive a new struggle when Lana isn't sure that
anything more than the threats of danger have brought them together? This time, Lana must make a sacrifice no one should have to make to save the man she loves.

When two become one,
And one becomes two,
Power is true 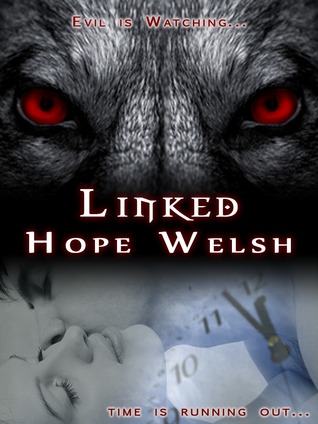 Evil is watching and time is running out. Lana Summers wants an ordinary life--and nothing to do with anything paranormal. She shuns her own paranormal abilities. When her home is broken into, Cole Thomas comes to the rescue--and he's much more than he seems. Will they be able to stop the evil or is their joining going to be the cause of evil taking control?

I really loved and enjoyed reading Linked and cant wait to read the sequel. The characters and plot was well written. The thought process involved in writing Linked could be seen from a readers point. I was instantly captivated by this story. This is the first book Ive read by Hope Welsh and Im excited to read more. There was so much excitement and suspense, oh and the connection, fiery passion between Cole and Lana was all so thrilling. I loved Cole he was my fave character he had a sense of humor but was the over protective type and once he set his sights on Lana he knew he was in it for the long hall no matter what came there way. Lana on the other hand was a but stubborn, unsure of things however that didnt last long once she got a taste of Cole.

I highly recommend this book, there were a few twists that I so did not see coming and loved it. If you like paranormal romance with a bit of spice this is definitely the book for you. 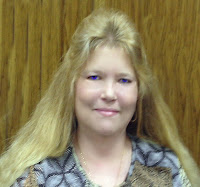 Hope Welsh writes romance fiction. Her first love is paranormal. She's also currently working on book two in the Prophecy Series. Book One is available now. Her current works in progress also include two young adult paranormal stories she hopes readers will enjoy.
She's been writing since she was in third grade, and has never looked back. She's also published some of her more steamy stories with various e-publishers using a pen name.
Currently, she lives in Florida. Hope enjoys creating characters that come alive on the pages! Her goal is always to provide an entertaining read that her readers will love.
Hope is available on Twitter @HopeWelsh and her blog is at hopewelsh.blogspot.com -- be sure to check her blog often, as she loves to run contests for her readers.
Links:
https://twitter.com/HopeWelsh
http://hopewelsh.blogspot.com
http://www.hopewelsh.net
http://facebook.com/AuthorHopeWelsh
Buy Links:
http://bit./HTLUS (US)  http://amzn.to/10K16Bz (UK)

“It’s not over.” Lana could barely suppress the scream as she awoke, her face covered in a sheen of sweat.
“Oh God,” she whispered. Cole turned to her and pulled her into his arms.
“What happened? he asked, concern lacing his quiet voice. Lana clung to him, resting her hand on the strong beat of his heart through his chest.
“Just a dream,” she muttered. “Sorry I woke you.” Cole reached over and turned on the bedside lamp. For a long moment, he didn’t speak, instead, he looked at her, waiting, she knew, for her to calm enough to talk to him. His capacity for patience never ceased to amaze her. Finally, she took a deep breath and looked into his eyes. “It’s not over.” Cole turned and looked at Lana, his dark eyes narrowed in concern. “What do you mean, it’s not over?” he asked. “You mean because of the calls?” Lana looked at Cole as he watched her carefully. Lana instinctively put her hand against her still-flat stomach, concerned for her unborn child. “I don’t know, Cole. I just have a very bad feeling,” she said quietly. She didn’t want to mention that this warning was very similar to the warning that had awoken her the night she’d met Cole. It had been her mom then…and again, now. Still, just in case it was just her mind playing tricks on her, she didn’t want to worry Cole needlessly.