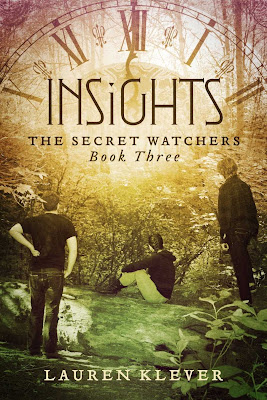 Synopsis:
Owen Ryer thought he was normal.  He thought his life was boring.  A walk into a pawnshop in eighth grade showed him that his life was a lie.  Two years later Owen has accepted how far from normal he really is.  He has a special gift, granting him the ability to see dark energy in the objects around him.  Now he’s part of a secret society where people like himself help others and fight the dark watchers who want them for their powers.
Owen has discovered that a Secret Watcher does not have to live his life alone.  He knows that he can expand his powers by working with other watchers but what will the price be?  Darkness is growing and evil thinks it has found its new prince in Owen.  They will stop at nothing to get to him even if it means kidnapping, mind-control or murder.
Owen must do more than fight; he must use his wits and every ability he has at his disposal to hold the growing darkness at bay.  Who knew high school could be more challenging than football, homework and relationships?  The dark side knows… and they’re watching. 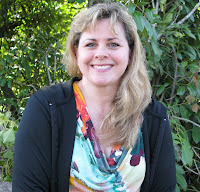 Lauren Klever is the author of the young adult series, The Secret Watchers.  She graduated from both Oregon State and Portland State University with degrees in education.  Lauren found writing to be just another way to reach her students.  She’s passionate about sharing her love of reading and writing with them.

The Pacific Northwest, with its vivid and varied panoramas is where Lauren makes her home.  When she’s not writing, she can be found working with students, reading, gardening or hiking around Mt. Hood, the Columbia River Gorge and the Oregon Coast.  Watch out for the lady with the camera, it may be Lauren scouting out the perfect shot for her next cover.

You can visit her at www.LaurenKleverAuthor.com

“I’m worried.  You’ve been working on Lucie’s problem, case, whatever, all summer.  I know you have building schematics.  I know that you have blueprints and that Marlo has researched the alarm company.  Employees have been interviewed for a phony school project.  I know you are close to ready, but I still think this is a bad, epically bad, idea.  If you get caught it will ruin everything we have worked so hard for.”
“We’re not ready to go in yet.  Marlo is still trying to work on the employee’s schedules.  We’ve been watching people come and go.  We’re thinking of going in when most people are gone but before the alarms are turned on for the night.  We’ll be fully prepared before we go in.  Don’t worry so much.  Lucie is okay with waiting until we’re ready.  She does waiting a lot better than I do.”
“Owen, you are not a police officer.  You are not a licensed private investigator.  You can’t get a search warrant for this one.  Breaking and entering brings this to a whole new and dangerous level.  Surely you can see why I’m concerned.  I hope you are doing this for the right reasons and not the wrong ones.”
“White Eagle, I have been able to finish every case I ever started.  Lucie has to finish this one.  It’s important to her and to her life as a watcher.  If we don’t resolve it – it will always eat at her.  Because she is a location-oriented watcher, school will be hell for her if we don’t fix this soon.  She will hear her victim crying in the hall again - every single time we have a class in that hall… I need her to be able to focus on the next thing, whatever it is.  It’s enough that we’re all distracted worrying about when the mysterious dark watchers will drop in at Lucie’s house and when Stephan Kraeghton will show up again, because you and I know both are inevitable.” 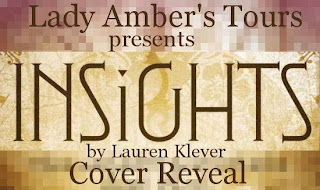