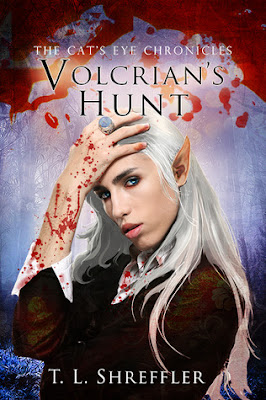 Find out more at www.catseyechronicles.com

A plague is spreading across the land. Crops are rotting. People are dying in the streets. Sora, with the help of her magical Cat's Eye necklace, is the only one who can stop it.

She must travel overseas to the Lost Isles, a place of legend and mystery. Only there can she destroy the bloodmage, Volcrian, putting an end to the curse. She is accompanied by Crash, a lethal assassin who once threatened—and saved—her life. But Sora is beginning to question her dark companion. He seems to be carrying a secret; a hidden past that could endanger them all.

Meanwhile, they are hunted by an underground society known as the Shade. For centuries, the Shade has waited for the perfect opportunity to step into the light. Now they are perilously close to resurrecting a Dark God and unleashing a wave of unimaginable destruction. They only need to collect the three sacred weapons, and Sora has already found two.... 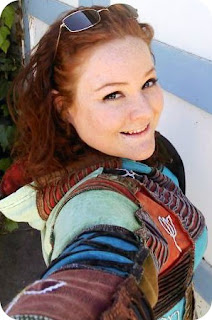 T. L. Shreffler lives in Los Angeles, CA. She loves diversity, fantasy, romance, iced tea, long walks, philosophy, and thrift store shopping. She recently graduated with a BA in Badass (Creative Writing) and her poetry has been published consecutively in Eclipse: A Literary Journal and The Northridge Review. She is author of The Cat's Eye Chronicles (YA/Epic Fantasy) and The Wolves of Black River (PN Romance.)

Crash: I don’t make lists, and I don’t like answering questions. People are too inquisitive and too opinionated. I prefer those people who keep their words to themselves; those with
1) EXPERIENCE, because they know better than to pry where they’re not wanted. They know to turn away from a fight instead of forcing my hand. I don’t like what I’ve become, but it is the only thing I know, and my
2) SKILL has gotten me through the worst parts of my life. Having something to fall back on, even if it is the
3) PHYSICAL EXERTION of the body, the fluid movement of the muscles, can make one’s troubles so much simpler. It’s like
4) MEDITATION; your thoughts go silent and you feel the rush of your blood, the grip of the blade, the sweat on your skin. Training the body also trains the mind, as you cannot reach mastery of a skill without intense mental
5) DISCIPLINE. I was inducted at the age of seven into a very harsh regimen of exercises, those that break the body over and over again, that which challenges the mind until you don’t know what the mind is anymore. But you push on, because your will is stronger, and then you come to rely on
6) STRENGTH, pure personal strength, which pushes past the boundaries of your physical limits and lifts you into a higher place, removed from the traps and temptations of the world. People think assassins are selfish and wicked, but really, my kind strives for
7) PURITY: purity in our practice, clarity of thought, a way of life that is simple and complete. We desire very little; our purpose is to retain balance in the world, to serve the Dark God and return life to which it came. At least, that is what life used to be for me. I am trying to find a new meaning, a new
8) PURPOSE that will somehow undo all the acts I have committed… I don’t feel guilty… I tell myself that… It’s not guilt, it’s the need to change, the need to grow beyond the roots of my heritage and people. I don’t need to be this way. I could be someone else, someone of
9) HONOR, who defends the weak instead of condemns them. I could be of service to the world. I could protect it. I didn’t think I was capable of that, until I met
10) SORA, who taught me that there is good in the hearts of man, there are people who will sacrifice for a greater cause, simply because they believe in it. I can believe what she believes. I can have hope for a better life, another name, another path that will lead me home--wherever that may be.