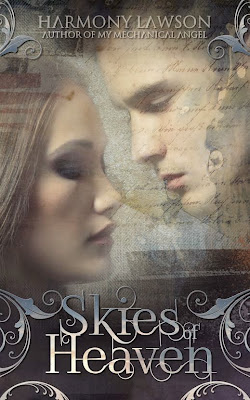 Synopsis:
Ariella's life had been perfect until she saw her family disappear before her eyes. Now she has found herself to be the only survivor on the planet. Everyone vanished without a trace. Just as she is about to do something drastic, she is confronted by a man claiming she is an angel with amnesia and he has been looking for her for over seventeen years. He also says that she was placed in an alternate world where she believed herself to be the only survivor.

Now Rumen and Ariella have to find Raziel, the angel who holds the secrets of the universe, who knows where the book of secrets is so they can use it to protect a special group of human survivors from being destroyed by demons.
Can their budding relationship endure the trials they must face as Ariella tries to remember who she is and to protect the remaining survivors of the human race? Maybe they will find love in The Skies of Heaven? 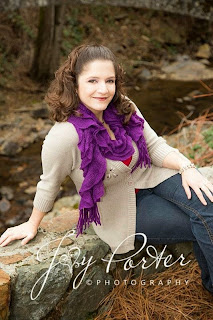 Harmony Lawson was born on a naval base in San Diego, California. Currently, she and her family live in Northern California in the foothills of the Sierra Nevada Mountains. Her education is in drawing, painting, and writing. When she read her first romance novel at age 16, she became a hopeless romantic.
Harmony is fascinated by angels, and she incorporates research in angels, the Nephilim, and fallen angels into her fictional stories. Many of the descriptions in her books reflect actual documentation found in religious documents.
While she has endured many hardships in life, she believes life will be better tomorrow. Life has its ups and downs, trials and tribulations, and Heaven and Hell. She believes the bad times are a test to prove a person's worth. Her books reflect on that concept.
Author Links:
Amazon * Facebook * Goodreads * Twitter * Web

“This has been a long time coming,” he said with determination in his voice.

Just then and expectedly, Rumen pulled me into his arms, grabbed my face, and his lips came crashing to mine. I wasn’t expecting him to kiss me in front of everyone. I was embarrassed at first because I could picture everyone looking at us, but then, in my mind, they all disappeared and I didn’t care what they thought any longer. Our lips matched each movement in the most passionate kiss I’d ever had. His lips were soft and warm. When his tongue touched mine, I felt a fire start in my heart. I was lost in him. His strength surrounded me. I felt only love and light. Again, for the second time today, it was just him and I. I could feel the electricity in the air surrounded by warmth and excitement, passion and hunger. Our embraced tightened. We had become one at that moment. Everything in the whole world made sense. He had been the one my heart had been seeking. I knew at that moment, I would never love anyone else ever again. Only him. My Rumen.

My body was on fire.