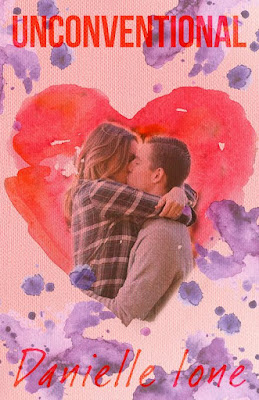 Blurb:
Jay is anything but a conventional girl. She is all about the lighter things in life; laughter, sarcasm, unattached relationships that only last for a night, anything that doesn’t deal with those pesky things called feelings. Her personal examples of love have jaded her, leaving Jay with nothing but a fear of commitment.. She’s never considered breaking out of her comfort zone and letting herself feel for anyone, until Hunter complicated everything. He’s relentless, he’s sexy, he’s everything to her.

After a major loss Hunter changed his perspective on life, refusing to let his grief take over. He takes life by the balls and never hesitates to go after what he wants; including Jayden Rae, the most stubborn, hard headed, and beautiful woman he's ever met. He’s determined to prove to her that what they have is worth the risk, no matter what it might cost.
But, what happens when there’s another force working against them, causing the already shaky foundation to crumble? There’s one thing that’s for sure, whatever the outcome, it’s bound to be unconventional.

The Limitless Series is a standalone series. Each book can be read as a standalone but it is encouraged to read them in order for the best experience. 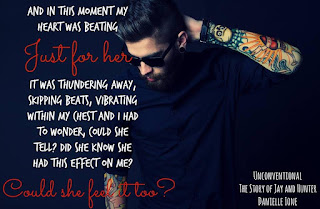 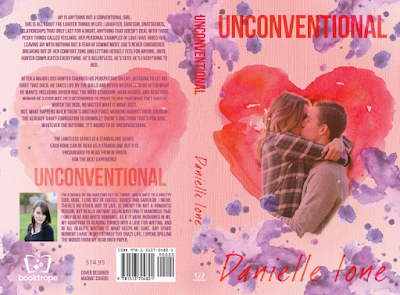 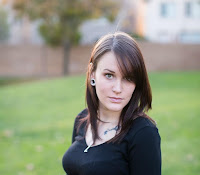 I’m a mama of an amazing set of twins, and a wife to a pretty cool dude. I live off of coffee, books, and sarcasm. I mean, there’s no other way to live, is there? I’m not a romantic person, not really anyway. So I always find it humorous that I only read and write romance, as if it were ingrained in me. My addiction to reading turned into a love for writing. And in all reality, writing is what keeps me sane. Any spare moment I have in my entirely too crazy life, I spend spilling the words from my head onto paper. 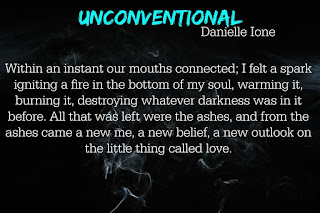 My eyes landed on him as soon as I stepped inside the bar and I couldn’t take them off of him. He was standing on stage, the band testing the instruments in the background. Hunter’s focus wasn’t on the crowd, or even the band, he seemed to be lost in his own world. His eyes were closed, and he tapped his chest twice making me wonder about the meaning behind it. He took a deep breath, opened his mouth, and the most gorgeous voice came out.
The sound of him singing enveloped me, I had never heard anyone sing like that before. He was so raw, real, intriguing. And everything about the words coming from his mouth had me stunned. A few lines in, Hunter finally opened his eyes and as if he knew that I would be there, standing in this exact spot, watching him completely unabashed, his gaze burned into mine. I was pinned and powerless because his words, his voice, his stare, it was intense—it was more than that, it was indescribable. He was indescribable on stage singing like he was doing it just for me.
As the song progressed, I listened to the words closely, feeling the need to know exactly what fueled this kind of passion. As each line blurred into the next, I realized he was talking about death and the way that death can be the very reason you live. Something about that shook me to my core and I started to feel. Feeling what, I couldn’t be sure, but the emotions rising in my chest were foreign and unnerving. It made me want to run, because if there was anything I didn’t feel comfortable with, it was emotions. But despite the immense need to leave, I couldn’t. My feet were planted to the ground as if I were cemented in place, forced to watch as he seduced the stage, the crowd, me.
Despite feeling like I wanted to bolt and never look back, I couldn’t help but feel entranced by his stage presence. He really knew how to bring people a good show. You could feel the way he loved this, it was obvious and right there in your face. It was apparent in the way he moved, as if he had no choice but to let the melody take over. It was sexy, enticing, addicting—like he needed to be anymore intoxicating to me.
I watched him, studying him, song after song, and pretended like I wasn’t staring at the way his bottom lip seemed to pout as he sang, or the way he flipped his hair, revealing those big brown eyes looking back at me. But, in a blink of an eye, everything stopped.
The last words were sung. The ending of the music played out, getting quieter and quieter. And the crowd went insane sounding like we were at the Super Bowl instead of a small dive bar. Hunter smirked in my direction and nodded toward the bar, telling me to meet him there. I didn’t move or acknowledge him before he jumped off stage, his arm around the bassist, laughing as they made their way to the back exit.
I stood in place, unsure of what to do and how to go about my life after seeing something that…exhilarating. 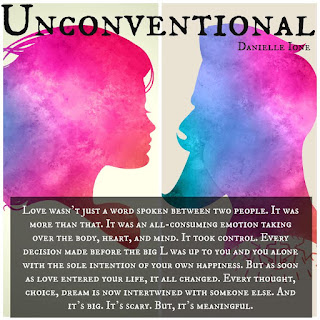 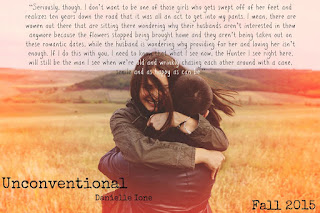