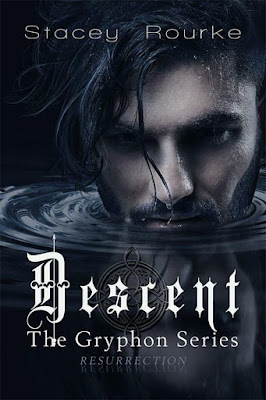 Blurb:
It's been two years since the lion roared ... the eagle flew ... and the fated Celtic warrior embraced her destiny. Now, with an unknown darkness swirling and the body count rising, the world needs a hero more than ever. A new battle is brewing. Who will answer the call to war? The time has come. The stage is set. And the Garretts are back in a brand new novella. Descent; The Gryphon Series Resurrection, Coming in Spring 2016. It's hard to keep a bad pirate down...