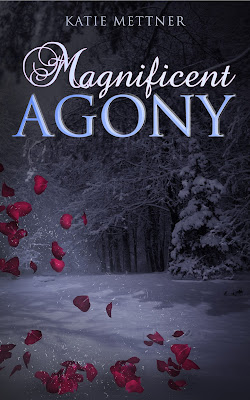 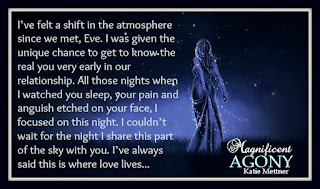 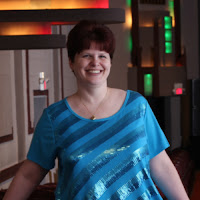 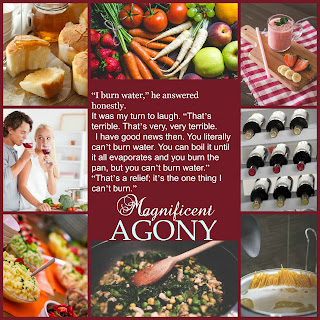 The town of Magnificent doesn’t understand why at twenty-six I’m single with few friends, but then they don’t see the sacrifices I’ve made, and continue to make, for Davis. Those sacrifices are worth it because Davis is the only family I have, and he deserves all my attention. But sometimes I wish others in town would see the late night trips I make to the home to calm him down when he’s sick, the hours I spend trying to track down liquid medication for a grown man who can’t swallow pills, the countless hours I spend keeping my business in the black so I can pay for his care, or the guilt I feel every time I leave him to be cared for by someone else. The people who flippantly judge me aren’t the ones who look in the mirror every single morning and question whether they’re doing the right thing.
I glanced at my brother out of the corner of my eye. His face had relaxed into a peaceful expression as he stroked Spot’s head. Whatever, or whomever, had possessed him to go out into the night had disappeared and left him tired. I fought back the tears that constantly pricked at my lids whenever I was with him. Tonight they were there because I knew I had to take the next step and find him a new home, someplace where he couldn’t wander away because he wants to see Mom, me, or simply because he wants to play outside like any five-year-old would.
I shut the car off and climbed out, taking a few deep breaths on my way around the hood to his door. I yanked up on the handle harder than necessary, but frustration from exhaustion was rearing its ugly head. When the light came on inside the car, he looked up at me, startled.
“I don’t like it here,” he whispered. “I want to go home with you.”
“Davis, you know how much everyone loves you here. There’s Mrs. Littlestead, Mr. Sawyer, and Grandma Sue. What would they do if you weren’t here for them to watch Clifford with?” I asked, coaxing him out of the car.
He stood and clapped his hands, his fear forgotten. “Will you read me a story and tuck me in, Darling?”
I locked the door and took hold of the belt loops on his jeans, something I had done since I was a little girl. I steered him towards the front door as a sigh escaped my lips.
“Yes, I’ll read you a story, Davis,” I promised while a tear slid down my cheek.
My name is Eve Eleanor Darling and this is my magnificent agony. 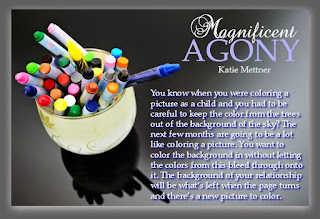 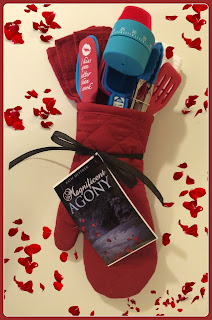