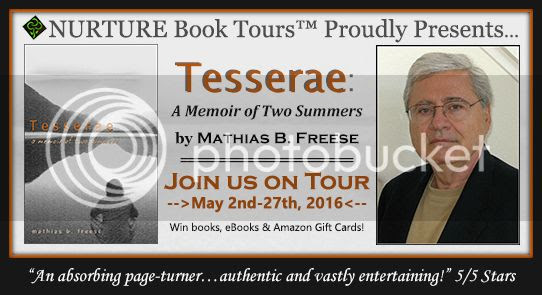 Please join us from May 2nd-27th, 2016 as Mathias B. Freese
tours with Tesserae: A Memoir of Two Summers. 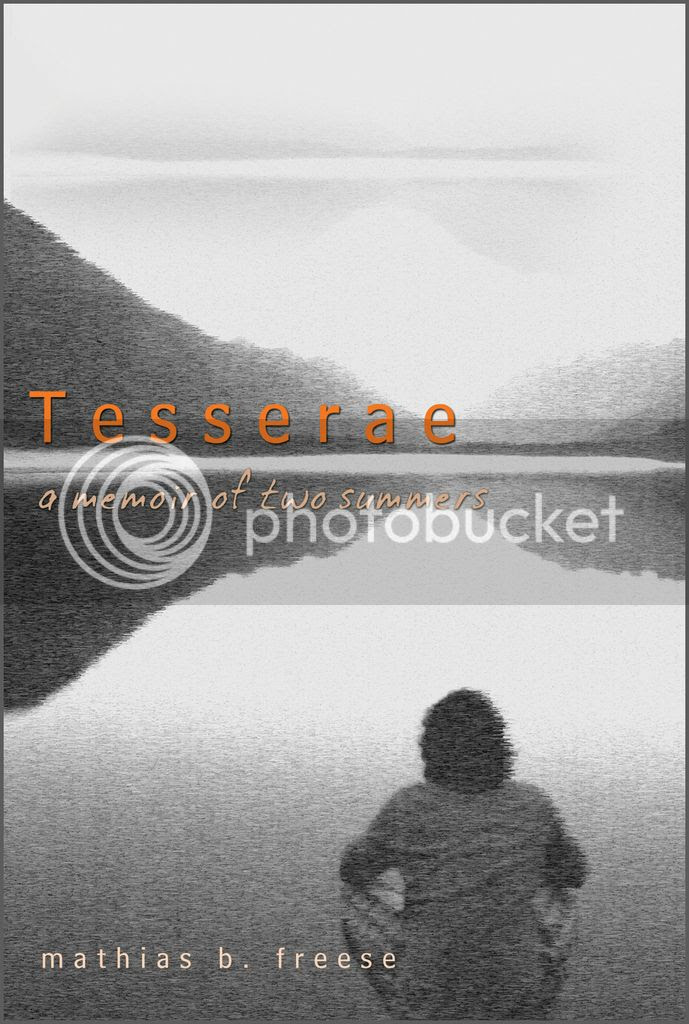 “Tesserae: A Memoir of Two Summers stands above much of the crowd in its
commitment to ask, ‘What is it to remember?’ Mathias B. Freese,
tenderly plaiting a web that spreads from Woodstock, Las Vegas, Long
Island, and North Carolina, locates friends and family, lovers long
since gone, desire and passion sometimes quenched sometimes unrequited,
and the harrowing agony that comes from that most soul-crushing word of
all, regret. But Tesserae is not a work of sadness and grief. Rather, it
is an effort from a trained psychotherapist adept at understanding the
feelings that we all have. The quiescence found has a staying effect
upon the mind; this memoir lingers in the reader’s memory for some
time.” — Steven Berndt, Professor of American Literature, College of
Southern Nevada

As I reflect now, Woodstock instructed me in how to be open to life. I
remain open until this day. I revel in it. I draw sustenance from it. It
brings power and meaning to all my writing. And I have observed that my
expansiveness, my being alive and reveling in that, make some
uncomfortable.

Schmidt “lived” on Ohayo Mountain in Woodstock, and what I have
discovered is that from 1940 to 1972 he worked on erecting his home,
Miracle on the Mountain, as he named it. The house itself burned down in
between the winters of 1968 to 1969. I was told that it had covered an
entire side of the mountain, that it had many levels and glass windows,
and myriad mirrors as well, for in the sunlight the entire house
flashed. When I first came upon it the house was in shambles, fit for
Miss Havisham. He is now labeled by the art community as part of the
found-art movement, and here we can think of the Watts Towers built by
Simon Rodia and parts of the buildings built by that Barcelonan genius,
Antoni Gaudi (Parc Guell, for instance). In the sixties Schmidt was the
subject of a documentary which I have never seen nor choose to see, for
he stands out beyond celluloid.

I was told about him by Hal, and I decided to take a look. Hal also
informed me that the price of admission to his property was a six-pack
of beer. So Woodstock. Unfortunately I was slow on the uptake and
thought that a bottle of beer was sufficient; it proved not to be.
Walking through the brush and flowering summertime saplings and scrub, I
came upon a circular place that had been cleared. In this oval was a
“nest,” a kind of gothic Lego interlocking contraption that a child’s
brilliant mind might devise. As I dimly think back I recall that beer
bottles and cans elaborated themselves upon every surface of this
“house” in orderly fashion, a crenellation.

Indeed, I learned later that Schmidt slept in a casket-like part of his
“nest.” So he had made another piece of found art to substitute for his
destroyed masterpiece on Ohayo Mountain. I gave him one bottle of beer
(schmuck!) and he commented about my niggardliness, which was apt.
Schmidt had a long and scruffy beard and he was clothed in carpenter’s
overalls. I asked if I could look around and he agreed. By this time
everyone from down under flocked through Woodstock, and perhaps he had
tired of the notoriety. I had no idea what I was looking for, but I
found it. As I browsed through many yards of trees and shrubbery, it hit
me: Schmidt had broken off legs, arms, torsos, and faces of every
imaginable kind of children’s doll and had painted them in a dull silver
paint. I wouldn’t call it eerie; it was like a bad night in The Shining
(“Redrum”). I’d walk a foot or so and another silvered and weathered
grotesque would pop into view. Schmidt apparently was a kind of Johnny
Appleseed, seeding his woods with art. All was random and happenstance;
it was a “happening,” to use the term coming into the American lexicon.
It was not a Dantesque hell, but more of an outer expression of an inner
artistic disturbance. I will not label it. I will not place it into
some movement. It was Clarence Schmidt tiptoeing through the tulips with
a sculptor’s hand. Certainly different and outré, I took it in without
interpreting it, which was a better response than any other I could
think of. I was learning to look at everything as if for the first time. 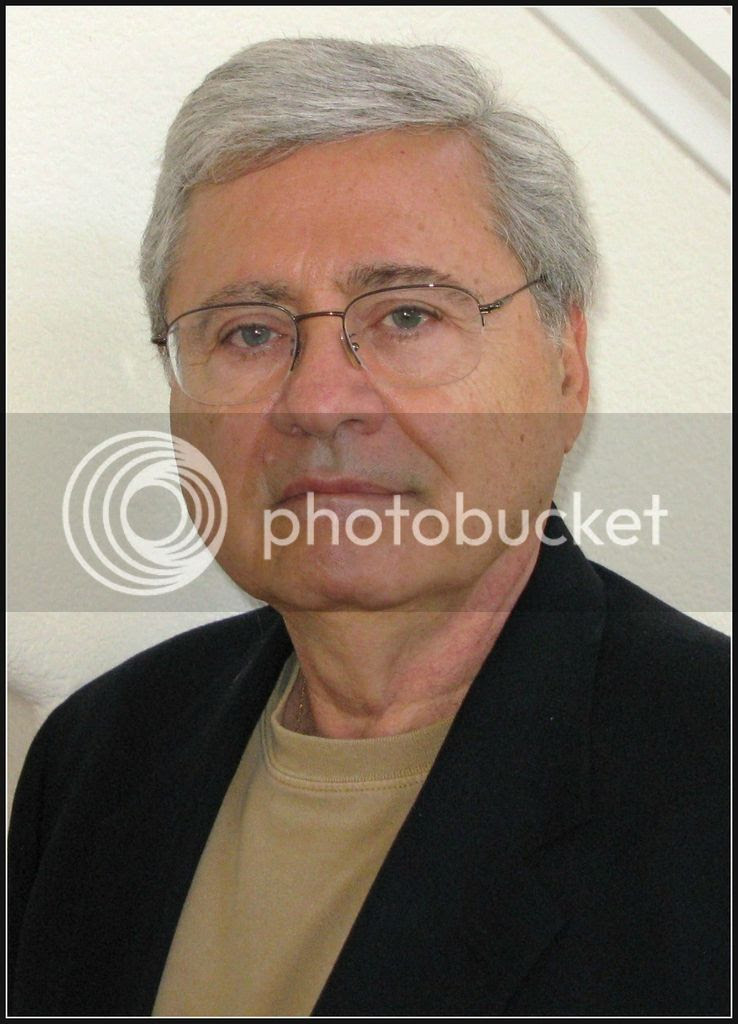 Also by Mathias B. Freese:

> I Truly Lament: Working Through the Holocaust: Finalist in the 2012 Leapfrog Press Fiction Contest out of 424 submissions 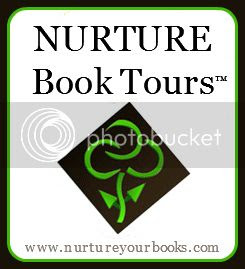