~Cover Reveal & Giveaway~ Rocked by a Vampire by Susan Griscom 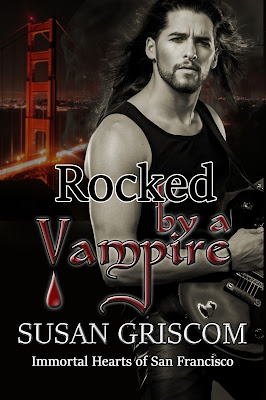 He wants to claim her, own her until he discovers something about her he has no choice but to admire, and when she lets down her guard, all he wants to do is comfort her—love her.
Vanessa has her own fears to conquer. A witch by birthright, she’s powerful yet vulnerable. How the hell will she be able to help Lane defeat his demons if she can’t overcome her own? 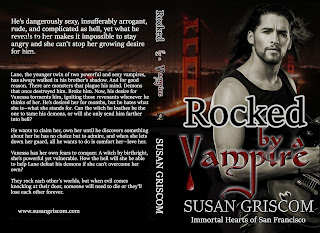 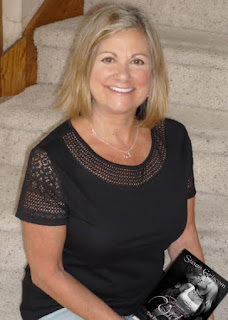