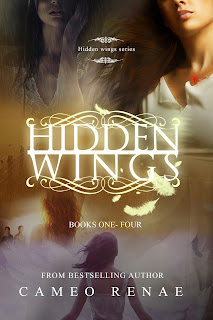 Hidden Wings:
What happens when Darkness and Light collide?
Seventeen is a life changing age for Emma Wise.
As her family's sole survivor in a car crash, she is left with a broken arm, and a few scrapes and bruises. But these are only outward marks; inside, her heart is broken and the pieces scattered.
Whisked away to Alaska, to an aunt she’s never met, Emma starts over. Secrets unveil themselves and now…she doesn't even know who or what she is.
A centuries old prophecy places Emma in the heart of danger. Creatures of horrifying and evil proportions are after her, and it will take Emma, her aunt, and six, gorgeously, captivating Guardians to keep her safe. But, if she can survive until her eighteenth birthday... things will change.
Bonus Material: Hidden Wings Inspired Poem by Amber McCallister.

***BONUS MATERIAL***
Descent, A Hidden Wings Novella is included:
In the beginning...the start of it all.
Deceit.
Betrayal.
The Fall.
Take a journey back in time, to a place where Emma's lineage begins, and where answers lie in unraveling secrets of the past. This is a story of forbidden love, an unbreakable bond, and the start of a dark adventure that will fill your heart with many emotions.

Broken Wings:
Emma’s world is falling apart, and Kade, the only one who seems to hold her together, is missing. With death lingering right outside their door, decisions must be made before it’s too late.
The Midway has refused to send help, so they are left to seek out the only other who can stop Lucian.
A perilous quest sends Emma and a few Guardians into the Underworld, where the unimaginable abide, to beseech the Prince of Darkness himself. Lucifer.
Now, they must endure the deadly levels of Hell, which not one …mortal or immortal… has ever survived.
Prepare for love, loss, and the unexpected.

Tethered Wings:
Back from their quest into the Underworld, with the threat of Lucian hanging over head, Emma is faced with yet another problem—the Immortal Bond. The bond surpasses any reason and is something so complex, not much is known about it. Once an Immortal Bond is made, it is forever. A conjoining of two fated hearts, destined to be perfect companions.
Emma’s heart, already bonded with her Guardian, Kade, has unexpectedly and inconveniently bonded with Ethon, the son of Lucifer. Now she is faced with a decision she doesn't want to make. Both want nothing more than to love and protect her.
With the arrival of new company and old friends, things are bound to get heated.

Gilded Wings:
As the final battle draws near, Emma finds herself bound under an unbreakable oath. She must seal the bond with Ethon before her transformation, or risk her life and the lives of those she truly loves. Who she wants is no longer an option.
Lucian has unleashed troops of evil beasts from the Underworld, making it impossible for Emma to leave the protective barrier of Alaine's home. War is inevitable. The Guardians will need to stay and fight their ground, hoping Lucifer keeps his end of the deal and comes to their aid.
In this epic series conclusion, burning questions will be answered, lives will be lost, and sacrifices will be made.
But who will survive, and at what cost? 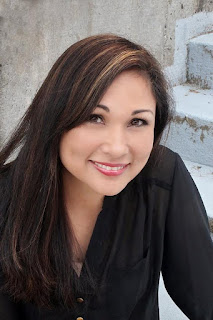 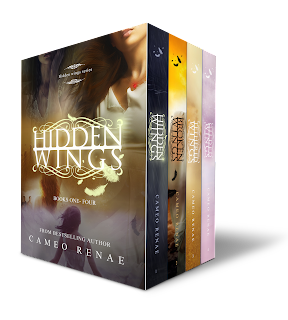