~Review Blitz & Giveaway~ Four Star Review: When It Hooks You by Nicki Elson 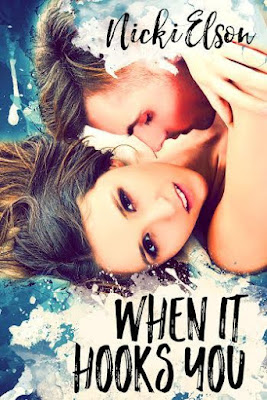 Blurb:
Three dates. It was only supposed to be three dates—he was only meant to be a fling. I didn’t want to feel all of this for him. And I certainly hadn’t counted on him keeping such a deal-breaking secret from me.

Till death is too long for Trish Cerise. The twenty-seven year old receptionist is tired of men asking for her forever when she just wants to keep things light and fun. World-traveling businessman Adam Helms steps off the elevator and into her life with his own reasons for keeping relationships at a safe distance. Together, they’re destined for the most glorious short-term romance in history…until they break their own rules and Trish learns something about Adam she wishes she never knew.

I know a future with him is impossible, but how do you break away from such an intense, consuming, heart-crushing love when it hooks you?  ~Trish

Wow, When It Hooks You is the perfect title for this book because I was definitely hooked straight from the beginning. Totally fell in love with the characters, although I was really liking Josh from the bar before Adam popped up, he was the hot bad boy every girl wants, well except Trish. She only wants fun, no relationship, no strings, nothing. That is til Adam comes along. Adam had some secrets and mystery to him from the beginning, it took me a minute to like his character, maybe because I liked Cliff too and was hoping there would be something there (BTW Nicki Elson, I want Cliffs story next). Trish was a kinda of no bull shit, still hilarious kind of character, I really liked her but although she put up this front that she couldnt be hurt, we still were able to see her vulnerable side, which I liked. Nicki Elson created a captivating story of long distance lovers with a passion for one another that was so unexpected they didnt even see it coming themselves. Adam and Trish are both wanting what they can't obtain or so Trish believes. 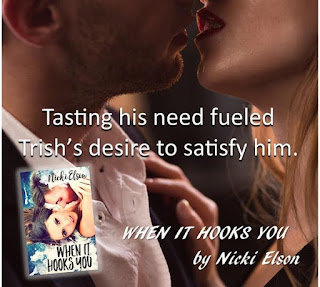 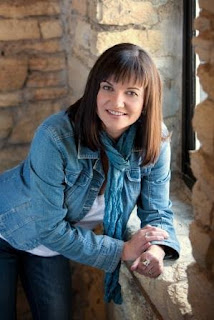 Nicki writes spicy fiction with a sweet and dreamy center. She does other stuff, too—like obsess over reality TV. Writing fiction wasn't something Nicki set out to do; it just sort of happened when she realized writing reports was by far her favorite part of her investment consulting position. She traded stock allocation and diversification for story arcs and dialogue and now weaves her creative writing time in with the other activities of her busy life with her family in the Chicago suburbs.

“Do you miss him?” Adam asked.
“The ex-boyfriend who lives here? At times, I guess.”
“Is there any chance you brought me here because you want to run into him?”
She considered the idea, but shook her head, leaning her back against Adam’s chest. The temperature had lowered from the hot day at the baseball field. It was still warm enough for Trish to be comfortable in her strapless dress, but his body heat against her bare skin felt nice. “I saw him a couple of weeks ago—with his new girlfriend. I’ve apparently got some residual anger about the way he broke up with me, but no part of me wants to get back together with him.”
“Then why are we here?” Adam murmured into her ear.
“For this.” She swept an arm over the railing, gesturing toward the sky. “Showing you the sunset is the only reason, I swear. I never felt forever with him; end of story.”
Adam’s light exhale tickled Trish’s shoulder. “I’m glad for you that you can see things so clearly. Staying with the wrong person can end up being more lonely than being alone.”
“Sounds like you learned that one the hard way.”
“I did.”
Orange relinquished more and more of its claim on the sky. The massive smudge of color stained the clouds stormy gray even while their cottony edges flamed. Adam dropped a hand from the railing to wrap his arm around Trish’s waist.
She started at his touch and tilted her head to look at him. As soon as her eyes locked on his, he dropped his arm and shifted his gaze away from her to look across the wide deck toward the lake. The brilliant blue in the east had darkened to midnight. She turned her whole body to be front-to-front with him. Touching her hand to the side of his face, she brought his focus back to her. She was done waiting for him to make a move.
“I know you said it was best to not get physical,” she said, noting the faint press of new stubble against her palm. “But I hope kisses don’t count because I’m going to kiss you, Mr. Helms. If that goes well, I don’t plan to stop until your face turns purple and you’re gasping for air.”
He didn’t move or say anything to dissuade her, but a terrified flash raced across his eyes—now made coppery under the scorched heavens. Trish plastered her mouth against his. She’d take away his fear. She’d pull him up to the surface of his melancholy sea and breathe lightness into him.
His mouth was stiff, but she touched her coaxing lips to his again and again until he relented. He was gentle, almost timid, but at the first graze of her tongue against his, he lunged into her. One of his hands splayed across her bare back and the other claimed the base of her spine, pulling her against him. His kiss became ravenous, nearly desperate.
Tasting his need fueled Trish’s desire to satisfy him. Their frenzied mouths moved against each other. Only half aware of what the rest of her body was doing, she raked her fingers through the back of his sculpted hair and coiled a leg around him.
The muted sound of the latch engaging at the rooftop entrance recalled them to reality. She lowered her thigh, and they pulled their mouths apart but continued to hold each other close. His heavy breath cooled the wetness coating her lips.
“Is my face purple enough for you?” he murmured as a boisterous group emerged onto the roof.
Trish laughed, leaning in to rest the side of her face against his. “I’m not through with you, Mr. Helms.” 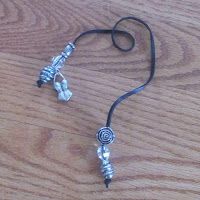 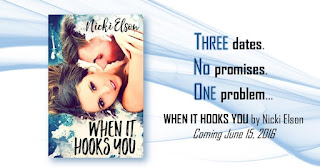