~BookBlitz~ In All My Dreams by Ciara Knight 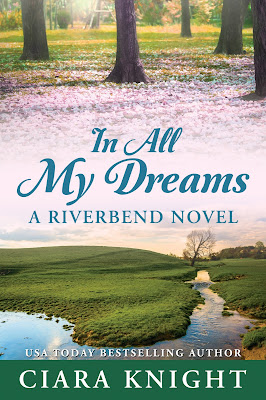 Blurb:
D.C. Agent Brady Lasiter lives to take down the bad guys. Until journalist Charlotte Rutledge struts into his life with a story that can dismantle his entire Narcotics and Special Investigation Division.

Charlotte Rutledge lives in small town America, but she hits hard at big town problems as the anonymous creator and editor of a true crime magazine. Fueled by the unsolved murder of her sister, she'll do anything to uncover the truth. Even if it means forcing Lasiter out of his carefully constructed shell.

After Charlotte's true identity is reveled, she and Brady's lives collide in a battle to save her town from becoming collateral damage. But when Charlotte receives death threats, Brady must choose between his job, his men, or the dream woman who shattered the shield protecting his heart. 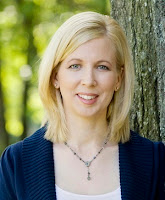 He held onto the door frame over his head and leaned into her room. The mass of him made the room feel smaller, cozy and warm. “I think you look beautiful no matter what you’re wearing.”
She nervously toed the floor, an uneasiness she’d never felt around men making speech a struggle. He’d called her passionate before, and talented―oh, and let’s not forget stubborn, but never beautiful. “You, um, sleep?”
“No, not really. You?”
She shrugged. “Some.”
He inched further into the room, near the bed where she stood. “There’s something I’ve been wanting to ask you.” His words caught her attention and her breath.
“What’s that?”
“What’re you going to do when this is over?” Brady leaned against the footboard, bending to match her eye level.
“With what?” She grabbed the bed post near him to keep herself balanced, telling herself it was her sleepiness making her dizzy, nothing more.
“Are you going to stay in Riverbend? Because, you know D.C. has a lot of opportunities. I have a contact in one of the major news stations there. I hope you don’t mind, but I shared your photo and told her some of your accomplishments. She thinks you’d make a great reporter.”
“Really? I don’t know. I like writing, but I’m not sure I’d be good in front of a camera.”
“Are you kidding? The camera will love you. Who wouldn’t?” He cleared his throat and scrubbed his stubbled jaw then leaned sideways into her personal space. “What do you think? If you moved there, I could show you around or something.”
Was he inviting her to move up there with him? “I don’t know. I mean, I like Riverbend a lot. Even if I had to give up my online magazine, I still make enough on my fashion website. I could remain here on that salary easily. Not to mention there’s the university so close.” A part of her ached at the thought of leaving Anna, Kate, and Cynthia, the first women she’d met who she felt she could call friends.
“Oh.” He looked at his bare feet like a dejected puppy.
She scooted closer to him, wickedly close. “Of course, I can write and run an online business from anywhere. I always keep an open mind to possibilities. Nothing will come your way if you don’t.” Maybe it was about time she started opening up to the world. Maybe even to people.
He took her hand and guided her in front of him. Her breath caught in her throat at his touch, at their proximity in the small bedroom. “I think you’d like D.C. It’s not Riverbend, but it’s got its advantages. I’d love to work here if I could, but unfortunately, that isn’t possible.”
Charlotte shifted between feet, edging closer to him, enticed by the smell his day-old cologne. It was woodsy and daring, yet subtle. “I guess there’s good and bad to a city having a zero-percent crime rate.”
He slid his fingers between hers and tugged her a step closer, until they were nose to nose. Shorter than him by nearly a foot, she’d never been able to look so closely at his face. The strength of his jaw, his fearless dark eyes, the stubble that made her want to touch his cheek to see if it felt as sexy as it looked.  “After getting to know you, I’m surprised you’re happy in such a small town. I’d think D.C. would be a better fit. You seem so…adventurous, strong, and independent.” He moved his head slightly to the right, his nose grazing hers.
Charlotte sucked in a breath and knew he’d heard it, too. “I have a confession to make,” she whispered.
Brady squeezed her hand as if to reassure her he could be trusted. “What’s that?”
She lowered her head so her nose touched his neck then skimmed up until she reached his ear. “I wouldn’t mind trying something new.”
His breath came in short, rapid bursts and she knew she affected him. Their game was turning dangerous, the kind you couldn’t walk away from easily. His arm lowered to her waist and he pulled her to him, his lips grazing her skin from her cheek to her ear. “I think I’m ready for something new myself.” He kissed her earlobe, sending a shiver through her. “But I’m not talking about a job anymore.”
Charlotte’s pulse thundered so hard she feared he could feel it on her neck. “Neither am I.”