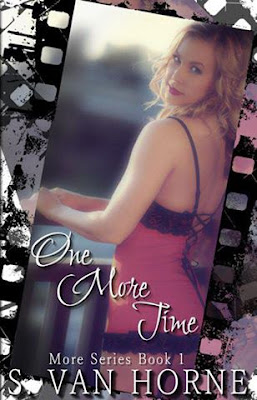 Blurb:
At twenty-five Len Shields had it all, a promising medical career, a loving family, amazing friends, and her brother back from his time in the Navy. Everything was perfect – until the first letter…

At twenty-seven Dante DeLuca was finally finished with his time in the Navy and was starting his new career at Seal Security with his buddies from the service. Everything was finally settling into place for him—until the phone call…

Now the hunt is on to find a stalker that could shatter everything Len and Dante have been building…including the love they have for each other.

When they both finally admit their feelings for each other the worst happens… Will they ever get their one more time? 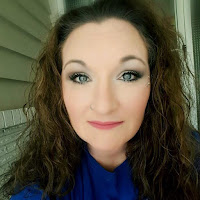 S. Van Horne was born and raised in the small town of Belton, Missouri, which is a part of the Kansas City metropolitan area. She is from a very large family and is the oldest of six. Growing up she did not have the easiest life. She learned quickly that family means everything, even if it is the type that you get to pick for yourself. She met the love of her life at the early age of 20 and was married just after nine months of meeting him. Shortly after marriage, her husband rejoined the U.S. Navy and they moved from Kansas City and started their journey together. Currently they have two amazing children, a boy and a girl, and are still enjoying the Navy life. They are looking forward to retiring shortly to the great state of Washington to be closer to their God daughters/nieces and their parents.


She spends her days being a Navy wife, homeschool mother, reading books, writing her latest novel, watching her beloved Kansas City Chiefs or Kansas City Royals play, watching movies, hanging out with family and friends and having girls days at least once a month.

“I’m going to show you sexy sailor, mio tutto. Sin, will you get the stuff from the shore? I have something to take care of,” I yell at him while carrying her to the house.

We’re almost to the bedroom door when we hear moans coming from the room down from us. I start to walk faster, but what we hear next has me stopping in my tracks.

“If you don’t stop those noises I’m going to gag you, Sara,” Lucky growls.

I start laughing and run into our bedroom. I barely make out snickers coming from Lucky’s door as I shut the door to our room. I pull Len from my shoulder and place her on her feet.
Oh, tomorrow’s going to be very interesting to say the least.

“God, that’s so not something I ever want to hear my brother say again,” Len says and wipes the tears off her face.

I slowly walk up to her and lust fills her eyes the moment she realizes that I’m about to ravage her. She’s taking steps backwards until her legs hit the bed and ends up falling onto it. I crawl up her body and make my way to her ear. I nip the lobe and it makes her moan out. Not being able to help myself I move my lips to her ear and whisper into it, “If you don’t stop those noises I’m going to gag you, Len.” I start silently laughing as she burst out laughing.

“Damn it, Dante, that just ruined the moment.” She giggles.

“Let’s see if I can make you want me again.”


I go about worshiping her body which makes her have to hide her head in the pillow to scream out her release.