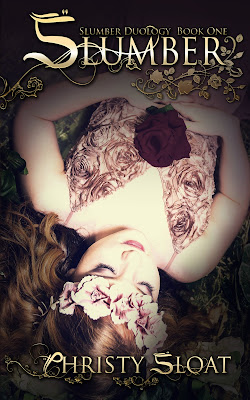 Blurb:
Not all princesses get their happily ever after…

They tell me I killed my boyfriend Phillip in cold blood. I stabbed him twenty one times. I’m only seventeen years old, and I am serving life in Spindle Ridge Asylum for the Criminally Insane.

I don’t remember killing him, so it’s really hard to believe I’m capable of murder. In fact I don’t remember anything before I came to Spindle Ridge, not even my boyfriend.

I can only grasp onto my realistic dreams while the madness of the asylum threatens to pull me under.  I dream I’m a beautiful princess and there is an evil faerie named Maleficent who is bent on my destruction. The dreams are the closest thing I have to memories of my life, except they aren’t real.

I’m crazy. I’m not a princess.

They’re the mad illusions of an irrational teenage girl, right?

They’ve assigned me a new doctor, and she says I can trust her, and that she’ll help me see the truth of who I really am.

When she arrived she brought a new patient, Sawyer, who is everything Spindle Ridge isn’t: exciting, mysterious and beautiful. He promises he’s here to rescue me. Trusting either of them frightens me.

Could it be possible that my dreams are more than just the imaginings of a delusional girl? Could they be truth? 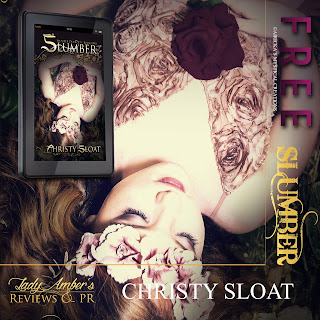 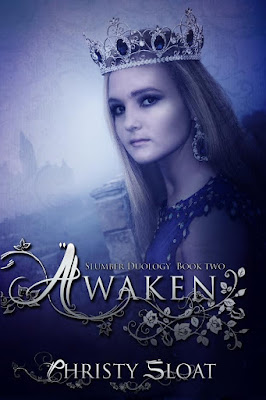 
“Happily ever after is hers for the taking.”


Once upon a time I found myself locked away in Spindle Ridge Asylum, punished for a murder I didn’t commit. It was all part of Maleficent’s evil plan. I didn’t remember who I was then … now I do. My name is Aurora, and I am the rightful queen of this realm. Armed with my memories, I’m ready to take charge of my kingdom once more. Happily ever after evades me, yet I long to claim it with my true love, Sawyer, beside me. That fairy tale ending seems impossible with him locked in the thralls of a sleeping curse. As much as I’d love to sit by his bedside and eagerly await a cure, I must first travel into the terrifying Dark Woods to stop Raven from stripping me of all that is rightfully mine. I am not only a queen, but a warrior who will fight for her kingdom. Some may die. Blood will be shed. But when this ending comes, I will settle for nothing less than a blissful ever after.

Excerpt: (From Slumber, Book One of Slumber Duology)

I woke in the middle of the night hearing screams fill the air. This was not uncommon at all, but tonight I wasn’t expecting it. Normally when Adele’s meds are changed, she wakes screaming that she can’t sleep. Adele’s room is across from mine. She is roughly in her twenties and I never learned how she ended up here. I try not to talk to the other patients. I don’t know why it is, but I don’t fit in with these people. To them I’m the murderer and they tend to think less of me. That’s fine. I am what they say I am. That’s why I’m here, right?

They told me I stabbed my boyfriend, Phillip, but I don’t remember doing it. I actually don’t remember Phillip at all. No recollection of having been in a relationship either. I must have killed him or else I wouldn’t be in Spindle Ridge.

I sat up listening hard for the screams. When they came again I noticed they were not female, they were male. The screams were deeper and reached a longer distance than Adele’s cries ever could. I wondered if the whole building could hear him.

I pulled my covers up over my neck and covered my face. I just wanted to sleep and fall back into the dream I was having. It was beautiful, and if I had my way, I would stay there forever.

I sat up fast. Closing my eyes, I tried to remember the dream to the last second. It wasn’t the same dream as the one’s prior. This dream was different! This dream was me and a boy.
I never dreamt of anyone but my parents and the evil woman. The dream’s soft lullaby came back to me as I remembered where I was.

The smell of fresh grass came across my senses.

The sky so blue as I lay on a blanket. I rolled over and saw the face of a boy. He was everything that Spindle Ridge wasn’t; he was beautiful. He had long, shaggy, but not unruly, hair that touched his collar. When he smiled at me, he looked like a boy in love. In love with me.

I opened my eyes and was pulled back into the now. I was forced to leave the dream behind as I was being pulled out of bed by two nurses.