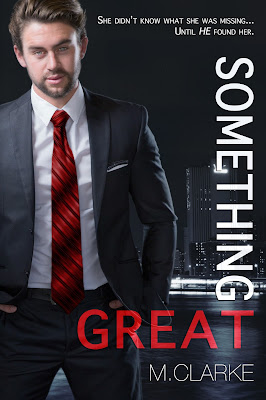 Blurb:
* This is a New Adult romance novel recommended for ages 18+ due to sexual content and mature subject matter.

She didn't know what she was missing...until he found her.

Maxwell Knight was dangerously good-looking, seductively charming, and definitely trouble. He was everything Jeanella Mefferd did NOT need now.
Fresh out of college, life was predictable and comfortable for Jeanella. She had the strength of her friends, the security of her job, and she was dating a reliable man; it was all smooth sailing. That was until one night, when she met someone who made her feel things she'd never felt before--dangerous, heart pounding, breathless heat. Never imagining she would see him again, Jeanella has no idea what to do when fate steps in and thrusts Maxwell Knight into her life, just as things were beginning to change around her. When she lands her dream job and travels to New York for Fashion Week, can she focus on her career instead of on Maxwell?

Will she ignore all the danger signs and jump straight into his arms; or would she miss out on the chance of finding something great? 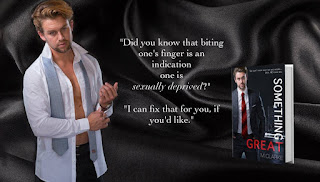 When he turned to reach for his computer, a cold empty space took his place. Standing there, breathless, I was immobile for I don’t know how long, until Max brought me out of it.
“Jenna….”
I turned. He was outside of my room, so I followed his voice…across from where I stood, still in my bedroom, him in his. He was topless, with a bath towel around his bottom half. Oh dear Lord. I had imagined what his chest would look like underneath his sweater or T-shirt on many occasions, and he did not disappoint. With ripped muscles along the curve of his arms and six-pack abs that sizzled, he made my dreams come alive.
“Just to let you know, you agreed to go on a date with me.”
“What? I don’t remember. Was it when I was not myself? ‘Cause that doesn’t count.”
“Everything counts, babe.” That was the third time he’d called me that. My heart did a pleasant flip, and I wasn’t sure if I liked that feeling. “We’ll talk about it later.”
“There’s nothing to discuss.”
Then I heard the water running from his side of the room. “What are you doing?”
“I’m going to take a shower.”
“I thought you already took one.”
“Babe, after what just happened, I need another one, and a lot colder this time.”