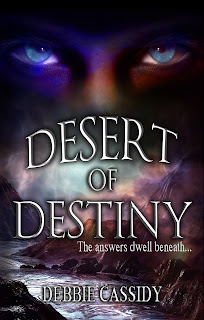 Blurb:
...Priya was overcome by a longing to know him, to understand him, this man who had given her life. But her life was soon to end and she would never know anything ever again. Her vision blurred and she wiped at her eyes.
“Do not be afraid, Priya,” he said.
“I’m just a girl, in the face of death I don’t know how else to feel”

The answers dwell beneath...

The capital has been taken and the streets run crimson with the blood of the innocent. The only hope to end the butchery lies in finding the Fist, a duty which rests heavily on Priya’s delicate shoulders. A responsibility that she believes will be shared by her allies, until the moment the illusion is shattered...

Suddenly Priya is on the run.  With the shadow of betrayal over her heart, Priya must step onto a perilous road. One that will test her limits, and throw her into the path of a danger from which there may be no return. As alliances are tested and secrets are revealed, Priya must decide whether the bonds of blood will serve to define her, or whether her destiny can be hers to forge alone.

To save the Isle, Priya must first save herself... 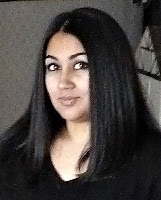 Debbie Cassidy lives in England, Bedfordshire, with her three kids and very supportive husband. Coffee and chocolate biscuits are her writing fuels of choice, and she is still working on getting that perfect tower of solitude built in her back garden. Debbie has been writing for eight years under the pen name Amos Cassidy with her best friend, Richard Amos, but the Sleeping Gods Series is her first solo venture, and Desert of Destiny the second book in a four book high fantasy saga.

You can connect with Debbie via her website at amoscassidyauthor.com. Check out her personal page and her other books under the pen name Amos Cassidy. You won't be left without a great read while you wait for the next installment in the series.

Sign up to Debbie's newsletter to get updates on her new releases: http://amoscassidyauthor.us10.list-manage2.com/subscribe?u=f76c8c798d67fc89872bcd9bd&id=23d1a8a76e

ARYAN
He was wide awake and on his feet before he knew why. The interior of the barn was warm and humid from the exhalations of the five men and cattle, yet he knew what had awoken him lay outside.
“What is it chief?” Bojan whispered.
“I’m not sure. Maybe nothing.”
Bojan’s lips turned down. “You don’t believe that.”
“No. No I don’t. Wake the others, quietly.”
Bojan snorted. “And Fen?”
“A swift kick up the ass and a hand over his mouth to staunch his yelp should suffice.”
The two men exchanged a conspiratorial look. Fen was, and always had been, a heavy sleeper. Aryan recalled a time they had dressed him in female robes and painted his face with rouge and kohl, all while he slept. The horror on his face when he had realized what they had done still brought a chuckle to his throat. Right now the chuckle was ominously absent. Fen, more than the rest of them, was struggling with what they had become, and Valesea’s position as the source of all evil didn’t aid him in coping. She was the woman Fen had loved.
Aryan strapped on his weapons belt, shrugged on his furs, and moved on stealthy feet toward the barn doors. The gaps in the planks that made up the entrance were wide enough to gain a good view of the outside.
He scanned the yard; the tall tree in the center standing majestically, its naked arms a dark map against the moonlit sky; the small farmhouse, silent and sleeping. It was strange, the darkness, the moonlight. It made everything seem so . . . peaceful. His brows met; maybe he had dreamt the disturbance. He made to turn away, preparing his apology to his tired men when a figure broke from the shadows surrounding the farmhouse and moved low and fast toward the barn. More shadows came to life, breaking away from the mass one by one and stealing across the open stretch of ground.
Aryan stepped back, reaching for his sword and grasping air. Crud! He’d forgotten he’d lost his sword to a possessed tree.
“Chief?”
Aryan looked up as Bojan drew his sword and handed it over. Aryan hesitated a moment but Bojan simply grinned, reaching over his shoulder to draw his mace.
Aryan matched his grin, taking the proffered sword. Around him the barn had come to life. His men were ready and if they went down they would do it fighting.
“How many?” Fen asked rubbing his backside absently, all sleep chased away by the imminent threat.
“Seven, maybe more,” Aryan said.
“Crud!”
“We can take them,” Cadoc said with a conviction that made Aryan’s chest swell with pride.
“Guru. Climb up to the loft and hide. Do not come out until one of us comes for you,” Bojan instructed.
Guru’s face had drained of color, yet he swallowed and held his ground. “Give me a weapon, I want to help.”
He was no coward this one, but his valor would serve no purpose in this fight. His slight body would be mere kindling to their attackers.
Aryan offered a smile to soften the rejection. “Thank you friend, we respect your courage, but we need you alive if we are to find our destination.”
Guru’s jaw jutted in defiance. Aryan stared him down. Guru’s shoulders slumped and Aryan turned back to the doors knowing at least one battle had been won.
There was only one way in or out, no windows except the one high in the loft.
“Brace yourselves,” Aryan said.