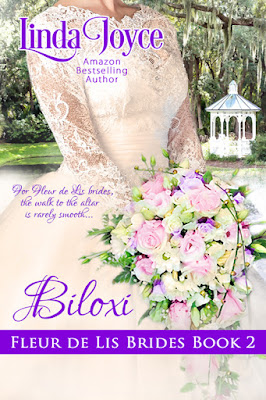 
While Nick wants Biloxi to have a drama-free wedding, he insists his estranged father replace her brother as his best man. He’s also adding one more to the guest list—his long-lost mother sharing a shocking revelation. After all, every family wedding photo needs both sets of parents.

To get to the altar, Biloxi and Nick face a battle where the family loyalty lines are murky. Will they ever say “I do” and have a true happily ever after? 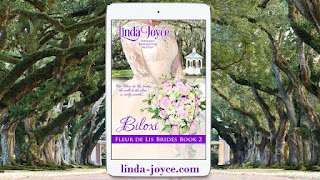 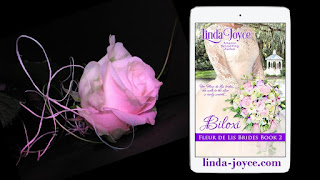 “Oh, Nicholas, I can’t handle more conflict. Camilla is grumbling about going back to Wyoming for the summer. She and Jared are arguing about it. My parents are thinking of selling their home—I love visiting their home in the Garden District—and buying an RV, like the one James’ grandparents own. Aunt Macy constantly bickers with Momma, they’re like pecking hens…I’m tired with a capitol T.”

“Which is why, I want my mother to come to the wedding. If my father is my best man—maybe there’s a chance of reconciliation. He’s been sober for a long time…but she could be the catalyst for even more change. It’s a risk I want to take to bring my family together again. You, of all people, understand that.”

Biloxi rose and paced. “Do you understand the explosion that could take place? Your mother materializes out of nowhere, just in time for the wedding Then you want to change who represents you as best man? All so close to the wedding. It’s a slap in the face for my brother. My mother will be so insulted. Grandmother Elise will be so disappointed.”

“I’ll tell them. I’ll shoulder the responsibility for this.”

Throwing up her hands, Biloxi shouted, “You don’t understand. The minute after you tell my mother, Hurricane Deidre will be on the phone calling me to demand to know why I didn’t warn her. I’m damned if I do and damned if I don’t. Damn it to hell! Is all of this worth it? I just don’t know anymore.”

She stormed upstairs. She didn’t want to be a widow before she had the chance to be a bride. 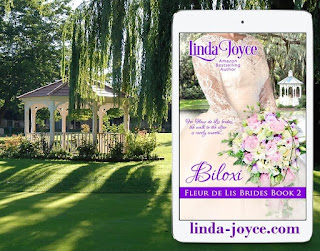