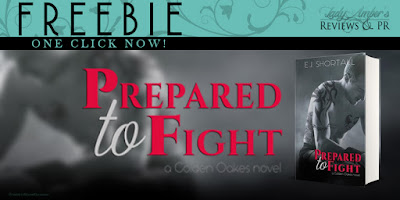 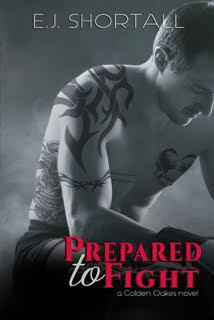 Blurb:
Live each day as if it were your last. Worry only about yourself. Work hard and never, ever fall in love. That’s Olivia Buchanan’s motto and she stands by it every day.

Feisty, headstrong and confident, recent graduate Liv is fighting to succeed in the male dominated field she has chosen as her career. As an architect for her best friend's father's respected London based company, her chance to shine and become recognised comes when she lands the prestigious account for GO Sports and Leisure.

Armed with her plans and determination, Liv is ready to deliver the presentation of her life. That is, until he walks in. The mysterious personal trainer from the gym. The only man to have ever made her heart flutter. But he isn't all he seems.

When MMA fighter, Nathan Oakes offers Liv a business proposition to join him in Southern France, she’s left questioning his motives and wonders if she should refuse. She’s also equally intrigued by the prospect of what the trip could do for her career.

Liv has no time for a relationship. Nate doesn’t want one.  When forced to live side by side, feelings are stretched and emotions are battled. Can they keep their professional and personal lives separate, preventing them from falling into something they both need to avoid?

***This book contains adult content, scenes of explicit sexual nature and language some may consider crude or offensive, it is intended for readers aged 18+***

E.J. Shortall is a homebred resident of London, England.
During her youth, she enjoyed getting lost in the worlds of fictional characters and writing their tales. Sadly, as she grew up and had to adult, life got in the way and making up stories was forgotten. Following a moment of inspiration in 2013, a new fire for literature was reignited. Deciding to put pen to paper to jot down the few words she had, not expecting anything to come from them, she quickly got caught up in her characters and the words started to flow. Those initial few words soon turned into her first full-length novel. With the encouragement of friends and family, Silver Lining was first published in February 2014. Now, several books later, she feels it is safe to say she loves ‘this writing business’ and getting lost in narrating fictional worlds has become her passion.
She writes captivating contemporary romantic fiction that will draw you in and leave you wanting more.
“I’m on one amazing roller coaster ride at the moment and loving every minute of it. I have met so many new and wonderful people, discovered new music gems to integrate into my stories, and learned so many new skills. I cannot wait to see where this journey takes me.” 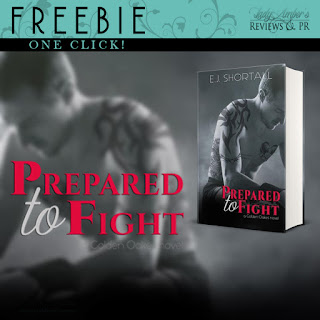 “Because you’re famous, Nate,” I replied softly. Despite his eyes searching mine, looking concerned and unsure, his lips tipped into a small smile. I realised it was because it was the first time I’d called him anything other than his full name. That fact made me think that somewhere along the line our relationship had changed. It had morphed from just being trainer and trainee, helper and helpee, to something more. Was it friendship? Had we become friends? No, it felt different to that. Adam was my friend; I now classed Cassie a friend. With Nate, things felt different… more powerful.
But had he not thought that at some point in the beginning it would have been useful to say ‘Keep that fucking back straight, oh and by the way, I’m Nathan Oakes, world famous MMA star. Thought you should know.’
“I thought you were just an ordinary guy—”
“I am.”
“—feeling sorry for the ugly, fat butted burden on society.”
“You are not ugly or fat and certainly no burden on anyone,” he growled.
I smiled courteously but knew he was only being polite. “But you’re not are you? You’re not some ordinary guy. Why waste your time helping out someone like me?”
Making my way back over to the framed belts, I studied each one. Those things weren’t easy to win. I’d heard Adam and the guys ranting about enough boxing matches over the years to understand that only the best of the best won them.
“I didn’t tell you because I didn’t want this. I didn’t want it to have any bearing on how you saw me. Women throw themselves at me on a daily basis, Liv. They are willing to pay extortionate amounts for my time but they don’t focus. It isn’t personal training they are really after. They come to me for one reason only. To bed a famous MMA star.”
I barked out a laugh. “You have no worries there with me. I could care less what your status is. I don’t even get the sport. To me it seems like a bunch of guys rolling around together using the ‘manly’ sport as an excuse to feel each other up… no thanks. Not for me.”
He smiled, his eyes twinkling under the inset spotlights. “I can assure you, no touching up takes place in the octagon.”
I scoffed. “The octagon? What, four sides isn’t enough for you, you need eight?” I stood tall and crossed my arms over my chest. I needed to show him I hadn’t been affected by this news, yet in reality, it had rocked me to the very core. I was standing in front of someone famous, someone women across the globe probably lusted over. Women he could easily have and probably did. My eyes closed and my lips pulled into a flat line as I imagined some blonde bimbo on his arm, accompanying him to his fights and seeing him rip into his opponent with feral power. Afterwards, they would be together as she helped him come down from his fight high. I shook my head and opened my eyes, trying to rid myself of the unwelcome images.
Nate started laughing. The sight of it was so unexpected and beautiful that I found myself completely forgetting my unpleasant thoughts. My scowl was soon replaced by a quirk of my lips.
“You are a breath of fresh air, you know that, JB?” he said, drawing me against his firm body and placing a kiss to my forehead.